Today may mark a turning point not only in two places that have been in the news these days – Venezuela and Ukraine – but also in the larger political story of our times. 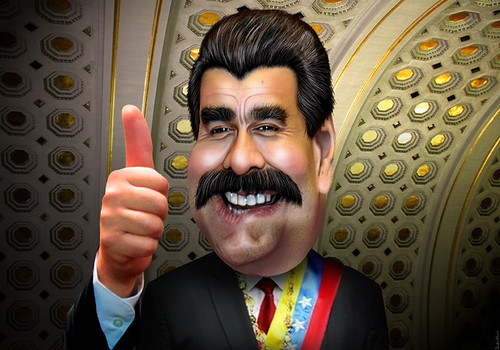 In Venezuela, President Maduro negotiated with his opposition on TV. In Ukraine, Prime MInister Yatsenyuk promised his obstreperous polity more autonomy, backing down from a threat of force to evict Eastern Ukrainians from government buildings they’ve been occupying for the last week demanding referenda.

Some will say I’m seeing what I want to see, but I prefer to identify trends rather than small discrete victories.  And time will tell: I believe these are markers in the slow but certain turn of civilization away from two hundred years of large political systems and toward the real people’s power that coincidentally is dictated by the looming climate crisis.

In a world that exhibits an increasing diversity of ideas, ideologies, and religions, in which desperate southern peoples still risk life and limb for what they believe will be a better life in the north, those hitherto on the fringes of their respective societies – the Greens, the students, the women, the minorities that exist in every land – are becoming the dominant voices, no longer waiting to be heard by the powerful, but taking matters into their own hands.  In order to survive, governments, like those of Maduro and Yatsenyuk, must adapt to that new reality.  These two men represent diametrically opposite philosophies, but tellingly, both are dealing with the same new world.