What are they trying to hide?

When you think about some of the most secure locations in government, what comes to mind? Fort Knox? The Pentagon? Maybe the White House?

I have lost count of how many legal battles I have won against the federal government over the last 25 years. I think it’s somewhere in the neighborhood of 30.

The only case I have ever lost was when the Supreme Court declined to review my Freedom of Information Act appeal for the phone records of the Small Business Administration’s Press Office Director, Mike Stamler. (press release) 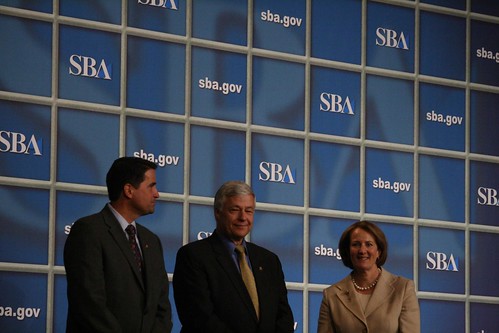 After all these years of winning Freedom of Information Act cases against the government, I have learned you can tell how damaging the information you’re trying to obtain is based on how hard the government fights to prevent the disclosure of the data. (video)

In preparation for my case against the SBA, I submitted Freedom of Information Act requests for the Press Office Director’s phone records from several similar sized agencies. Every other agency simply emailed me the phone records with no drama and no objection. Not the SBA, they were willing to go to the Supreme Court to withhold Mike Stamler’s phone records. Why?

Before I tell you why I think the SBA was willing to fight to the death to withhold Stamler’s phone records let me tell you a little story. About five years ago I had an appointment to meet with the SBA Inspector General, Peg Gustafson and her staff.

I went through the usual airport style security in the SBA lobby and took the elevator to the executive offices of the fifth floor. When I got off the elevator, to the right was a large open door way. I walked through it to a large reception desk. To the right of the reception desk, I could have strolled right into SBA Administrator Karen Mills’ office. SBA Administrator Mills was a member of the President’s Cabinet and anyone of the fifth floor could have walked right into her office. To the left of the reception desk, were the offices of the SBA Inspector General and SBA’s Chief Counsel where I had my meetings.

The SBA Inspector General investigates felony federal contracting fraud where the guilty can be sent to prison, be permanently debarred from ever doing business with the federal government and pay hundreds of thousands of dollars in fines. Heavy stuff.

After my meeting with the Inspector General staff, I went back out the doorway and stepped into the elevator. As the doors were closing I looked up and saw a sign that said “Press Office”. I immediately stuck my hand out to stop the doors from closing and jumped out of the elevator. I was going to walk into the SBA Press Office and go say howdy to my archrival and nemesis, Mike Stamler. As I rounded the corner expecting to walk right into the SBA Press Office, I was shocked to see a door like I had never seen before. It looked like a door you would expect to see in the inner sanctum of the Pentagon. This door looked like the launch codes for nuclear missiles might be behind it. It was clear my surprise visit to Mike Stamler wasn’t going to happen. Stunned and disappointed, I got back into the elevator.

As the elevator descended I started to realize something was going on inside the SBA Press Office that they absolutely did not want the public to see. What in the world could it be?

After seeing the Stargate SG1 style door to the SBA Press Office and thinking about how amazing it was that I had to go to the Supreme Court to try and get Mike Stamler’s phone records, I had a startling realization:

The Pentagon actually runs the SBA.

Some of the recipients of federal small business contracts in recent years include large corporations like Rolls Royce, British Aerospace and Engineering, Thales in France, Finmanicaa in Italy, Rosebornexports in Russia and Sanjong Corporation in Korea. Every major newspaper and most of the major television networks have covered this rampant fraud and abuse in federal small business contracting. (abc news story)

I challenge anyone to show me a single policy from the SBA in the last 20 years that has actually assisted legitimate small businesses to obtain federal small business contracts. Every policy, without exception, has been carefully crafted to create loopholes that have allowed federal agencies and the government’s largest prime contractors to falsify and fabricate their compliance with the 23% federal small business contracting goal by including billions of dollars in contracts to many of the largest firms on the planet. (CBS Boston)

So the real reason the SBA was willing to go to the Supreme Court to withhold Mike Stamler’s phone records is that the phone records would prove that the Pentagon runs the SBA.

In closing, if you doubt my assertion that the SBA is actually run by the Pentagon, guess who is now the head of the SBA Press Office? Keep in mind, the SBA is one of the tiniest agencies in Washington with a budget that is .001% of the Pentagon’s budget.

That’s why, every year for the last nine years, the SBA Office of Inspector General has named the diversion of federal small business contracts to large businesses as the number one problem at the SBA and absolutely nothing has been done to stop it. (2013 OIG Report)

Let me close with a quote from Report 10-108 by those “conspiracy nuts” like me over at the Government Accountability Office (GAO).

“By failing to hold firms accountable, SBA and contracting agencies have sent a message to the contracting community that there is no punishment or consequences for committing fraud.” (GAO-10-108)