Why is American foreign policy friendly with France again?

This is big news, particularly after such a messy break-up over America’s infatuation with remaking the Middle East. That fixation on Iraq turned into an international affair when France spurned America’s proposition and then-President Jacques Chirac refused to get sucked into a morally and legally sticky ménage à trois with George W. Bush and Tony Blair.

Despite the infamous French appetite for such things, they didn’t join the aptly-named “Coalition of the Willing.” It seems that the French weren’t willing get screwed by America’s clumsy, juvenile power-play.

But hell hath no fury like an imperialist scorned.

The coup de grâce, though, came from those patriot actors in Congress. If you really want to hurt the French, you gotta go after their food, right? So, on March 11, 2003, Rep. Bob Ney of Ohio and Rep. Walter B. Jones, Jr. of North Carolina drew a line in the menu. Upon their direction, both French Fries and French Toast were re-christened as “Freedom Fries” and “Freedom Toast.” And it became a national sensation, with hash jockeys, greasy spooners and burger flippers across the country marching lock-step toward a menu that better reflected their values.

This national outpouring of righteous indignation even reached into condom dispensers in truckstop bathrooms, where patriotic fornicators could purchase “Freedom Ticklers.” Seriously. Freedom Ticklers. The best part of “the “Ticklers-formerly-known as French” was that the package depicted the Statue of Liberty, which was made in France and given to America as a gift. It’s a little irony that was probably lost on the target audience.

But now that’s all in the past. Congress eventually put the French back into their fries and, according to a new Gallup poll, Americans have decided to pull out the Barry White records and kiss and make-up with the apple of Thomas Jefferson’s eye. Although Americans’ favorability toward France plummeted from 79% just after 9/11 to a staggering 34% in March of 2003, it has finally recovered to the historical norm established throughout the 1990s. It took 11 years to recover, but now 78% of Americans sing “Je t’aime” when asked what they think about the French.

To seal the deal, President Obama invited an actual French Socialist—President Hollande—over to the White House for fancy dinner, some drinks and little dancing and then…who knows?

The two leaders were moonstruck enough to plan a big date between NASA and the French National Center of Space Studies (CNES). America and France have decided to go to Mars together. Sure, some will see a nefarious subtext in a European Socialist and President Obama agreeing to go to the “Red Planet,” but this scientific cooperation should put to rest any a lingering resentment over the petty punishments ordered by the Bush Administration.

President Hollande returned the favor by publicly putting to bed his government’s concerns in the wake of the Snowden-NSA spying revelations. “Mutual trust has been restored,” said Hollande, and he reaffirmed his commitment to work together with the U.S. to fight terrorism. And this is where the United States and the French are really getting into bed together—increasingly cooperating around Africa to quell insurgencies, fight jihadists and counter militants.

When French President Sarkozy walked back into to NATO’s military command some 40 years after Charles de Gaulle walked away, it began a synchronization of French and American interests in Africa and the Middle East. The French joined in on the toppling of Libya. The Americans provided material support for French efforts in Mali. And France has charged hard on Iran’s nuclear program and the crisis in Syria, while Germany and even Britain took a far more measured approach to these issues and toward the region.

But the real focus of this renewed relationship is Africa. The U.S. has a “rapid reaction” force based in Spain and a brigade based in Germany solely concerned with Africa. Although there was some talk about folding AFRICOM—the Pentagon’s specific command for the continent—into another command structure, the increasing cooperation with France, U.S. training missions around Sub-Saharan Africa and continuing drone strikes in and around the Horn of Africa portend more U.S. involvement on the continent.

Although it doesn’t break through the American news bubble, there is a new scramble for Africa currently underway. China is investing heavily around the continent, hungry for raw materials, rare earth metals and, it seems likely, the increasing number of oil and gas reserves being discovered from North Africa on down to Uganda and Kenya.

Countering Chinese influence is easier when you’ve got an “in,” and the new bosom-buddy relationship between Obama and Hollande reflects the fact that France is a crucial player in Africa. In fact, French is an official language in 28 African countries. That’s a huge advantage, one that is not lost on American policymakers. American airlift support for French military involvement in the mess that is the Central African Republic reflects the tacit quid pro quo that usually leads two major powers to get into bed with each other.

Back at home, Americans can relax and enjoy their French fries without regret and without the bitter jingoism that choked off a natural alliance between two revolutionary nations. But the French had better beware, because—like any good roll in the hay—the relationship goes both ways. While the French is back in America’s fries, it turns out that the all-American hamburger is taking over menus in Paris. A report in Le Monde—in turn, cited by the Christian Science Monitor—delivered the bad news: “In 2000, only one of every nine sandwiches sold was a hamburger. Today it is one of every two.”

Oh là là, France! The menu changed while you were not looking. And if you are not careful, this new closeness with America’s “national interests” could end up screwing you in the end. If nothing else, Uncle Sam will be sure to wear a Freedom Tickler. 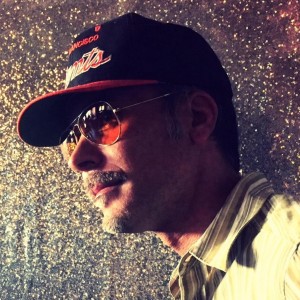