This is not the first time I’ve written about the bad rap that the term “conspiracy theory” has gotten here in the land of the free. Back in March I penned a piece entitled In defense of a phrase: conspiracy theory. I posted it on the supposedly liberal blog site, Daily KOS…from which I was promptly banned. Apparently founder Markos Moulitsas Zúniga isn’t all that liberal. It is still available on that site but I am no longer allowed to post any contributions there.

Shortly thereafter I heard an interview with Lance deHaven-Smith, author of the book Conspiracy Theory in America. In this book he explores the social and media phenomenon of the excoriation of all references to events such as the assassination of President Kennedy, the toppling of the World Trade Center buildings on September 11, 2001 and the disputed presidential elections of George W. Bush.

This scholarly work, published by the University of Texas Pres s is not what one might expect, judging by its title. The introduction alone is 24 pages long, which is none too much in setting the logical tone of the chapters that follow. To wit:

Given its title, you might think Conspiracy Theory in America is simply another addition to the long list of books criticizing conspiracy theories. You probably expect the book to blame the popularity of these theories on some flaw in American culture or character. No doubt, you have encountered this view many times, not just in books and magazines but also on radio and television.

Not so. If it is a criticism of anything, it demolishes the tin foil hat image invoked by conspiracy theory debunkers. Being mocked for questioning the cover-up of high crimes is the fate of anybody who has the courage to connect the dots, to put together obvious patterns. The author explains:

This is because most of the criticism directed at conspiracy beliefs is based on sentimentality about America’s political leaders and institutions rather than on unbiased reasoning and objective observation. Most authors who criticize conspiracy theories not only disagree with the theories factual claims, they find the ideas [themselves] offensive.

In a nutshell, it is the premise of Conspiracy Theory In America that a compilation of documented facts coupled with a logical interpretation of the pattern that emerges from doing so can be summed up in the concept of State Crimes Against Democracy, or SCADs.

The author is a stickler for logic. He points out simple fallacies, such as false balance. In plain language, this is comparing apples to oranges or, more accurately, comparing the promise of an apple to a bushel full of them.

deHaven-Smith develops this line of thought by tracing back in time to the first appearance of the phrase “conspiracy theory” in American media. Its first use can be documented as stemming from popular mistrust of  the Warren Commission‘s conclusions as to the facts surrounding the assassination of President John F. Kennedy.

The commission’s report was issued in September, 1964. That year, the New York Times printed five stories in which the phrase “conspiracy theory” was used. These days the phrase appears in that newspaper more than 140 times a year.

How did this happen? In the chapter titled The Conspiracy-Theory Conspiracy, our attention is directed to the following facts. Due to inconsistencies in the Warren Commission’s report itself, by 1966 public opinion polls started to show that Americans were beginning to reject the report’s conclusions. This is when the Central Intelligence Agency (CIA) began a campaign mocking people’s doubts, calling them “conspiracy theories.”

The author documents this by referring to a January, 1967 CIA “dispatch” that was numbered 1035-960, noting that the heading included the notation “PSYCH” and instructions to “destroy when no longer needed.” Their goal was not to promote the commission’s report as accurate, but rather to sow doubt in the public’s mind about its critics.

At first, conspiracy theories weren’t mocked. Today it happens all of the time. People who are suspicious of any government malfeasance are routinely labeled “conspiracy theorists.” At this point, deHaven-Smith builds his case by going down the list of the biggest SCADs in history. The list is impressive.

Author Lance deHaven-Smith solidly builds in Conspiracy Theory In America a case that State Crimes Against Democracy have been committed in America. He uses a scholarly analysis of conspiracy denial in the social sciences. He looks at European philosophers Karl Popper and Leo Strauss, who largely influenced a transformation of U.S. social science, moving it away from the well documented conspiracy beliefs of this country’s Founders. These two actually blamed conspiracy theory for totalitarianism in Europe, World War 2, and the Holocaust. He says the following:

Popper is largely responsible for the mistaken idea that conspiracy theories are modern variants of ancient superstitions and nineteenth-century social prejudices. […] For his part, Strauss did not use the term “conspiracy theory,” but he advocated state political propaganda and covert actions to protect a society’s traditional beliefs and ongoing illusions about its origins and virtues…

Looking at the conspiracy theory label, the American tradition of conspiracy belief, conspiracy denial in the social sciences, the ironic conspiracy to debunk conspiracy-theory, and his well documented exploration of State Crimes Against Democracy, deHaven-Smith ends up with a discussion of restoring American democracy. It pays to remember, he says, that the U.S.A. was established as a nation of laws, and that these shouldn’t just apply to its citizens. These laws should apply to government as well.

Ask the basic question of crime investigation: Qui bono? Who benefits? This is the question that should have been asked from Day One.

Conspiracy Theory In America is an excellent presentation, logical and well documented. Do pick it up and see for yourself. 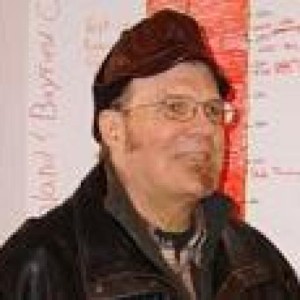