Most Americans will get Obamacare at their drugstore. And, for the rest, there’s been a breakthrough

Pluto
0 0
Most Americans will get Obamacare at their drugstore. And, for the rest, there’s been a breakthrough Pluto 2013-10-26

Months ago, the major drugstore chains of the US announced that there were joining with the Federal Government to help their customers around the nation to get signed up for “ObamaScare.” Computer shopping isn’t ubiquitous — and it is merely ONE approach to retail sales. That’s why the Federal Government set up bricks-and-mortar PPACA stores in every neighborhood in America.

I hopped into Walgreens last night and noticed a sign outside offering to get me ACA health insurance. And why wouldn’t they? After all, they receive a commission for doing so, which costs the customer nothing whatsoever. Sounds like a a win-win to me.

Walgreens offers customers a chance to speak to licensed insurance advisors to discuss health insurance plans sold through the state HIXs. They also have their own private online health insurance portal contracted by GoHealth. According their website, tax credits and subsidies are issued there, as well, .

Rite Aid announced that it will initially station independent, licensed insurance agents in nearly 2,000 of its 4,600 stores to help uninsured customers sign up for a health insurance plan for the entire six-month enrollment period. The agents will work one-on-one with customers to help them make insurance choices.

Like Rite Aid and Walgreens, CVS Pharmacy is offering Affordable Care Act information in its 7,500 stores and 650 MinuteClinics; it has launched an informational web site, as well. CVS also plans to have health insurance experts answer customer questions in various stores nationwide during the enrollment period. In a recent press release, CVS notes:

Our survey results, based on a sample of over 1,000 respondents, found general awareness of the ACA has increased to 74 percent, up from 57 percent as seen in a similar 2011 CVS Caremark survey. But the new survey found that 36 percent of respondents who are likely to enroll in health exchanges need more information and help in evaluating the insurance exchange process. What’s more, perceptions about cost remain the biggest barrier to the likelihood of enrolling and lack of knowledge could prove costly: Only 48 percent of those who are eligible for a subsidy believe that they are.

“We have a tremendous opportunity to help Americans understand the new health care law and how it affects them so consumers receive the coverage that best fits their families,” said Helena Foulkes, Executive Vice President and Chief Health Care Strategy and Marketing Officer of CVS Caremark.

The CVS Caremark survey also found that pharmacies will be a primary resource to meet the needs of uninsured Americans, with 68 percent of those surveyed expecting retail pharmacies to offer health insurance information in-store and/or online. Among those asking for help, Hispanics newer to the country and the youngest group surveyed (aged 18-35) were significantly more likely to say they need help understanding the exchanges.

The CVS approach is to to use pharmacies at their 7,400 North American stores to help the uninsured learn about new coverage options — especially the subsidized insurance coverage available to low-income people on state-based insurance exchanges. They ultimately rely on Healthcare.gov, however. But perhaps they have an inside track.

A few days ago, Matthew Holt, founder of Health 2.0 and The Health Care Blog, wrote about a workaround for healthcare.gov — that is being fast-tracked as we speak:

Quietly last summer two private online insurance brokers, eHealth which runs the eHealthInsurance.com site, and GetInsured, struck deals with the U.S. Department of Health and Human Services which allowed them to enroll individuals in plans that qualify for the mandate under the ACA, and more importantly, connect with the “Health Exchange Data Hub” that figures out whether the enrollee qualifies for a subsidy (theoretically by connecting to the IRS).

That part of the transaction, though, could be done by attestation and dealt with later. In other words, someone buying health insurance could state what their income will be in 2014 (or was in 2013) and if it ends up varying dramatically on their 1040 then in 2015 they will pay or receive the difference. Essentially this is something all Americans recognize–the IRS asks you for more or gives you a tax refund well after the fact.

Both online insurance companies are currently interfacing with the Federal hub, and claim to be up and running in a matter of days or weeks. If they can get around the IRS absolutely-confirmed-income nonsense, and go with an estimated income, they are good to go.

Didn’t have a ton of time to research this, so there may be the dreaded “flaws.”

But one thing I know for sure, Our Overlords want those premium dollars for their Wall Street investment pool. So, count on this working. That, you can take to the bank. Literally. 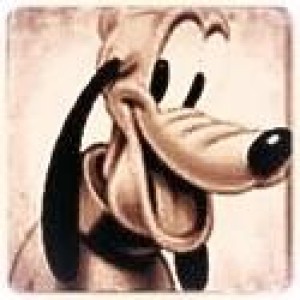 Most Americans will get Obamacare at their drugstore. And, for the rest, there’s been a breakthrough