Science, the mysteries of movies and human will in ‘Gravity’

As the movie of the moment, Gravity has won over audiences and film critics alike. Alfonso Cuarón’s new film about a space mission turned tragically disastrous recently topped the box office for a second weekend in a row, and it currently has a score of 96 out of 100 on Metacritic. But are scientists as impressed by the film?

The weekend after the film’s release, popular astrophysicist Neil deGrasse Tyson took to Twitter with a series of “Mysteries of #Gravity” tweets. From how Sandra Bullock’s hair never seems to float the right way in zero gravity to technical inaccuracies about radio signals in space in relation to satellite locations, Tyson let loose as if some tiny percentage of the film’s audience would have noticed, much less cared about such technical goofs.

Mainstream media took Tyson’s cyber crumbs and ran with it. CNN had astronaut Michael Massimino on, who a reporter pushed for inaccuracies, though he more often than not offered praise for the film. Entertainment Weekly gathered a panel of experts for a Q&A that ended with all of them agreeing the film still ranks high as far as accuracy goes. Inside Edition did little more than play a short clip of astronaut Karen Nyberg trying to wash her hair in space and left it at that.

As the scientists asked to criticize Gravity turned around to defend the film more often than write it off as a false representation of science, Tyson once again spoke up. A few days after his tweets inspired these “stories,” Tyson presented a statement on Facebook that downplayed his criticisms by offering his regrets about not listing the 100 things the film got right.

It’s not like Cuarón did not make huge efforts to make the film feel realistic, and maybe the director’s attempts to make it feel as real as it does tempted the criticisms. He makes cuts in the film as invisible as possible. You will be hard-pressed to find a film splice in the movie’s first 20 minutes, which includes a scene where space debris tears a space shuttle to shreds around the astronauts. An opening title card sets up the film with an explanation about the lack of sound in space and the speed of which satellites orbit the earth, among other space facts.

Trumping all of this is the inclination to take film at face value while falling under its spell as an altered representation of reality. It dates back to one of the first moving picture screenings in history. When the Lumière brothers first showed The Arrival of a Train at La Ciotat Station in 1896, people dove out of their chairs for fear of being struck by the train coming toward the camera. Though we’ve grown more advanced and skeptical of movies since then, even at the Gravity screening I attended, an adult next to me reached out to grab at the 3D image of a bolt floating toward the camera. It speaks to the nature of film that, to this day, audiences still ease into suspending disbelief while watching a movie.

There may be moments in Gravity that inspire doubt, but as soon as the doubt arises, movie magic takes over, whether it’s accepting Steven Price’s atmospheric and intense score or the brilliant use of 3D to heighten the sense of disorientation of space as substitute for the abyss. Underneath it all is the film’s story about an astronaut who must gather her wits in the face of life’s greatest and most fearsome factor: the threat of the end of one’s very own existence. The will that emerges in Bullock’s character to defy death in so many close encounters with it, speaks to the strength of human will itself. Whether film be entertainment or art, it allows us to learn something about the human condition that cannot be said scientifically. Gravity offers more about the strength of humanity’s will to live in a manner that feels more exhilarating and visceral than any scientific explanation. 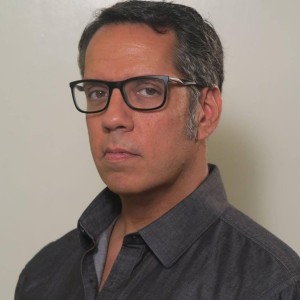 Science, the mysteries of movies and human will in ‘Gravity’