Unprecedented: The Constitutional Challenge to Obamacare

An Unprecedented Narrative of an Unforgettable Case

In 2012, the U.S. Supreme Court became the center of the political world. In a dramatic and unexpected 5–4 decision, Chief Justice John Roberts voted to save the Affordable Care Act, commonly known as Obamacare. Josh Blackman’s magisterial Unprecedented tells the inside story of how this constitutional challenge raced across all three branches of government and narrowly avoided a collision between the Supreme Court and President Obama.

The book offers unrivaled inside access to the key decision makers in Washington, based on interviews with over 100 of the people who lived this journey—including the academics who began the challenge, the lawyers who litigated the case at all levels, and the Obama administration attorneys who defended the law. It reads like a political thriller, providing the definitive account of how the Supreme Court almost struck down the president’s “unprecedented” law. It also explains what this decision means for the future of the Constitution, the limits on federal power, and the Supreme Court.

Unprecedented is not a legal book, in the sense that it’s not a “treatise” by which to teach law students about health care law or even the jurisprudence surrounding the Commerce Clause, Congress’s constitutional power to regulate interstate commerce. There’s plenty of doctrinal explanation, to be sure, tracing the development of modern federal authority to regulate the economy. But fundamentally this book is a story about a lawsuit and how a group of legal activists, intellectuals, and practitioners conceived and executed a stunning attack on the Obama administration’s signature legislative achievement.

As with Thurgood Marshall and the legal heroes of the civil rights era, Georgetown professor Randy Barnett (who wrote the book’s foreword) and other scholars developed theories that snowballed into judicial victories that could not be ignored by the national media and political classes. What had appeared at first to be “off the wall” libertarian thought experiments moved “on the wall” as they were picked up by the attorneys generals of Virginia and Florida and operationalized by leading appellate advocates like Paul Clement and Michael Carvin. On the other side, Neal Katyal and then Don Verrilli pressed the government’s defense, ultimately losing their central arguments but salvaging Obamacare.

At this point I should mention that I was no neutral observer of this tale. The Cato Institute, the libertarian think tank where I hang my hat, played a central role in supporting the Obamacare challenge. I personally filed ten amicus briefs (four in the Supreme Court) and coordinated many others, wrote dozens of articles and blogposts, and engaged in more than 100 debates and other public events on the subject. I definitely had a dog in this fight!

And yet I too was gobsmacked as I sat in the courtroom the morning of June 28, 2012, and heard the chief justice hand the government a bottom-line victory while not expanding federal regulatory authority. What had I (and everyone else) missed? The possibility that the case would be decided based on something other than competing legal theories. That is, eight justices decided NFIB v. Sebelius on the law—four finding that the Constitution limits federal power, four that constitutional structure must yield to “Congress’ capacity to meet the new problems arising constantly in our ever-developing modern economy”—and one had other concerns on his mind.

We won’t know for some time, if ever, what exactly caused John Roberts to do what he did. Unprecedented doesn’t provide that answer—sorry to disappoint you—but it does give us a great sense of the personal, political, and other atmospheric factors swirling around the Supreme Court justices as they considered this case.

Josh Blackman, a good friend with whom I’ve co-authored several law review articles and op-eds, has done a tremendous job in compiling, synthesizing, and explaining all that we can possibly know about this subject. NFIB v. Sebelius is truly the case of a generation—and Unprecedented is the definitive book on that case.

Ilya Shapiro (@ishapiro) is a senior fellow in constitutional studies at the Cato Institute and editor-in-chief of the Cato Supreme Court Review. You can read here his take on the NFIB v. Sebelius ruling, in an article entitled “Like Eastwood Talking to a Chair: The Good, the Bad, and the Ugly of the Obamacare Ruling.” 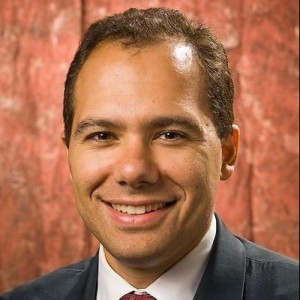