Snowden, Manning and So-Called Secrets. It Isn’t the Russians and Chinese Secrecy Is Aimed At.

Kurt Sperry
0 0
Snowden, Manning and So-Called Secrets. It Isn’t the Russians and Chinese Secrecy Is Aimed At. Kurt Sperry 2013-08-17

Assange claims the Russians are playing nice with Snowden and not trying to pry information from him. This strikes me as entirely reasonable–-if Snowden was one of literally thousands of admin with access to the same information it’s probably safe to assume that the Russians already knew essentially everything Snowden does, in fact almost inconceivable that they didn’t. Further, the considerable propaganda value of the whole affair from the Russian point of view would be destroyed either by reports of coercive interrogations or any unexplainable prolonged silence from Snowden necessary to conceal such interrogation. Yes Snowden could help them, but there’s no need for him to. There are apparently at least several thousand people with the same admin perms and access Snowden had, they are apparently paid about what a policeman or fireman with seniority makes. Given the billions the Russians could easily spread around if necessary, what’s at stake and the number of ripe targets, the chances they hadn’t bought enough assets off to tell them whatever they want to know must be almost exactly zero. Secrets thousands of people can access that someone is willing to pay whatever it takes to get aren’t secrets, they are simply commodities. The only question is the price they can fetch.

It’s just common sense and human nature. Remember PFC Manning’s “Cablegate” leaks and how it came out that literally tens of thousands of even low level employees had the same perms Manning did? Do you really think, and more so given the ease with which digitized data can be surreptitiously copied and moved today, that anyone outside “the loop” who was sufficiently motivated could not have obtained copies of whatever data they wanted from that pool of data? Even the most crude national level intel agencies with access to attractive women and envelopes full of $100 bills–and I assume the Russians are orders of magnitude more capable than that–could obviously have obtained any or even all of the data Manning dispersed to the press. Same here with Snowden and the NSA data.

“Secrets” that thousands of people can readily access–and more so when the data are already digitized not even needing to be scanned–are simply insecure. Always. The only question is the cost and effort required for people outside the organization to obtain them. The real secrets are obviously never scanned, digitized, have slide shows created about or put onto networks accessible by random PFCs and contractor employees, they will be kept in file cabinets on paper and access will strictly and necessarily be limited to a tiny group. Once data is digitized and networked, secrecy becomes impossible.

Think about it, the only people without the means to bribe, blackmail or otherwise divert and obtain that data are the public. Journalists almost completely rely on people acting out of conscience, principle or scruples, the so-called bad guys aren’t constrained by such concerns, they’ll send out the pretty girls and cash stuffed envelopes and get whatever they want.

Given all this, it becomes clear that the real purpose of all this secrecy isn’t to keep it out of Russian or Chinese hands but out of the public view where the US citizens and voters could act on it. The Russians or Chinese obtain the data and keep it quiet to protect their ongoing sources, no big deal, nobody is publicly embarrassed there is no political blowback. Nobody’s ass is really on the line. If a whistleblower acting on principle releases the same information and makes it available to the press and the American electorate, huge deal, powerful people are embarrassed and exposed, unpleasant consequences immediately ensue.

The secrecy isn’t intended to keep the Russians or Chinese from obtaining it, that is essentially impossible, the secrecy is very obviously to keep the press, the American public, and the global public in the dark. To the NSA, the real enemy isn’t Russia or China. No. The real enemy is you and I who could potentially actually bring accountability to bear. And accountability is the real stuff of their sweaty nightmares. 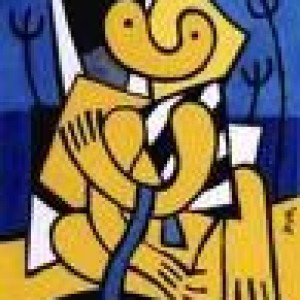 Snowden, Manning and So-Called Secrets. It Isn’t the Russians and Chinese Secrecy Is Aimed At.