The Case of John Ferguson: Why Executing a Man Who Believes He is the “Prince of God” is Against Our Values and Our Constitution

Aubrey Rose
0 0
The Case of John Ferguson: Why Executing a Man Who Believes He is the “Prince of God” is Against Our Values and Our Constitution Aubrey Rose 2013-07-29

John Ferguson believes that he is the “Prince of God.” He believes that after he dies, he will return in his same body, fight against anti-Christs with Jesus, save America from a communist plot, and rule the earth.

Mr. Ferguson is severely mentally ill. He has a documented 40 year history of paranoid schizophrenia. Anyone can see it. Anyone, except the Florida officials who plan to execute him on Monday, August 5.

Mr. Ferguson committed serious crimes and needs to be kept in prison for life. But the U.S. Constitution prohibits the State from killing Mr. Ferguson. His 40 year history of documented delusions prevent him from understanding what’s about to happen to him.

In 2007, in Panetti v. Quarterman, the U.S. Supreme Court made clear how states must evaluate the mental competence of prisoners they want to execute. Prior to Panetti, states were allowed to execute mentally ill prisoners as long as they had a factual awareness of the upcoming execution. Deeming a mere factual awareness insufficient, the Court ruled that an individual facing execution must have a rational understanding of the reason for the execution and the effect of the death penalty.

Mr. Ferguson has neither a rational understanding of the reason for his execution or the effect of the death penalty. He has a 40 year documented history – mostly diagnosed by state doctors (goo.gl/3LZzBa) – of debilitating mental illness.

Mr. Ferguson’s auditory hallucinations are typical of paranoid schizophrenics, including headaches caused by the sound of roaches and “very small” people placed inside his brain.

He believes he is being incarcerated to test his true strength as the “Prince of God” and these conspiracy beliefs block him from understanding that he faces execution because of the crimes he committed. In fact, Mr. Ferguson’s delusions carried over to discussions about the burial of his remains. He requested to be buried in a space like Jesus so his body could easily rise from the dead.

As Justice Kennedy explained in the Court’s 6-3 opinion in Panetti, serious mental delusions “may put an awareness of a link between a crime and its punishment in a context so far removed from reality that the punishment can serve no proper purpose.”

Mr. Ferguson’s case seems like a clear-cut matter in the wake of Panetti v. Quarterman. So what’s the catch?

Now, six years after the U.S. Supreme Court laid down the law of the land, the Florida Supreme Court has decided to go back in time and apply the standard that the Court rejected and nullified. Returning to the unconstitutional standard, the Florida courts found that Mr. Ferguson only needs a “factual awareness” of his execution. With this, the State has tried to conveniently side-step his “Prince of God” delusions about the execution.

Responding to this misapplication of the standard, which one federal appeals court judge called “patently incorrect,” Mr. Ferguson’s attorneys have filed an urgent appeal to the U.S. Supreme Court (goo.gl/qAXbnt). The petition has received an outpouring of support from a host of credible experts, including the American Bar Association (goo.gl/p4JZpE) and a long-time leader in the mental health field, National Alliance for Mental Illness.

Supreme Court rulings have to mean something. State governments can’t decide not to follow them just because they don’t like the result. In 2007,the Court’s logic in Panetti was compelling because it tapped into our society’s values and an enlightened  understanding of mental illness. Now it’s time to put the Court’s words into action. The execution of John Ferguson, a mentally ill man who truly believes he will ascend from the grave like Jesus and help God foil a communist plot, must be stopped. 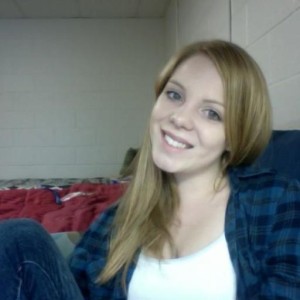 The Case of John Ferguson: Why Executing a Man Who Believes He is the “Prince of God” is Against Our Values and Our Constitution