Crossposted from my blog on All American Politico

Perry claims he is “protecting” Texas women, despite all evidence to the contrary.

On Thursday, Gov. Rick Perry signed H.B. 2, Texas’s entry in the “let’s screw women and let them deal with the consequences” law competition.  At first glance, this seemed to be just another in a series of paternalistic, white, Y-chromosomes-only events.  [They did change the script a bit. In the closing wide shot you can spot the bill’s sponsor, Rep. Jodie Anne “Rape kits take care of that” Laubenberg and a few other women.]  This being Texas, however, the triumphalism was bigger and better: “No one will ever have to ask, ‘where were you when babies’ lives were being saved!’”  Of course, the Governor had to add the obligatory layer of hypocrisy by claiming this bill supports the “health of Texas women.”  Let’s look his claims.

Who will be affected?  This law will affect only working class and poor women.  Wealthy Texans will still be able to find the means to have abortions, even if it requires travel to another state.

Will it reduce the number of abortions by Texas women?  For those affected, an abortion may be a choice, but it is a choice in name only – between being able to continue working and support their families or condemning all of them to greater depths of poverty.  These desperate women will no longer have access to safe abortions.  They will seek the remedies used before Roe. They will go to unlicensed “doctors” or seek “traditional” remedies in Mexico.  Of course, by severely reducing access to family planning in the state, it is likely that the number of unplanned pregnancies, and hence abortions, will increase.  This case has been made once again by over 100 leading obstetricians.

What if the law succeeds?  Suppose that a poor woman, having traveled 1000 miles to the nearest center, seen and heard her fetus via the required transvaginal ultrasound and listening to the fraudulent script her doctor is forced to read[1], has an epiphany.  She will keep her baby!  What then?

As she will be unlikely to revisit the health center regularly, necessary prenatal guidance and tests will be difficult to obtain.  Since Gov. Perry has decided not to extend Medicaid benefits, despite efforts from Texas Republicans, it is unlikely that she will get these vital services privately.  Thus, the probability of a problem with her childbirth or her child’s health is increased.

When it is time for her to deliver, she may not be able to afford a hospital.  Despite the facts that:

she can legally have the baby at home.  There is no requirement that a physician be present, or even a midwife.  Her home need not qualify as an ambulatory clinic.  In short, she is on her own.

After she has given birth, Gov. Perry’ actions will make it more difficult for her to obtain needed medical care for either her child or herself.  It is clear that, to Gov. Perry “the culture of life in Texas” ends when the “life” is 20-weeks old!

P.S.  Don’t Douthat!  In a column this Sunday, Ross Douthat tries (unsuccessfully) to convince himself, and us, that the “The Texas Abortion Experiment” [sic] may not be so terrible.  He cites figures from Pennsylvania, a Northern urban state, to claim that the number of clinics forced to close might not be as great as predicted.  He also notes that most European countries have earlier deadlines than the 20 weeks in the new Texas law, and have not seen increased health problems.  (I would note that the current US limit is based on a Supreme Court ruling that the mother’s health concerns take precedence through the second trimester, rather than on refuted medical claims of “fetal pain.”)  Douthat is honest enough to note, however, that these laws “coexist with universal health care, which Rick Perry’s state conspicuously lacks.” [Doh!]  What he forgets to mention is that, unlike Texas, most of these countries allow later abortions to protect the life, physical or mental health or economic well-being of the mother, or severe fetal impairment.  (See details by country in article.)  Once again, Douthat confuses apples and oranges!

[1] These requirements predate the law he signed.

[2] Pro-life groups have attacked this report, claiming that there are longer term problems (such as increased risk of suicide) among women after abortions.  Such problems may reflect the differences in economic status among the women or even the effect of the increased stigma applied to those women who have had an abortion.  Critics have not been able to refute the basic data.

[3] Figure 25, p. 28 of the Texas State Health Services document.  This is higher than in many third world countries. 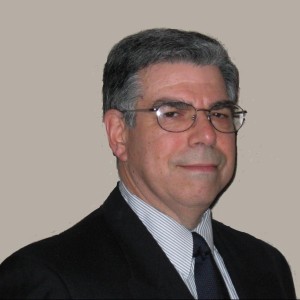