This new book tells three stories at the same time: the life of Keith Stroup (founder of the National Organization for the Reform of Marijuana Laws), the story of NORML’s history, and the story of the last 45 years of marijuana policy. As you soon discover, the three stories are at times inseparable.

And the stories! This is a book full of anecdotes. After all, Keith Stroup smoked pot with Abbie Hoffman, Hunter S. Thompson, and relatives of U.S. Presidents. He got high in the Rockies, in Aspen, in planes, and in Washington, DC. He hung out with Hugh Hefner, and spent countless hours getting stoned with Willie Nelson.

Keith grew up in rural Illinois without any exposure to marijuana, and in fact, didn’t even try it until he was at law school in DC (an education that he initially pursued to avoid the draft).

However, he quickly became involved. The idea of starting an organization was inspired by his lobbying work with Ralph Nader after law school ­– the only difference was that it would be representing marijuana smokers instead of buyers of unsafe products.

Stroup started NORML with a $5,000 grant from Playboy in 1970, the start of a productive relationship that exists to this day, along with NORML’s symbiosis with High Times Magazine.

He goes on to talk about the early years of building NORML’s name recognition, mostly touring colleges to give speeches ­– a task that was
made more enjoyable once he discovered that the film Reefer Madness was in the public domain. He edited it down to a tighter 45 minutes (the version most people today have seen) that worked very well with his appearances.

One of the big improvements in NORML’s visibility came in conjunction with Keith’s successful efforts in getting the press to notice them during the hearings of the Shafer Commission. While the Shafer Commission report was ultimately ignored by Nixon, it ended up being a useful tool in NORML’s successful efforts to get decriminalization bills passed in 11 states during the 70s.

Keith Stroup then talks frankly about the highs and lows of working with the Carter administration, leading up to the serious controversy with Peter Bourne that led to Stroup resigning from NORML ten years after he founded it.

The next section of the book covers the in-between years when Stroup worked as a lawyer defending drug offenders, worked as a lobbyist for farmers with Willie Nelson, and worked as Director of the National Association of Criminal Defense Lawyers (NACDL).

15 years after leaving NORML, he returned as Executive Director again, but now it was a different organization and a different time. The country was just rebounding from a conservative patch with slowed marijuana reform, there were new drug policy reform organizations competing for the same dollars as NORML, and now medical marijuana had become a focus.

As we get into the 90’s and beyond, the story becomes more complicated. A variety of different kinds of drug policy reform efforts were going on in the states, and personalities sometimes threatened to upset reform goals. The book covers these shifts in detail, but then settles back into the familiar anecdotes of interesting people, and even more interesting parties.

One of the more entertaining stories in the latter part of the book has to do with Keith Stroup getting arrested with the publisher of High Times at the Boston Freedom Rally for smoking a joint behind their booth, and their subsequent decision to take it to trial despite the judge’s offer to let them go.

The book emphasizes that NORML wants pot smokers to be proud of what they do — hence the slogan “It’s NORML to smoke pot.” (although Keith admits that he doesn’t wear that pin when going through airport security).

Keith Stroup stepped down again as Executive Director in 2004 to give the reins to someone younger, but he still keeps involved as legal counsel and serving on the board of directors.

The book’s appendixes include a list of NORML awards, a breakdown of marijuana laws by state, NORML’s “Principles of Responsible Cannabis Use,” and some entertaining photos. 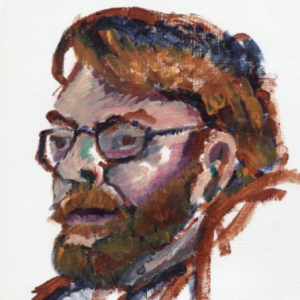