A Simple Way to Get the NSA to Tell the Truth

How can we really make the NSA accountable?

Today, the New York Times reported that Senator Ron Wyden, a member of the Senate Intelligence Committee and the guy Director of National Intelligence James Clapper lied to when asked if the NSA collects “any type of data at all on millions or hundreds of millions of Americans,” said he believed the NSA might soon abandon the bulk collection of the telephone calling data of millions of Americans.  According to the Times:

“I have a feeling that the administration is getting concerned about the bulk phone records collection, and that they are thinking about whether to move administratively to stop it,” [Wyden] said.  He added he believed that the continuing controversy prompted by Mr. Snowden had changed the political calculus in Congress over the balance between security and civil liberties, which has been heavily weighted toward security since the September 11 terrorist attacks.

If Wyden’s remarks are accurate, it would be a powerful example of what NYU media professor Jay Rosen calls the Snowden Effect — the indirect effects of Snowden’s whistleblowing.  But upon reflection, I’m not optimistic. Here’s why.

1.  The NSA is comprised of people, and people respond to incentives.
2.  If you demonstrate to people that there are no consequences to misbehavior, most people will misbehave.
3.  As Alexander Hamilton said in Federalist No. 15, “It is essential to the idea of a law that it be attended with a sanction; or, in other words, a penalty or punishment for disobedience.”

Now, Wyden says he thinks the NSA might rein in some of its illegal, unconstitutional behavior.  But what do we have to rely on in this regard?  Ultimately, only the word of the NSA’s representatives.  And yet DNI Clapper has already proven himself willing to lie to Congress about what the NSA is up to.  And Senator Wyden has proven himself willing to overlook those lies — that is, to accept them without “a penalty or punishment for disobedience.”  Under these circumstances, if you were a simple Martian rather than a sophisticated earthling, how sure would you be that what the NSA tells you going forward is the truth?

If we want to have any meaningful level of confidence in the truthfulness of government officials testifying to Congress, it is essential — it is a requirement — that officials who are caught lying be punished for it in accordance with the law.  Remove punishment — remove the disincentive for lying — and you guarantee lying.  It’s not much more complicated than that.  To believe whatever the NSA says about its activities if Clapper goes unpunished is to believe in a fairy tale.  If Congress is serious about its oversight function, if it wants the testimony it reveals to be truthful, it will punish Clapper in accordance with the law.  If Congress does not punish Clapper, Congress is agreeing to continue to be lied to, and the NSA will continue to be democratically unaccountable.

A child would recognize all this, and certainly Wyden understands it as well.  What prevents him from acting on it, I suspect, is the same sense of solidarity with other members of the ruling class that causes the New York Times to refer to Clapper’s lying and perjury merely as “murky” and “misleading,” that causes Walter Mondale to characterize it as “fibbing,” that causes most of the establishment media to bay for the blood of whistleblowers while yawning at the notion that civilian oversight is meaningless if officials lie in their testimony to Congress.  It’s a kind of professional courtesy the powerful extend to the powerful, and it’s extremely caustic to democracy and the rule of law.

This is a critical moment for democracy in America.  Failing to prosecute Clapper is tantamount to Congress ceding civilian oversight over an already metastasized intelligence conglomerate.  All the pretty talk in the world about reform won’t change a thing if the law is proven to have no sanction.  Wyden can’t whistle past this graveyard.  There really is something lurking in there, and Wyden has to confront it.  If he doesn’t, it won’t get better.  It’ll get worse.

That would have been some real democracy-promotion, right here in the homeland. What happened? Is it naive to think Mr Obama really believed this stuff? I’ll admit, with some embarrassment, that I’d thought he did believe it. But this “commitment” has been so thoroughly forsaken one is forced to consider whether it was ever sincere. It has been so thoroughly forsaken one wonders whether to laugh or cry. What kind of message are we sending about the viability these democratic ideals—about openness, transparency, public participation, public collaboration? How hollow must American exhortations to democracy sound to foreign ears? Mr Snowden may be responsible for having exposed this hypocrisy, for having betrayed the thug omertà at the heart of America’s domestic democracy-suppression programme, but the hypocrisy is America’s. I’d very much like to know what led Mr Obama to change his mind, to conclude that America is not after all safe for democracy, though I know he’s not about to tell us. The matter is settled. It has been decided, and not by us. We can’t handle the truth.

The Secret police—the NSA, the CIA, et al—are by their very nature antithetical to those ideals, because openness and transparency about rules are essential to democratic public justification, and therefore to the legitimacy of state power. What must be secret cannot be fully democratic. One may well worry whether we can afford such a demanding standard of legitimate government in such a dangerous world. Perhaps we cannot. Perhaps it is foolish to be too good. But in that case we need to be clear-headed about it, and understand that secret police are a straightforwardly anti-democratic concession we make to a dangerous world. And we ought to accept that any strengthening of the powers of the secret police—especially the secret strengthening of the powers of the secret police—is a further blow to democracy and the legitimacy of our laws. The NSA’s digital dragnet is a silent coup. The filibuster is rain on election day.

Photo by Thierry Ehrmann released under a Creative Commons license. 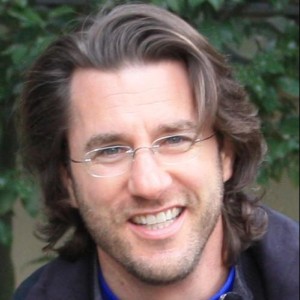 A Simple Way to Get the NSA to Tell the Truth