According to the October 2010 Pro Publica article entitled: The New Democrats: The Coalition Pharma and Wall Street Love, this group was influential in monkeywrenching the Dodd-Frank Financial Reform bill, TARP, and Foreclosure Relief.

Over the past two years, their members have helped biotech companies win lucrative patent extensions during healthcare reform, fought to ensure that banks receiving TARP money didn’t have to trim executive bonuses, and helped block a proposal to allow bankruptcy judges to adjust home mortgages—a step many experts believe would have reduced foreclosures. As they gathered for their May retreat, the New Democrats were working on what would become their biggest victory yet: weakening key components of financial-services reform legislation.

A telling quote from a lobbyist-legislator retreat sponsored by the New Democrat Coalition comes from their chairman, Ron Kind:

“We’re working hard with you to get the policy right,” Kind told lobbyists for the U.S. Chamber of Commerce, JPMorgan, Goldman Sachs and others.

Federal election law prevents corporate PACs from giving more than $10,000 to other PACs and prevents groups like the NewDemPAC from passing along more than $10,000 to an individual member’s campaign during an election cycle. To get around these limits, the New Democrats created the Keystone Group, which is run by Rep. Jason Altmire, a former federally registered lobbyist, and Helen Milby, the NewDemPAC’s chief fundraiser. Lobbyists who join the Keystone Group pledge to donate at least $500 directly to the campaigns of individual New Democrats at events organized by the coalition’s PAC.

Functioning like an invisible PAC, the Keystone Group directs contributions to caucus members without filing papers with the FEC, leaving no record of the New Democrats’ role in facilitating the transfer of funds.

Fast forward 3 years to the present. As they fulfill their stated mission (“The New Democrat Coalition is dedicated to maintaining America’s standing as the world’s strongest, most successful nation”), the New Dems haven’t changed their tactics.

They’ve aggressively pushed the Cyber Intelligence Sharing and Protection Act  (CISPA) which allows corporations to spy on your Internet actions. They claim it is necessary to cyber security – a claim disputed by the Electric Frontier Foundation. According to EFF:

The [2013] bill still allows for companies to skirt privacy laws that protect users. It still provides overly broad immunity to a company for “any decision made” to combat a suspected threat. And it still lets a company spy on and share users’ sensitive personal information with anyone…the amendment does not change key sections of the bill allowing a company to share information with anyone it chooses, public or private, military or civilian…

CISPA still grants companies overly broad immunity for “any decisions made” to protect against a suspected threat. As we’ve noted, aggressive companies could interpret this immunity to cover “defensive”—and what some would consider offensive—countermeasures so long as they can say they acted in “good faith.”

A New Dem position that angered supporters of Social Security and other social safety net programs was their press release saying “We’re Ready to Deal” (away your Social Security).

If you click on the We’re Ready to Deal (away your social security) link, you’ll see Hawai’i Rep Colleen Hanabusa front and center in the accompanying photo.  Although, to be fair, Hanabusa claims she didn’t really mean it.  But once again New Dems applied key pressure to move the discussion right and aid the GOP in eroding our safety net.

The New Dems are big supporters of the Export-Import Bank. Friends of the Earth says:

Senate support for U.S. Export-Import Bank is big win for the 1%

Friends of the Earth had earlier sued the Export-Import Bank for aiding coal exports which increased climate change and destroyed the environment via mining operations.

One of the New Dems positions that Labor finds most noxious is their unrelenting support of every “Free Trade” agreement that comes along including KORUS (which even Korean unions opposed) the Trans-Atlantic Partnership and the Trans-Pacific Trade Agreement.  As we’ve discovered, “Free Trade” actually means outsource our jobs to countries that pay pathetic wages and have poor environmental rules.

Hawai’i is possibly one of the most progressive states and has consistently elected progressive House and Senate members.  Colleen Hanabusa is representing what is the least progressive area, urban Oahu  which includes our largest city and many military bases. But that isn’t very conservative compared to the rest of the country.

She’s now challenging one of our two progressive senators, incumbent Brian Schatz.  This time she will have to take the far more progressive “neighbor islands” (Maui, Big Island, Kaua’i etc) in order to win.

Do the New Dems – who want to push the party to the right – represent Hawaii’s values?

Ironically progressive, environmental and labor groups endorsed Colleen Hanabusa in her 2010 election against self-professed Blue Dog, Ed Case, based on her assurance that she would not join the conservative Blue Dogs.  What did she do? She joined the equally anti-labor, anti-environment, anti-progressive New Democrat Coalition.

Hanabusa has based her future on the bet that Hawaii’s electorate wanted the Democrats to become more conservative and more conciliatory to Republicans.  By leaving her House seat to challenge the incumbent Democratic Senator, Brian Schatz, she’s making an all-or-nothing gamble that Hawai’i wants a conservative Democrat to represent them. Possibly she has spent too much of her time in the GOP-dominated D.C. and has lost perspective.

The GOP has gone so crazy far to the right that there is actually a chance for the pendulum to swing back towards the Democrats.  Hawai’i politicos are expressing disappointment that Hanabusa would put personal ambition in front of working to take back the House. Especially since there is concern that the GOP has a chance to take her House seat, now that she is quitting it.

Her willingness to compromise with the right wing has helped her gain media attention – the media loves bipartisan centrists – but ultimately it’s a bad bet challenging a progressive senate incumbent, Brian Schatz in a state-wide election.

Hawai’i is a progressive state.  And like Massachusetts, Hawai’i deserves two progressives in the Senate. 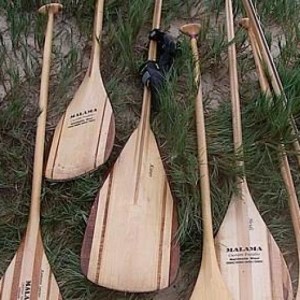