It’s been a while since we’ve gotten down to the important bizness of talking about our animal masters, namely our cats.  The obvious and foolish mistake in overlooking the importance of our feline overlords has been noted, with much prejudice.  *severe backear*

Gracie is not pleased. 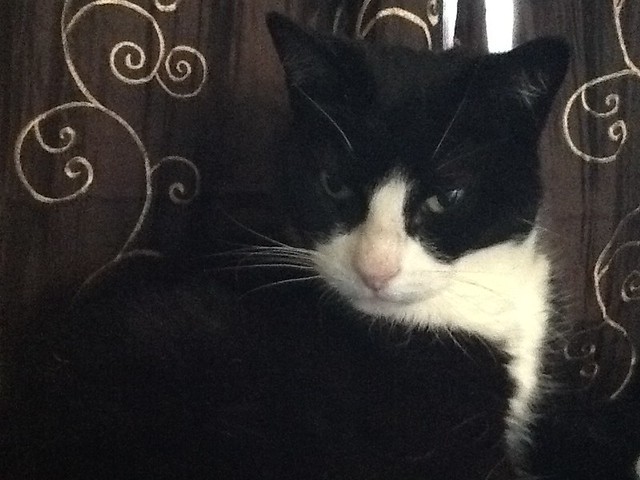 Nagi, who traveled from Florida and SouthernDragon’s brood to join my fambly in Northern California is officially an indoor-outdoor tiger.  Newly let loose on the great outdoors, Nagi (aka Shadow, Shadoodle, or just Doodle for short) is exploring the challenging world of tree climbing, grass eating, and ballsy neighbor Tom avoiding.  So far he has gifted us with two live mice in one mouthful, and one dead mouse.  On his first free carouse outside, he ate so much grass that he came right back inside and promptly threw up.  He seems to be much happier and more confident since he can go in and out when he pleases, and he is even getting used to the novelty of the fine drizzle that has been falling recently.

Nagi in his element. 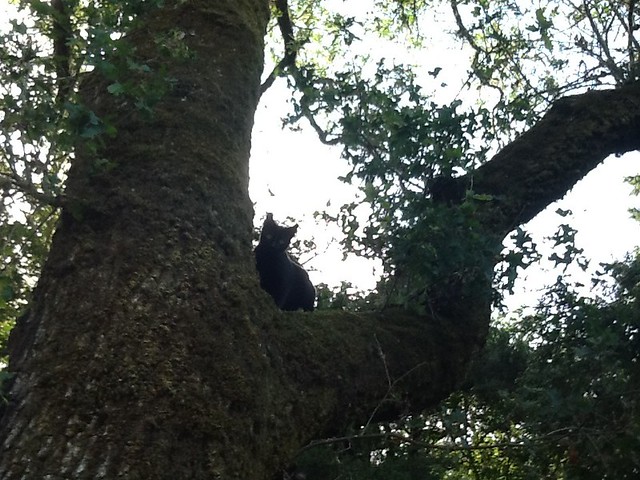 Nagi and Abner have learned to coexist peacefully, but Abner has taken the role of Alpha male.  Nagi is second in line for meals, gets second choice of sunning spots, and has been relegated to the foot of the bed whenever Abner snoozes on my torso.  Although Abner is marking more than in the past–including on the brand spanking new kitchen counters–no fur has flown for some time.  Good news.

A is for Alpha and Abner 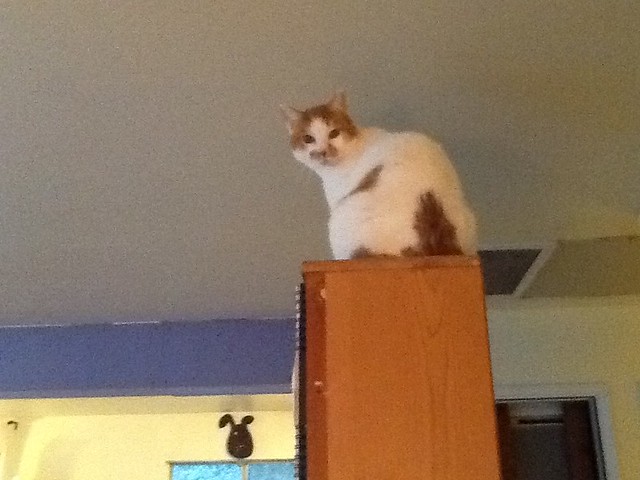 How are your little lords who wear fur or feathers?  All animals are equally adored here, so add links to your cutest pictures below.  Special welcome to lurkers who want to brag about their cuties.