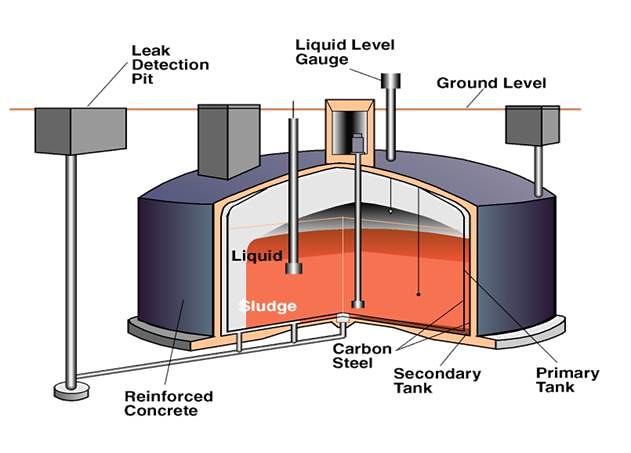 Rendering of Hanford Double Shell Tank by RiverProtection on flickr

Newly appointed US Secretary of Energy Ernest Moniz is scheduled to be in southeastern Washington State today, for his first visit to the Hanford site. During his April confirmation hearing he told Oregon Senator Ron Wyden that it would be “unacceptable” to maintain the status quo regarding cleanup, at Hanford. With what has come to light only recently about various government contractors pissing up a rope while collecting bonuses as the tanks leak, this is a massive understatement.

Hanford weapons production reactors produced the plutonium for the Trinity implosion-design device fission test in the desert, the Fat Man atomic bomb that was detonated over Nagasaki in 1945, and a nuclear arsenal that includes tens of thousands of warheads. Today, Hanford is home to 56 million gallons of radioactive waste, stored in 177 underground tanks, in sets of tank farms. The amount of waste at Hanford represents two thirds of the nuclear waste in the entire US.

The toxicity of the waste in Hanford tanks is such that the amount of sludge that fits onto the leg of a fruit fly is considered toxic. In fact, dozens of acres of the site have been shut down because fruit flies that first visited some sludge then went to the workers’ dining areas to dine on the food and so, the fruit flies had to be killed.

Hanford has two types of waste storage tanks: single shell and double shell. The single shell tanks that were designed to last twenty years are the oldest; they were mostly made in the 1940s and 1950s. They are made of an inner lining of steel surrounded by concrete, and 149 of them are in trouble. Half have failed and leaked upwards of a million gallons of radioactive liquid into the groundwater that leads to the Columbia River. There is no way to get to a leak underneath one of these giant tanks other than to remove it, and since the government has not shown a whole lot of excitement about doing this, these tanks are being monitored. There are currently six leakers among the single hull tanks.

What has come to the public’s attention recently, through this government report is that a newer double shell tank designed in the late 1960s to last much longer than the single shell tanks, tank AY-102 (in the AY double shell tank farm), is leaking to the annulus. The leak is likely due to some corrosion involving an enormous heat load at the bottom of this particular tank. The leak has escaped the inner wall of its heated home, and now challenges the outer wall of this tank. The annulus is the two-foot hollow space between the layers, and the outer wall is also the last wall. Tank AY-102 has been triaged to importance, because it was supposed to be a feeder tank that held a collection of toxic waste from other tanks, and then piped it to the Waste Treatment Plant for vitrification (processed into a solid and stable glass). AY-102 already holds more than 800,000 gallons of mixed liquid toxic waste.

The problems at the moment are 1) the Waste Treatment Plant does not exactly exist due to multiple design and technical problems and 2) It did not occur to anyone that AY-102, the feeder tank, would ever leak, but it did. Now, the government is saying that it will be another six years or so, before AY-102 can be pumped out. In October of 2011, leak detection instruments showed evidence of a leak, and an alarm went off. The government contractor had no plan in place for this. AY-102 contains, among other things, more of the byproduct Strontium-90 than any other tank at Hanford, and this byproduct has a tendency to sink to the bottom of the tank and then boil everything around it. There was no Alarm Response Procedure (ARP) in place, as the video here explains:

Not only was there no ARP in place from the contractor, the same contractor also spent millions of dollars for futile work to the tank, preparing it for being the ultimate feeder tank that it can never be. Both some of the workers for the contractor as well as the Department of Energy knew this, but the contractor pressed on with unnecessary work anyway. One can not help but assume that it was lucrative in this situation to fiddle while Rome burns.

While Dr. Moniz visits Hanford for the first time and the finger pointing begins, the Hanford ‘downwinders’ with cancer fight for reasonable settlements through the courts, but there is also this:

Taxpayers are footing the bill for the defendants’ legal costs and also for the settlements because of a World War II agreement to indemnify Hanford’s nuclear weapons contractors, including General Electric and DuPont. 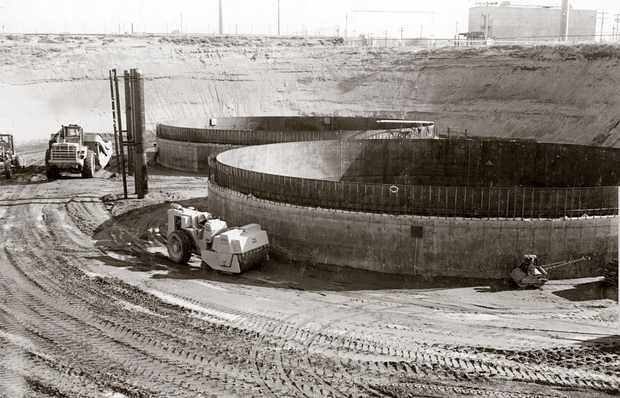 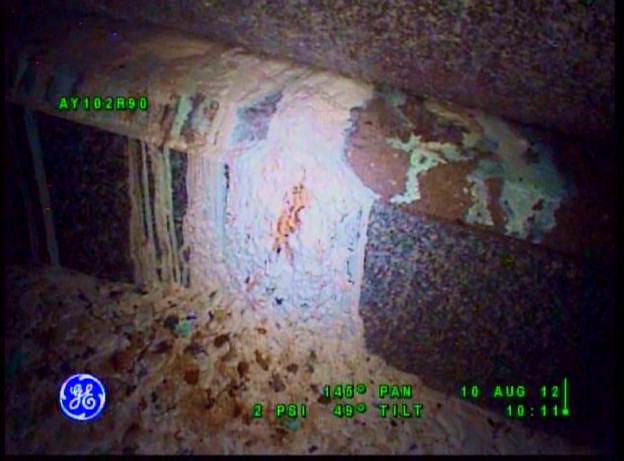 White material found in tank AY-102 by RiverProtection on flickr 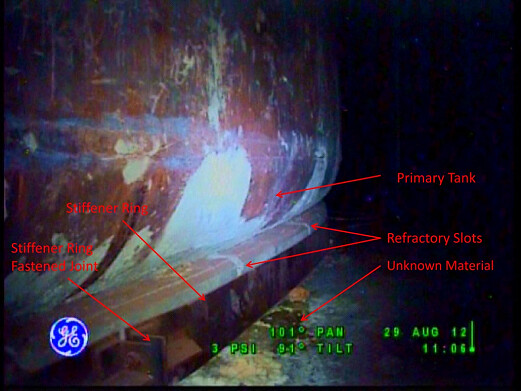