The New Effort to Get Our Rights Back: Move Over Citizens United

Daniel Marks
0 0
The New Effort to Get Our Rights Back: Move Over Citizens United Daniel Marks 2013-06-12

Remember way back in 2010 when we thought our democracy was lost when our political system turned bribery into an expression free speech? Remember how mad we were about the Citizens United ruling? Well, move over Citizens United. We want our basic rights back.

In the landmark case of 2010, Justice Stevens wrote in his dissenting opinion:
“If taken seriously, our colleagues’ assumption that the identity of a speaker has no relevance to the Government’s ability to regulate political speech would lead to some remarkable conclusions. Such an assumption would have accorded the propaganda broadcasts to our troops by “Tokyo Rose” during World War II the same protection as speech by Allied commanders. More pertinently, it would appear to afford the same protection to multinational corporations controlled by foreigners as to individual Americans: To do otherwise, after all, could “enhance the relative voice'” of some (i.e., humans) over others (i.e., nonhumans). … Under the majority’s view, I suppose it may be a First Amendment problem that corporations are not permitted to vote, given that voting is, among other things, a form of speech.”

People became outraged that our representation as constituents would be purchased away from us by any corporation or foreign nation that hides behind domestic super PACs. Our forefathers did not intend for corporations from Germany or Yemen to have the same rights of political speech in our capitol as US citizens. The Supreme Court dealt a severe blow to the republic with that ruling.

Now we need to talk about the Bill of Rights. Virtually all of our rights are now flimsy rhetorical obstacles to Congress, the President, and the Supreme Court. We are asked to “trust them” because they have found the right “balance.”

Would you believe that even the idea of the separation of church and state will be examined by the Supreme Court soon? Why, after over 200 years do we suddenly have a crisis of understanding what our founders meant by separation of church and state? The court is not interpreting our Constitution. They are writing their own.  Town of Greece v. Galloway will become a turning point in religious freeedom in America.

The President feels he has earned our trust, yet he admits to violating our right to privacy, due process, and freedom of the press. There is no balance to strike between our right to be secure in our homes, possessions, and papers and being insecure. That is unacceptable.

Congress gave us the Patriot Act, Department of Homeland Security, and the NDAA. These were not created to increase our freedoms. They took them away. We saw the full effect of this when Boston declared martial law and locked the entire city down to find one dangerous kid. Are we a nation of wimps who hide in their homes begging for the boogie man to leave us alone? If we are, then they win. We are terrorized. We empowered our enemies as the scariest thing we have ever seen.

The USA killed Osama Bin Laden. We won. The war on terror is over now. We will need those rights back as soon as possible.

I would love to have a constitutional revival. We need to restrain the encroachments of the federal government on our rights as free citizens. We need to extend privacy rights found in the 4th amendment to our internet activity, secure our elections system, extend our rights to peacefully gather to protest, and create a method to control our government for generations to come that makes sure it abides by the Constitution as it is written.

Much of the effort in proposing amendments in the last few years has centered around the Citizens United ruling and debt/budget problems. I believe it is quite clear that there is a dire need to address a wide variety of issues and there is no way Congress is up to the task.

We simply need our rights back. Some of us don’t like to see the KKK marching, but we know this is America and everyone is free to speak like a jerk. It took the extraordinary event of 9-11 to make us forget how precious those rights were. At the time, we thought it would be easy to go back to our usual free ways after the war on terror was over, but let’s get real. It will take an extraordinary effort to get them back. They didn’t come easy in the first place.

“Society in every state is a blessing, but government, even in its best state, is but a necessary evil; in its worst state an intolerable one; for when we suffer or are exposed to the same miseries by a government, which we might expect in a country without government, our calamity is heightened by reflecting that we furnish the means by which we suffer.” ~ Thomas Paine, Common Sense, 1776

“The founders clearly intended it (an Article V Convention) as a balance to proposal of amendments by Congress, providing the people, through their state legislatures, with an alternative means to consider amendments, particularly if Congress was unable or unwilling to act on its own.” Thomas H. Neale,The Article V Convention for Proposing Constitutional Amendments: Historical Perspectives for Congress October 22, 2012 http://www.fas.org/sgp/crs/misc/R42592.pdf

We know we need to correct some things. Most of us have come the realization that it will require amending the Constitution. Let’s do it the most democratic way possible.

What would Americans propose as amendments? This is something that need not be answered specifically at this time. We see problems, the solution to which must take place outside of Congress and corporate institutions. The question is not about what amendments to discuss and debate at a convention. It is simply about holding a convention because we recognize it is the only way we citizens can participate directly in our constitutional form of government.

Let the convention do its work. As Senator, Robert F. Kennedy suggested that the states should not try to suggest language for amendments prior to the convention. “The attempt is to make the convention merely an initial step in the ratifying process instead of a deliberative meeting to seek out solutions to a problem. The word ‘propose’ cannot be stretched to mean ‘ratify’.”

I know some readers will swear this is the end of our Bill of Rights if we allow a convention to assemble. But, remember why you read this article? It was because the federal government has already balanced your rights with their needs. That’s the proof that they are already gone. What are you going to do about it? What do you really have to lose now? This Convention is long overdue and now it is unavoidable. 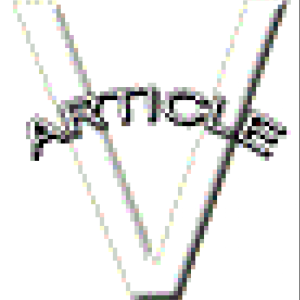 The New Effort to Get Our Rights Back: Move Over Citizens United