The Rise and Fall of Fast Track Trade Authority

You think trade is complicated, technical, boring, so you tune out and don’t pay attention to the issue… And then BANG, you’re told they are moving the facility where you work out of the country and you are going to be laid off, but if you want your severance and the chance to collect unemployment you have to train your replacement. Not long after that, in other factories and offices everyone is told to accept wage and benefit cuts or they’ll move that facility out of the country, too.

Six months later you look around and your downtown locally-owned storefronts are getting boarded up one at a time because the private-equity-owned chains that circle the town carry all that cheap stuff from China and they buy at such a large scale that no small business can compete.

After a year you finally land a job! The job is you have to dress up like a duck and stand on a corner waving a sign. These are the things that all of this arguing about trade is about. Welcome to the new America.

Lori Wallach’s book, The Rise and Fall of Fast Track Trade Authority, provides a history of how we got here. It gets into how our trade agreements are negotiated, what they mean to our country, and the ongoing battle between the Congress and executive branch over what process we should use. Wallach describes the book as “actually a fun read.”

The book naturally starts with the Boston Tea Party, which was actually part of a trade war over taxes on tea. England had a government run by a wealthy few who used their wealth and power to maintain their wealth and power – largely through trade rules. (They forbid the American colony to manufacture and taxed the things we imported.)

So we revolted, won, formed a government conceived in liberty and dedicated to the proposition that all men (and later men of color and then later women but not LGBT people yet) are created equal and wrote a Constitution with checks and balances to make sure that We the People had a big say in our trade policy.

Wallach writes of 5 trade “regimes” or periods that took place between then and now, with Congress largely in control but occasionally handing over their power to the administrative branch. But then came the idea of a new trade-negotiating process, commonly called “Fast Track,” which dramatically changed the role of Congress in trade as well as non-trade laws. It is not too much to say that Fast Track shredded the balance of powers in the Constitution, delegating Congressional trade authority to the executive branch.

Fast Track lets the trade negotiators push through domestic policies that Congress would never pass, and then gives Congress a very short amount of time to agree or not. The process, with a very short time for consideration, allows the President to, as Wallach writes, (page 87) “…shepherd the powerful arguments made in the past about damage to US credibility and foreign relations if changes to a signed agreement were sought. Congress would be put on the defensive in this case, facing enormous pressure to proceed with consideration of the pact.” On top of this Congress faces massively-funded campaigns from the corporate interests served by the agreement, generating the appearance of popular support for the agreement.

And this is how we ended up with a vast, massive, huge, terrible, enormous, mammoth trade deficit draining around $600 billion a year out of our economy. (click for larger) And the reasons for that trade deficit are a big part of how we ended up with the loss of millions of jobs, 50,000+ factories, entire industries, extreme concentration of wealth among a very few, and the terrible pressures the rest of us face just trying to get by.

All of this is important as we get ready for the fight over the Trans-Pacific Partnership (TPP). I’ve been beating the drum about TPP, but Lori Wallach has been the drum major. This is a vast treaty being negotiated in secret with tons of corporate input but little or no input from working people, human rights organizations, environmental organizations, consumer rights organizations and others. With a process like that the results are predetermined — great for the already-giant multinational corporations and the billionaires behind them, terrible for any remaining concept of democratic government and the people and the planet. TPP goes so far beyond “trade”, and sets aside so much of our own understanding of law and sovereignty that it could be called a framework for a new worldwide corporate state.

Now that we are all in a positive frame of mind… let the dialog begin. 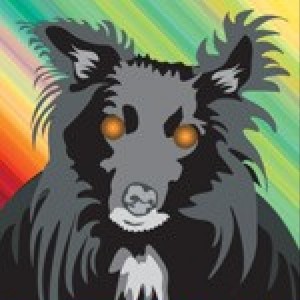 Principal author at Seeing the Forest.