Agreed, the window of opportunity is wide open for the passage of substantial immigration reform. Immigration reform is, after all, the next big ticket item. It’s the coveted prize that allegedly holds the key to millions of Latinos nationwide who will soon fall in line with whatever the powers that be decide to pass as “immigration reform”. No matter what it is, just slap the word “reform” to it and you will keep the community happy. After all, would anyone in their right mind would want to anger the same community that just proved to be a deciding factor in the last election? No, of course not. So then call it “reform”, enlist the help of Latino-sounding names and sell, sell, sell as much as you can- no matter what it includes. The details don’t matter. Slap the word “reform” and everyone will fall in place.

Who cares about the details? If you call it “reform” then “reform” it will be. After all, the main goal is not really to reform the system and strengthen the rights of 11 million people. Of course not, that would mean going against the nativist, anti-immigrant, supremacist powers who have done such an incredible job of convincing people that they should be very, very afraid of immigrants. Nope, all you need to do is to call it “reform”, lock the Latino vote, and blame the other guy for any mistakes or exclusions along the way.

Immigrant rights? That’s the least of your worries. This is really not about immigrants; this is really about politicians. Who will be at the winning end of “reform”? Who will look good? Who will win the golden ticket while not really changing much? Immigrant rights? Ha, that’s not what immigration reform is about. It’s not like you really want to put an end to raiding immigrants’ homes, separating families, locking-up their children, shooting them at border, monitoring them with drones, persecuting, alienating, discriminating, kicking out their youth, and creating a whole infrastructure of second-class humans to abuse, exploit, profit off of or discard whenever and however it’s needed? Of course not. That’s not how this is done.

First you have to ease the fears. Yes, the fears that have been engrained so deep in our social fabric by groups whose whole purpose is to instill a phobia of the different and the unknown. Groups that use the word “immigration” in their names to legitimize their hard anti-immigrant beliefs – all the while brewing anxiety with a powerful nativist and well-funded hate agenda (ahem Center for Immigration Studies, Federations of Americans For Immigration Reform, Californians Coalition for Immigration reform.) They have done such an incredible job of driving the immigration narrative that they have pocketed several fringe and not-so-fringe politicians to carry their hatred to the halls of Congress. If you listen closely, you’ll hear the same exact words that come out of their fake studies, spokespeople, and talking points, in the speeches of public officials at the highest level, local legislators and in the actual text of legislative bills and proposals. Words such as “Enforce”, “Secure”, ”Verify”, “Punish”, “Terrorize”, “Steal”, “Invade.” – Be scared, be very scared. The immigrants are coming to get you!

Exhibit A (Rest of the series at http://ifyoudonttheywill.com)

These groups have done their job. They have spoken. Forget the reasons and root causes of what brings folks to this country in the first place. Forget how we have incentivized their migration. Forget that immigration is indeed how this country was built. Forget that immigration is as patriotic as the flag and the Statue of Liberty. This time it’s different. These are not the type of immigrants you want. They don’t really look like you, do they? They are different. This time you should be very, very afraid.

After all, immigration reform is not about immigrant rights is it? It’s about fear.
Disagree? Well too bad because this has already been put into place. There is already widespread support for this approach. It has been sold well enough. Co-opted, stamped and Latino approved – or so they say. Fear first, rights later. Abuse first, rights later. Security (or secure borders?) first, rights later. Deport first, rights later. Exploit first, rights later. It’s all in motion, compromised, fired up and ready to go. All you need is to fall in line. Don’t worry, they will make sure to appear to fight for some – they will throw a bone and talk about a pathway for the most deserving and the most skilled,not the ones who need it the most. They are not deserving of any “reform.” It’s all calculated. You don’t have to do anything. The anti-immigrant bunch will have done it all for you. There will be a bill soon and they will speak up to make sure absurd fear trumps human rights. So don’t worry – If You Don’t Speak Up, They Will Speak For You. 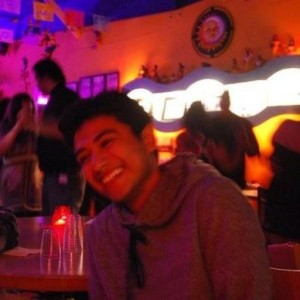