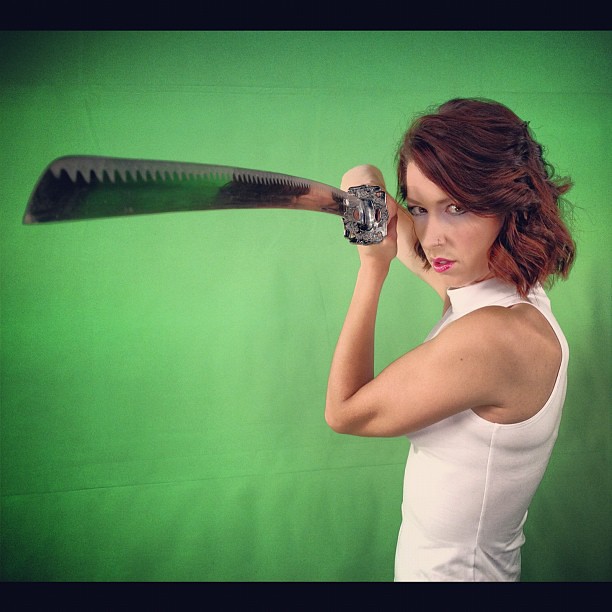 RT TV‘s meteoric young on-air commentator, Alyona Minkovsky, left the network in late July, to take a position at Huffington Post’s new real-time web niche, HuffPost Live. While at RT TV, Minkovsky’s interviews were edgy and provocative. Her interviewing skills combined with what appeared to be a thirst for knowledge about news that seldom or never gets covered by the likes of Rachel Maddow or Ed Schultz, for instance. Compared to Alyona, Rachel was more like FOX than like progressive.

Since her move to HuffPost Live, it has been almost painful to watch how the new show seems to have sucked the life and soul out of a brilliant young news person. I guess HuffPost could do that to almost anyone, though. I stopped watching.

On her last show before exiting into Arianna’s fief in the Borg, Alyona interviewed Firedoglake‘s Jane Hamsher and the Guardian‘s Glenn Greenwald. I praised her fine work up to that point in her career, as did Kevin Gosztola.

So what did RT TV do to make up for the loss of Minkovsky? On September 4th, a new show debuted, featuring Abby Martin. According to RT‘s bio page on her:

Abby was involved in the creation of multiple new media projects. She is a self taught editor, videographer, writer, journalist and artist. In 2009, she founded her own citizen journalism media organization called Media Roots based in Oakland, CA. There, she editorially managed and produced hundreds of multimedia stories, including front line coverage of the Occupy Oakland crackdowns.

Abby is also the youngest member on the board of Project Censored, the largest research organization in the country, that works to publish the top 25 censored news stories every year. While based in the Bay Area, she hosted a weekly radio show with Project Censored on KPFA, a Pacifica affiliate FM radio station.”

I’ve caught a few YouTube clips from her show, Breaking the Set, and from her short feature, Brainwash Update. She’s sort of like Minkovsky on steroids. Unfortunately, I’ve been way too busy with teaching, conducting and composing this fall to watch much, but her reports on Gaza may have been the best on American television. She was visibly moved, even physically disturbed by the possibly intentional Israeli attacks on newsmen, including RT, during the recent Gaza massacre. But this one threw me for a loop:

I would not want to piss off this courageous reporter.

Welcome to the battle, Abby the Hasbara Slayer.

After Martin’s in-your-face response to threats, she was again criticized by Zionist media.  Here’s how she responded (28 minutes):

I’d like to see Martin interview the Israeli Ambassador to the Netherlands, Haim Divon, next.  As the Gaza massacre was winding down, he went to a speech at which “full-time fascist” Leon de Winter raged:

The website PowNed reported that de Winter “made his proposal for forced eugenics yesterday evening in Amsterdam at a solidarity meeting of Dutch Jews,” and that the speech by de Winter was broadcast this morning by Dutch mainstream and publicly-funded Radio 1.

De Winter responded in his speech to the accusations of genocide leveled against Israel, saying that the population of Gaza had only increased over the last few years. “Maybe we should secretly add some means of birth control to Gaza’s drinking water,” De Winter proceeded to propose.

The suggestion was met with roaring laughter by the public. Among the participants that evening were the Israeli ambassador to the Netherlands, Hiam Devon [sic], and the cheerful leader of the [religious ultra-conservative] SGP party, Kees van der Staaij.

De Winter blogged until 2008 on the mainstream liberal news site Elsevier. He is also an “an adjunct fellow” at the Hudson Institute, a right-wing American think-tank.

While de Winter, known for his “humor,” might have intended his suggestion as some sort of sick joke, the reported reaction suggests that the audience were only too ready to mock an already dehumanized population.

Maybe Martin can interview Divon on his seeming support for such a strange and public fascist, whose ideas strike me as boilerplate Anders Breivik. 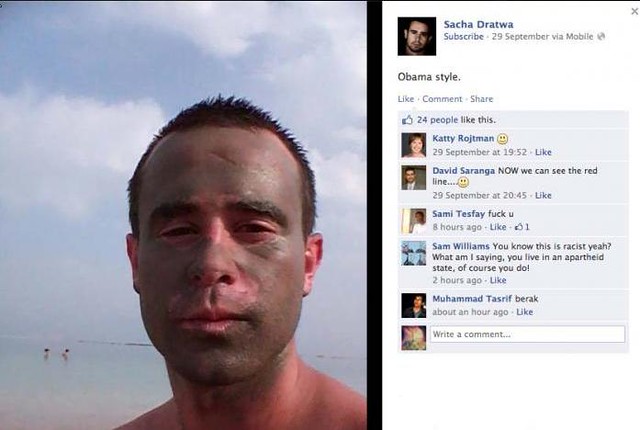 I suppose in his racist mind, he thought he was being funny.  The American blog, YourBlackWorld did not think Lt. Dratwa was funny.  At all.  Nor did Democratic Underground.

Maybe Lt. Dratwa feels their anti-Semitism keeps them from seeing the true humor in his, uh, parody.