Gaza Brings Up Two Questions: When Are Journalists Legitimate Military Targets? – & Are Any Israel vs Nazi Comparisons Apt?

EdwardTeller
0 0
Gaza Brings Up Two Questions: When Are Journalists Legitimate Military Targets? – & Are Any Israel vs Nazi Comparisons Apt? EdwardTeller 2012-11-19 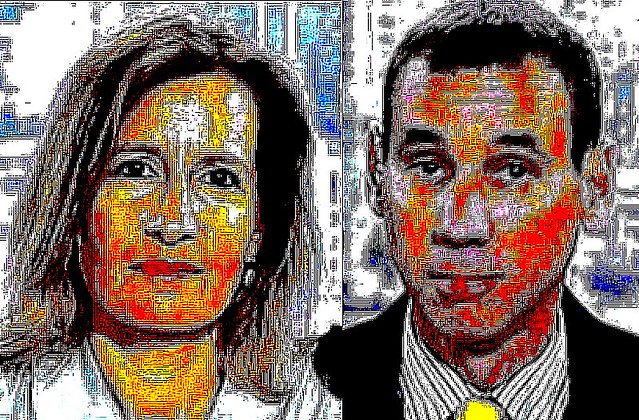 I. Israeli government spokesperson Mark Regev is one or the smoothest operators out there among world-class apparatchiks.  Like Israeli Defense Forces spokesperson for the press, Avital Leibovich, he is unperturbed when being asked vexing questions about the dubious morality of Israeli military policy.  Early in the weekend, Leibovich was questioned by RT TV about the bombing of a building in Gaza City which housed offices, equipment and reporters for several news agencies.  She claimed it was impossible to avoid hurting journalists, because Hamas was using them as “human shields.”

After a second Israeli attack on a media building in two days, this time killing two journalists, the spokesman for the Israeli Prime Minister, Mark Regev explains to al-Jazeera English that because the journalists were Palestinian the Israel military considered them legitimate “targets.” Regev’s remarks were made just a few hours after the November 19, 2012 bombing of al-Shuruq Tower and another building used to house the offices of several media outlets, including both Palestinian and international networks.

Speaking to al-Jazeera, Regev said, “We took out the target that we wanted to take out.” When pressed by al-Jazeera over the injuries of eight journalists the previous day, where one lost his leg, Regev continued:

“Oh you’re talking about… oh first of all maybe we have a discussion about who is a journalist and if you’ll allow me I will elaborate on this. There is the al-Aqsa station, which is a station that is a Hamas command and control facility, just as in other totalitarian regimes; the media is used by the regime for command and control and also for security purposes. From our point of view that’s not a legitimate journalist.”

Al-Jazeera’s correspondent then followed-up by asking, “So what are you saying? That a local Arab journalist life is any less than an internationalist journalist?”Apparently for Regev, yes, in Gaza there are no legitimate Palestinian journalists, only targets. [emphasis added]

I don’t think international law makes a distinction between journalists working for outlets within authoritarian regimes and others.  Nor do I think Mr. Regev or Ms. Leibovich care.  There may be Palestinian journalists working in Gaza who are not somehow connected to Hamas, but to get their credentials they have to apply to the local government – Hamas – to get them.

“These attacks constitute obstruction of freedom of information,” stated Reporters Without Borders secretary-general Christophe Deloire. “We remind the Israeli authorities that, under humanitarian law, the news media enjoy the same protection as civilians and cannot be regarded as military targets.”

Predictably, Israel tried to justify hitting buildings being used by journalists by claiming it was “infrastructure of Hamas’ operational communications” were located inside the civilian building. It targeted the communication devices on the rooftop to “minimize damage.” And, it hit the second building because that building was also “part of Hamas’ operational communications.” They “deliberately located” the devices on the roof of the building, the army claimed.

Deloire did not accept this official statement, “Even though the outlets targeted are linked to Hamas, it does not legitimize the attacks…Attacks against civilian targets constitute war crimes.”

Ofir Gendelman, spokesman of Israeli Prime Minister Benjamin Netanyahu, tweeted that “No Western journalists were hurt” in the attacks on the media buildings, which suggests the lives of non-Western journalists are meaningless to Israel. They can be wounded or killed and that will be fine because it will be easy to suggest they were Hamas sympathizers or were working for the Hamas.

And here is Avital Leibovich on RT TV, on Saturday (I carried this clip in an fdl diary on Sunday):

Regev goes further than Leibovich.  She argued that Hamas is using reporters as human shields, so some might get hurt.  Regev states “the media is used by the regime for command and control and also for security purposes. From our point of view that’s not a legitimate journalist.”

When American reporters become embedded in military units so they might do battlefield reporting, the version of their account that gets published almost always helps “the regime for command and control” in a strategic sense.  The same is often true with British reporters embedded with UK units, and so on.  No doubt reporters embedded with Israeli units help steer the national meme in the preferred direction of the regime in power far more often than not.

…Inasmuch as they are civilians, journalists are protected under international humanitarian law against direct attacks unless and for such time as they take a direct part in hostilities. Violations of this rule constitute a grave breach of the Geneva Conventions and Additional Protocol I. What is more, intentionally directing an attack against a civilian – whether in an international or in a non-international armed conflict – also amounts to a war crime under the Rome Statute of the International Criminal Court…

Ofir Gendelman’s statement about these bombings, that “no Western journalists were hurt” once again betrays the racism that has become so embedded in Israeli society that Bull Conner would be proud.

But when ARE journalists legitimate targets?  If Churchill had been able to call down a Mosquito strike on Lord Haw-Haw‘s studio, would he have done so?  Would Admiral Bull Halsey have ordered Helldivers and Corsairs to destroy Tokyo Rose‘s control room, had he known its whereabouts?

Both Lord Haw-Haw and Tokyo Rose were tried in their native countries – the UK and USA, respectively – for treason.  Haw-Haw was hanged and Tokyo Rose served a relatively short sentence, eventually being pardoned by President Gerald Ford.

In World War II, the Nazis and Soviets faced off in an “existential” struggle, and many captured journalists from both sides perished.  These days, it seems that Israel considers every threat, whether it be from artists not wanting to collaborate with Israeli ensembles, or food co-ops not wanting to offer West Bank settlement products for sale, or student groups at colleges, demonstrating against apartheid to be an “existential threat.”  They have turned into the nation at arms Napoleon or Ludendorff could only have imagined possible.

Certainly Israel is not alone in its hostility toward reporters seeking honest answers, or who are seeking to unearth disturbing truths.  But the degree of justification they seek in explaining the killings of people they consider to be “non-white” (as in Gendelman’s tweet)  reporters is creepy.

So, if you want to back or supplement Regev, when ARE journalists legitimate targets, if ever?

II.  Bringing up World War II in Europe, particularly the Eastern Front, when writing or speaking about Israeli history or current Israeli policy, even tangentially as I have done above, can lead to accusations of unfair comparisons.  I’ve usually kept far away from comparing Israeli atrocities to those of the Nazis.  I advise others to do the same.

Here are some ground rules:

I recommend against comparing anything done by actors for the Jewish State of Israel with anything done by the actors of the Nazi 3rd Reich. There are more apt historical comparisons to be made:

1) Various tribal wars of European colonist or the American government against our first peoples.

5) The Apartheid policies of the Union of South Africa. This is particularly apt, as the State of Israel supported these atrocious policies directly in many ways, extending to the latter offering the apartheid SA government nuclear weapons, in a variety of sizes and flavors.

6) I’m sure there are other non-Nazi examples.

I do subscribe to the notion  – Godwin’s Law – that “in an argument, the first person who mentions Hitler loses.”

The only comparison between Nazi policies and Israeli policies I have been tempted to make has been that of comparing the 1941-44 900-day siege of Leningrad to that of Gaza. Even there, the metaphor doesn’t strike me as strong enough to be as usable as many viable models that don’t throw Hitler into the equation.

However, in the spirit of inquiry, ARE THERE apt comparisons between Israeli policies or dogma, and anything whatsoever having to do with the Third Reich?

Gaza Brings Up Two Questions: When Are Journalists Legitimate Military Targets? – & Are Any Israel vs Nazi Comparisons Apt?