Something We Can All Agree On: Elementary Kindness

hotflashcarol
0 0
Something We Can All Agree On: Elementary Kindness hotflashcarol 2012-11-09

Her Highness Hotflashcarol and her little sister, back in those halcyon haystack days at the ranch

The very least you can do in your life is to figure out what you hope for. And the most you can do is live inside that hope. Not admire it from a distance but live right in it, under its roof. What I want is so simple I almost can’t say it: elementary kindness. Enough to eat, enough to go around. The possibility that kids might one day grow up to be neither the destroyers nor the destroyed. That’s about it. Right now I’m living in that hope, running down its hallway and touching the walls on both sides.

I used to have this quote taped on the wall in front of my desk, where I would see it every day. Some days I would focus on the “elementary kindness” part, and that would remind me of another quote, attributed to Mother Teresa: “Be kind anyway.” Thinking about that eased my mind and allowed me to set aside my “righteous” indignation over that day’s outrage. Whew.

Other days, I would focus on the “living in that hope, running down its hallway and touching the walls on both sides” part. I would remember the wild abandon I felt as a child, racing between the long rows of haystacks on my grandpa’s ranch. Or I’d imagine that I was one of the players on my high school football team at the state championship, bursting through the giant Go Leopards! banner and running through a tunnel of my teammates as they slapped me high-fives. Or I’d hear my Auntie Anne, a therapist and shaman who heals veterans with PTSD, say to me when the world seemed hopeless, pointless, impossible: “You can live in the nightmare, or you can live in the dream.”

For the past few weeks of this election season—maybe even months—I’ve chosen to live mostly in the nightmare, to live inside despair instead of hope. Yesterday, I suddenly snapped out of it. I got a little wake-up call from someone who chose to be kind anyway. I spent a lot of Tuesday evening and most of the day Wednesday venting my rage on various FDL threads and on Facebook, excoriating everyone who voted for Obama and attempted to defend their positions. Even people who love me and agree with me were telling me to take a chill pill.

A young woman who I am FB friends with (but don’t really know) posted, on her own page, her reasons for being happy about Obama’s win—one of which was seeing the first African-American president re-elected. She said that she didn’t appreciate people posting ugly stuff about the election on her page; she’d rather people “unfriend” her than do that. So I whipped right in and unfriended her with an “Okey dokey” before I left, even though she and I had never had any previous direct interaction on Facebook or in person. Take that, you, you . . . happy person who doesn’t have the sense to be outraged like me! In fact, she is a fellow Occupier and committed activist. I have admired her for the past year, not only for her wonderful writing skills, but also for her courage in standing up to the very worst of Occupy bullying and divisiveness. But hey, too bad we can’t be friends any more! I don’t have time for people who . . . live in the dream.

It turns out she wasn’t willing to dismiss me as quickly as I dismissed her. (As I noted above, she has lots of practice in standing up to bullies.) She emailed me yesterday morning and asked why I needed to be so snarky, why I was acting like I am morally superior. With an attitude like that, she asked, why bother imagining that the world can be a better place? Good question. I came thisclose to sending back another kneejerk response along the lines of, we’ll have to just agree to disagree. But I couldn’t do that, because I respect her,  I care what she thinks about me and I felt terrible about what I had done. I had no reason to be hateful to her. And she’s definitely not the first person who has accused me of acting that way recently. I got down off of my high horse and sent her a very heartfelt apology, which she was kind enough to accept. Whew.

Clearly some introspection is in order. I know exactly why I am feeling anger and despair, but my remorse for misdirecting those feelings doesn’t make them go away. Early on in his first term, I was angry at Obama; he was like a lover who betrayed me. Several people I know have expressed that exact same notion, of someone you fell for letting you down. Now I believe that anger was misdirected as well. Yes, I feel rage when I read about the latest civilian casualties of the drone war or the latest backroom bankster deal, but Obama is just the latest in a long line of leaders who have betrayed us, and he won’t be the last. They are rubber; we are glue; anger bounces off them . . . .

I have come to believe that our only hope is to stop legitimizing and enabling this patriarchal system, especially two-party electoral politics. To stop waiting for the right Democrat, the right leader, to step up and somehow undo in four or eight years what decades of unfettered capitalism and imperialism have wrought. When election day came and everybody finally had to lay their cards on the table, my heart sank to see how many of those cards had “Obama” written on them. Most of my progressive friends voted for Obama. And not all of them were in the lesser-evil camp; many still hold him in high regard, or at least are optimistic that he will try to make their lives better.

The celebratory response to Obama’s win made me feel even more alone than I normally do, here in America. And when I feel alone, so marginalized by my wacky core beliefs that are shared by a tiny percentage of the U.S. population (vegetarianism, atheism, Marxism, socialism), I tend to react in a way that comes across as morally superior, more enlightened, leftier-than-thou. I’m used to my vegetarianism provoking this response, even though I don’t proselytize; mostly I try not to mention it, the same way you try not to mention that you have syphilis—especially at the dinner table. Nevertheless, the mere act of my not eating meat can cast a judgmental pall over the meal. Mr. HFC and I try to keep a very low profile at Thanksgiving. But I digress.

I have to admit that leading up the election, and in its immediate aftermath, I have been judgmental. This time around, we knew exactly who Obama is, what he stands for, and which direction he tilts when we push him (hint: it’s almost always to the right). We know that the system is rigged, that our choices are limited to candidates who have been bought and paid for by the oligarchs. I have been intolerant of anyone who expressed faith in the integrity of the presidential election and voted for Obama in spite of these facts. I have been compelled to tell them that they’re at least somewhat responsible for whatever happens next.

I’ve been viewing this as a zero sum game: any energy spent on Obama, on propping up a failed system, is energy taken away from the revolution, from the dream. But maybe it’s not a zero sum game; maybe these parallel paths all lead to the same place, to that new world that we hold in our hearts. The one thing I bet we can all agree on is that the hard work we’re all doing for social justice must continue unabated and that we can try to be kind anyway whether we work separately or hand-in-hand. And we better hurry; time’s ticking away. 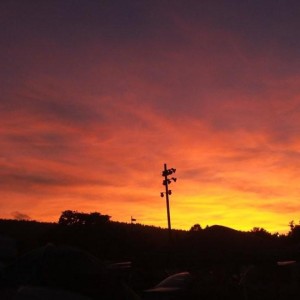 Something We Can All Agree On: Elementary Kindness