In May of 1990, Earth First! organizer Judi Bari and her fellow activist Darryl Cherney were preparing for the biggest demonstration they’d ever mobilized: a convergence of thousands of eco-warriors from all over the country on an expanse of California old growth redwoods targeted by the timber industry for clear cut. They were calling the event “Redwood Summer,” after the Civil Rights Movement’s Freedom Summer of 1964.

Redwood Summer took place, but without Bari. Instead of standing on the front lines of a massive battle against the destruction of the Headwaters Forest in Humboldt County, she spent the next several months recovering from a car bomb blast that had crippled her body and nearly took her life. At the same time, she was fending off accusations from the Oakland Police and the FBI that she was an eco-terrorist responsible for her own permanent and life-changing injuries.

Cherney and Bari were both in the car when the bomb went off. They were heading out from Oakland to a concert and rally at UC Santa Cruz in Bari’s Subaru station wagon. The explosive device was hidden under the driver’s seat and had nails strapped to it to maximize its lethal potential. The blast shattered Bari’s pelvis and damaged her spinal cord. Cherney also sustained injuries, and both were sent to Oakland’s Highland Hospital, where they were summarily arrested for bombing themselves. FBI agents, who had shown up at the crime scene within minutes of the explosion, had joined the Oakland Police in hastily declaring that the evidence pointed to Bari and Cherney being eco-terrorists who were transporting explosives that they had accidentally set off.

The accusation made no sense on a number of levels. Earth First! was a non-violent movement, and Bari had personally led the charge to stop activists from employing the tactic of “tree spiking,” the only technique used by forest defenders that held real potential for physical injury to anyone other than the activists themselves. And the FBI’s factual claims ranged from dubious to outright false. Investigators claimed that the bomb had been placed in the back seat of the vehicle, in clear view; photos of the damage plainly show that it was stowed under the driver’s seat. The FBI claimed that the nails attached to the bombs, which had torn through Bari’s body, matched nails in the trunk of Bari’s car; they clearly did not. The bomb had been rigged with a motion-triggered detonator and a timer, which were set—not a likely scenario for two individuals who were neither suicidal nor stupid beyond belief.

Seven weeks later, the Alameda County District Attorney announced that there was insufficient evidence to pursue charges. But the damage to the reputations of Bari, Earth First! and the environmental movement at large had already been done. The smear campaign by local and federal law enforcement had transformed Earth First! into a menace in the public imagination, and paved the way for decades of easy conflation of environmental direct action and “eco-terrorism.”

Even after Bari and Cherney were vindicated, the FBI, which had been infiltrating and spying on Earth First! for years, did little to nothing to find the real culprits. Bari filed a civil lawsuit against the FBI and the Oakland Police Department in 1991, alleging that officers and agents knew that she and Cherney were innocent, and had arrested them as part of a misinformation campaign to discredit Earth First!. (Some believe the FBI’s complicity in the bombing went further still.) The suit was still wending its way through the courts when Bari died of breast cancer in 1997. In 2004, the FBI and the Oakland Police agreed to a combined $4 million payment to Cherney and the Bari estate to settle the suit.

Now, 22 years after the attack, the case of who bombed Judy Bari is still unsolved, and Darryl Cherney is still looking for answers. Last week, Cherney, who is on tour with a new documentary film on the subject, announced a $50,000 reward “for information leading to the identification, arrest, prosecution and incarceration of the person or persons responsible for the attempted assassination of Judi Bari by placing a bomb under the seat of her car.”

“The person who bombed us will be found,” Cherney wrote in an email for this article. “I have dedicated a portion of my life to finding those responsible. While this may offer a small piece of the puzzle, it could be a key piece that helps us recognize the bigger picture as to what is wrong with this country and, as importantly, how we can make it right. While people are dismayed that Obama is authorizing extrajudicial killings of American citizens, our case shows this is nothing new. The tragic history of the American Indian Movement, the Black Panthers and the American labor movement prove that U.S. government-sanctioned domestic assassinations has a long story that needs to be put to and end. If the $50,000 reward can bring to light the FBI’s complicity in the attempted assassination of Judi Bari, it is a small price to pay.”

If you have information pertaining to the bombing of Judi Bari, contact Cherney.

Why We Fight to Prevent Stolen Elections in 2012...and Beyond

How do you spell extinction event - 3.6 degrees Fahrenheit, 2 degrees Centigrade 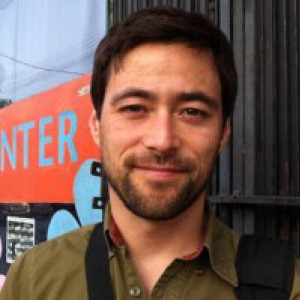