Pull Up Your Cat (Halloween Edition)

http://www.flickr.com/photos/49292244@N02/8130839020/in/photostream
Wooooooooo(meow) Happy Halloween! A day in which sane people celebrate black kittehs while batshit insane people think they are demons or whatever. Speaking of which, did you know that almost half of the American population believes in demons? Okay, yeah, that’s absurd but don’t say that to the people at Exorcist U. Also too, were you aware that August 17 is Black Cat Appreciation Day? I wasn’t either so we missed it. Darn!

Anyway, as some of you know, I went to a Halloween Party last weekend which is why I didn’t take the 1/52 annual kitteh post. I’ve posted a photo of some of the party goers above. Just some aging hippies, plus one princess in training. Some friends came down from Austin and stayed with me, which traumatized poor, intrepid Kuroneko no end. She was actually trembling when she was under the covers with me and she didn’t last all night but exchanged the warm bed for her security closet. Silly cat! The people who visited have like ten cats of their own and would have been super pleased to visit with her and dote on her. She got over it fairly quickly though, which is a distinct improvement. The last time a friend stayed over, she didn’t come out until hours after she had left. This time she was out as soon as the door was closed behind them. Hope!
On to this week’s pics: 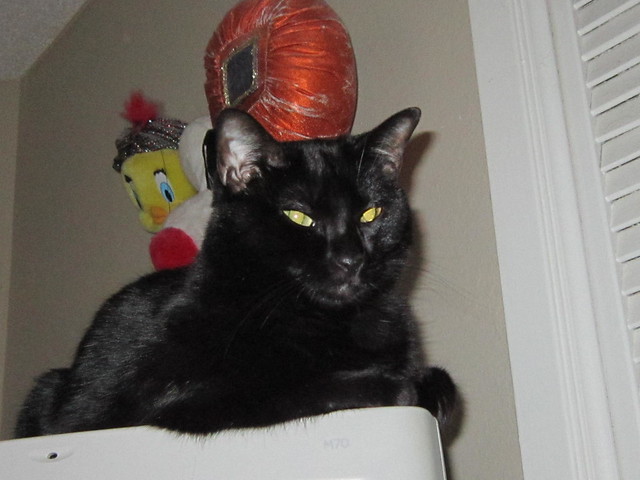 The Kuroneko picture of the week is one of her disdainfully
regarding me from her perch on the monitor this morning
while I was searching for a Kuroneko picture
of the week. Found it!
http://www.flickr.com/photos/49292244@N02/8130806445/in/photostream
Obligatory cute kitten photo via lolcats. In the spirit of
the holiday, may all kittehs be black and all gourds be
pumpkins!

I still haven’t heard any news about SouthernDragon but he’s got enough on his plate so please join me in sending healing energy his way and sending all of the love we can transmit to his kitteh friends.

I hope everybody has a wonderful week to come. Be safe on Halloween and please keep your cat indoors until after All Hallows Eve is over, especially if that cat is black. There are nut jobs out there and black cats outside on or before Halloween can be a target for them. A special shout out to the folks in the northeastern part of the country: Keep yourselves safe from the storm and make sure your animals all have adequate shelter.

Please remember to set aside some time to spend with whatever animal(s) share your life. 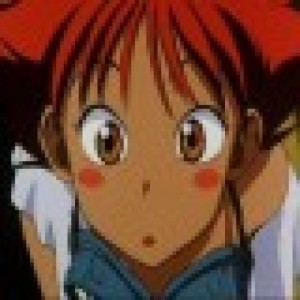 Pull Up Your Cat (Halloween Edition)