Terri
0 0
Why will so many people vote on Election Day when they know they will not get what they really want? Terri 2012-10-26

Einstein’s Theory of Relative Insanity Einstein said it best: “Insanity is doing the same thing, over and over again, but expecting different results.”

Yet, with the truth of Einstein’s quote widely acknowledged and taken for granted, how is it that entire societies keep doing the same thing over and over again but expect different results?

On issue after issue – economy, foreign policy, defense, environment, education, etc, – the manner in which governments address them continues to provide proof for Einstein’s Theory of Relative Insanity.

Another proof is to be found in the US presidential election.

The electorate will vote for a representative of one of the two political parties. An analysis of what these parties have accomplished during their

respective reigns reveals an unbroken track record of failure … failure ranging from the catastrophic to the abject. Thus, to vote for either presidential candidate and to expect something other than failure is, by definition, insanity.

Not only will they settle for less, many openly acknowledge that they will be voting for the “lesser of two evils.” How can people justify voting for an evil and actually believe that any good can come of it? Lesser or greater, evil is evil. Yet, not only do they justify it, they will argue that their evil candidate is better than your evil candidate and become furious when you don’t see it their way.

In America, it is an article of faith (drummed into our heads since childhood) that voting is a privilege and a duty and if you don’t vote you get what you deserve. Personally, I deserve better than a lesser of two evils and will not demean myself by voting for one.

Nor do I consider it a dereliction of duty. Just the opposite. It is by not voting that I register my vote of “No Confidence.”

Not voting is not necessarily a sign of apathy, it’s a positive statement in repudiation of a failed and corrupt system. Only when enough people vote “No

Confidence” can the system change. To perpetuate the same system and expect different results is insanity.

A Plague on Both Your Parties Whenever I recommend not voting as anact of protest, I receive a spate of emails attacking me for my unwillingness to

participate in the insanity. I do not regard the choice between the “lesser of two evils” as democracy in any sense of the word.

Thus my 2012 Presidential Campaign slogan: “Stay Home. Don’t Vote.” If less than 40 percent of the electorate turns out, the numbers will prove how

disgusted the citizenry is with both parties and demands for substantive change and true democracy will become impossible to ignore. 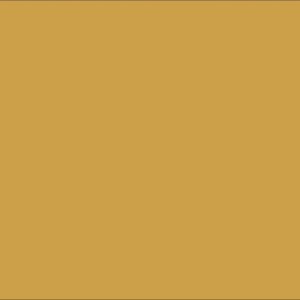