Delirium: The Politics of Sex in America

Nancy Cohen’s Delirium grabbed my attention from the opening paragraph of the book’s introduction.

“The 2012 Presidential election was supposed to be about the economy. Suddenly, last winter, it turned into a referendum on sex.”

I recall shouting out “preach, sister!” and then gleefully diving in.

As a reproductive justice activist in Missouri, I had a lot of “preach, sister!” moments while reading Delirium. I’ve seen the damage wrought from the relentless assault on reproductive rights…the unplanned pregnancies resulting from a lack of comprehensive sex education and access to contraception, the emotional and economic toll taken as women navigate a seemingly endless series of hurdles to access reproductive health care, and the devaluing of pregnant women resulting from legislative attempts to cast them solely as reproductive vessels who forfeit their rights once pregnancy has been confirmed. I’ve also seen the transformative power of activism, particularly in my home state of Missouri where the masses hold far more nuanced views on the politics of sex than those elected to represent us. For every challenge to access to birth control or abortion care, there is a fired up response that gives me hope for the future.

I learned a lot from reading Delirium. I was born one month after the landmark Roe v. Wade Supreme Court decision, so I’m considered Generation Roe because I’ve never lived in a world without that constitutionally protected right to privacy. Delirium provides a fascinating, and at times, painful look at the policy and political party shifts, maneuvers, and wrong turns that took America from the sexual revolution of the 1960’s to the sexual counterrevolution we are embroiled in today. I consider myself a history buff and even I found myself surprised, shocked, and enlightened by the detailed analysis Cohen provides in Delirium.

Confession: I’m guilty of sometimes dismissing the preaching of sexual fundamentalists as bizarre, attention seeking, or a symptom of some undiagnosed disorder. Nancy Cohen’s Delirium challenged me to take seriously what I’ve become too comfortable mocking and then ignoring. Cohen’s examination pushed me to think about the origin of the current climate of sexual politics, and I realize there’s serious value in that. Its one thing to note the outrageous statements of someone like Phyllis Schlafly, but the greater value comes from understanding where she came from and the political purpose she and her organization plays.

As American enters the final weeks of the 2012 election season, I’m as worn out as most activists. I’m anxious about the future because I know that there are real world implications to the outcome of Election Day. I’m frustrated with the way the media treats the Midwest and how often states like Missouri are dismissed as lost causes. The view is different on the ground, but we struggle to get that story out because the counterrevolutionaries have possession of the microphone and the attention of the mainstream press. Sometimes the best way to determine the path forward is to look back as the journey we’ve taken thus far. As we move closer to November 6th, Delirium has me wondering what’s going on behind closed doors right now that we’ll be dealing with in the months and years to come. 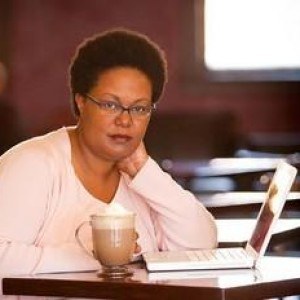 Practicing the fine art of bitchitude!