Everyone now knows the story that when Chinese dissidents were joined by expatriate Tibetans and large segments of tech-savvy disaffected Indian Youths mounted a serious challenge and undertook the UNDER-ATTACK, and several Chinese cities were briefly held by REBEL HANDS and ARMS.

After the wicked Chinese Columnists discharged and decamped the dissolute and demoralized Democracy Seeking Gorillas driving tens of thousands from their southern strongholds. Forcing them fleeing south into Vietnam and Laos. Tibetians, Chinese and Indian Youth all headed south then ultimately east to the West Coast. Slowly in jet plane after chartered jet plane they fled to the pacifical rim on the chores of the Americas.

Although initially welcomed with open alarums they were generously received across the Asian diaspora which spreads all along the disparate pacific rim Asian communities from the Argentina to the open city of Kamchatka. Many found work at the SPA and CASINO City, NOME with its lovely beach side bistros, NOME with its scintillating nightlife. – [There’s no place like NOME – NOME BEER a product of the bear beverage bottling collective. ]

While originally welcomed with opened NARMS,  barely had they settled, into California’s large Asian transplant community when the world would hardly wait, when one sunshine besotted spring morning barely one fiscal quarter later  the Chinese invokes the now notorious “Karachi Sovereign Integrity Treaty“.

Everyone now knows what a mistake it was when the nine great powers, Russia, China, India, Pakistan, the European Union, Brazil, Cuba,  our HOMELAND, and a country that has yet to be named. It took barely twenty-four hours for the Chinese Dictators, to invoke that regrettable “Karachi Sovereign Integrity Treaty.”

The treaty now as everyone knows, allowed the US to send drone missiles into Pakistan to take out, terrorists hell bend on destroying our way of life because they hate our freedoms. This treaty allowed the US and Pakistan to respect each other’s sovereignty while the US repeatedly EXPLODED DRONE MISSILES on carefully targeted terroristical individuals, with very limited, ok well limited, ahh ok with fairly regular collateral damage.

So YEAR SIX of the Chinese drone missile attacks fast approaches certain questions have arisen. The newly re-organized Federal Environmental Protection of the Homeland Department has assured us that there’s been only 14 known reported deaths, and most were limited to Chino-Indian neighborhoods. The country yet mourns, tragic missguided “dumb missile” that missed striking an underground cell of Chino-Indian irregulars, and instead hit the lavish, then deadly 93rd birthday, of that beloved political comedian Clint Eastwood.

Only the wait staff survived and the kitchen staff alone, lived to tell the tale. The drone missile’s flight logic had been hacked by a crack Chino-Indian student data-squad, and re-directed away from the Chino-Indian dissidents and instead hit dead center on the birthday boy’s armory and weapons storage area. Mourners are asked in lieu of flowers send hollow point shells. White PHOSPHORUS from the MISSILES’ WAR HEAD demolished the two adjacent McMansions owned by two reality TEEveee stars Cow-a-Boy and Spa-a-girl-girl.

Although some voices have been raised suggesting that the Chinese drones have mistaken more than one graduation party for groups of Chino-Indian protestors. A recent sales event at the local Nissan dealer turned into a real FARMERS MARKET – IF YOU KNOW WHAT I MEAN? When the Chinese Military Drones “dumb-missiles” mis-underestimated the Bankers and Insurance Executives Convention at Disney World for a training and athletic club used by Chino-Indian dissidents students as they prepare for the Congressionally mandated voluntary SELF-DEPORTATION.

And taking a page from Chinese PLAY-Books, Cubans have launched their third anti-terrorist drone attack in Hialeah and Coral Gables FL. Cuban Mercenaries were later seen frolicking at the Night Clubs/Fight Clubs of South Beach after returning from another a successful raid on terrorist cells from Princeton to Naranja FL. Charges and counter charges were exchanged in the press while suits were pressed in Circuit Court by Chino-indian dissidents alleging that reparations paid by the Chinese regime are inadequate for the damage inflicted on an Anaheim Library and Playground. Especially, since that area was not typically used by Chino-Indian terrorists and their innocent children. The children were away from the school grounds on a trip to a local NUCLEAR PLANT. Now calm has been restored and radiation levels are almost back to MORNAL. 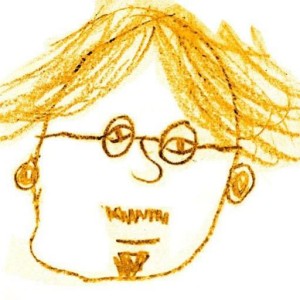