Former TARP Inspector General Neil Barofsky’s new book Bailout is worth reading for so many reasons, some of which are simply the hilarious anecdotes I’ve compiled on my personal blog Das Krapital, but trusted Geithner adviser Lee Sachs is one of the distinctly less hilarious parts about the book. I remember writing something along the lines of “!!!” in the margin when I noticed his name and infamous affiliation “Tricadia” in Ron Suskind’s book but it wasn’t until Bailout—and  I’ve read a lot of these goddamn books!—that I got a real sense of his influence on Geithner—and the magnitude of the taxpayer shakedown he might have pulled off had a lesser cop been assigned to patrol the bailout beat…

Behind the hubris and histrionics, seriously treasonous crap went down behind the scenes of this four-season sycophant press junket, and Barofsky’s book also conveys the most substantive assessment we may ever get of who was calling the shots and why. Which is to say, since there’s at least no doubt this time that Geithner is hands down the most toxic asset in his class—and Barofksy, having worked for both administrations, is totally convincing on this—we can finally hone in on the mystery of Just What Is Making That Guy So Evil.

And for starters, there’s his “brain,” if you will, which is to say that of his close friend and frequent tennis partner Lewis “Lee” Sachs, a graduate of Denison University and Wall Street lifer who joins Geithner at Treasury straight from chairing the investment committee of Mariner Investment Group, a miscellaneous hedge fund manager and financial adviser with a typically dizzying array of subsidiaries, spinoffs and parent companies.

One notable subsidiary was Tricadia, a hedge fund at the vanguard of CDO “innovation” back at the peak of the mortgage bubble that pursued a rare but not unheard-of “arbitrage” strategy by which it would agree to “sponsor” a subprime mortgage CDO deal by agreeing to buy the riskiest, unrated “equity” slice of the deal—also known as the “raunch tranche”—of the offering, entitling them the right to pick which mortgage backed securities the deal would “invest” in. Then they’d pinpoint the crappiest looking mortgage bonds on the market, fill the whole thing with manufactured derivative clones of those, and get some credit rating agency to stamp the thing Triple-A while some investment bank pitched its (foreign or public pension fund) clients on the “innovative new structured credit investment opportunity” to essentially be the sucker on the losing side of Tricadia’s covert short.

The better known example of a hedge fund that deployed this innovative “trade” was Magnetar, but Tricadia, while not as prolific as Magnetar, took the scheme a step further in terms of “shamelessness” because it also served as the “CDO manager” for its deals, meaning it actually had a formal fiduciary obligation to the deal’s suckers. Naturally, no law enforcement authority has bothered trying to censor Tricadia in any way over any of this flagrant fraud, because no law enforcement authority with any power in this country actually believes in such a thing as “fraud.” But Charlie Ledley, one of the protagonists of Michael Lewis’ The Big Short, told me last year he that Tricadia seemed considerably fishier to him than Magnetar. That is saying something.

(And that was an understatement.)

Now, it might be interesting if Geithner had chosen as his closest adviser the leader of such an enterprise because he actually cared how Wall Street worked, and wanted to know its dirty secrets and ins and outs for the purpose of, say, asserting his authority over the place, putting a little fear into the bad guys, who knows even reforming the place. Heh: no.

Sachs’ first order of business, as Barofsky describes in his book, was to expand the TALF—through which the New York Fed essentially offered 1900% “matching funds” to all hedge funds willing to “invest” in bonds backed by AAA-rated car loans, small business loans and commercial real estate—into the residential mortgage security market. There were many reasons this was an utterly deranged proposition, starting with the fact that since Fannie Mae and Freddie Mac were already preoccupied hemorrhaging hundreds of billions of dollars in the effort to maintain “liquidity” in the residential mortgage market, but Sachs blithely insists in his first conference call with Barofsky in 2009 that the plan is to “go big”—a trillion dollars big, it turns out!—with the idea.

This was no doubt a good deal for his firm; even with $215 million in TALF loans Mariner was facing a severe cash crunch in the beginning of 2009 and had to impose an investor lockup on its distressed debt fund in March 2009. But Barofsky, rightly, saw it as not merely an invitation but essentially a presidential command to steal, and got to work freaking out, mercifully squelching it and the even-more-obscene PPIP proposal that followed before it could get off the ground.

It’s little wonder Sachs thought he’d pull one over on taxpayers, though; that’s the goddamn business model. Last year the conservator of Fannie Mae and Freddie Mac sued two principals of Mariner’s mortgage investment arm, Matt Whalen and Paul Park, personally for their involvement in the underwriting and sale of $24.853 billion worth of allegedly fraudulent mortgage securities from Merrill Lynch, in a dramatic reversal of the agency’s three year policy of not even pretending to care how badly they’d been fucked by the banks. (Geithner, naturally, immediately began campaigning to fire conservator Ed DeMarco. And last year the firm extracted a staggering $38 million in management fees from the South Carolina Retirement Systems alone, all for its piddling share of mostly single-digit returns.

Barofsky does all he can to take an inventory of the aggregate bailouts and assess their total cost, pissing off Barney Frank when he adds all the various “commitments” and “guarantees” together and arrives at the staggering sum of $23 trillion. But even that number misses some critical costs to the public, as he finally realizes while listening to Geithner defend the abject failure of Treasury’s mortgage modification initiative to help homeowners:

In defense of the program, Geithner finally blurted out, “We estimate that they can handle ten million foreclosures, over time,” referring to the banks. “This program will help foam the runway for them.”

A lightbulb went on for me. Elizabeth had been challenging Geithner on how the program was going to help the home owners, and he had responded by citing how much it would help the banks. Geithner apparently looked at HAMP as an aid to the banks, keeping the full flush of foreclosures form hitting the financial system all at the same time. Though they could handle up to “ten million foreclosures” over time, any more than that, or if the foreclosures were too concentrated, and the losses that the banks might suffer on their first and second mortgages could push them into insolvency, requiring yet another round of TARP bailouts. So HAMP would “foam the runway” by stretching out the foreclosures, giving the banks more time to absorb the losses while the other parts of the bailouts juiced bank profits that could then fill the capital holes created by housing losses.

In other words, Geithner did not have the remotest intention of avoiding foreclosures; quite the contrary. Because foreclosures—and delinquencies, and modifications, and just about any kind of mortgage that isn’t getting paid on time as usual—are such massive profit center for banks due to the gargantuan fees servicers reap off them, he fully intended to do whatever it took to keep the foreclosure boom booming!

All of a sudden, bits and pieces of conversations that I had had began to fall into place. Allison had used the phrase “helping them earn their way out of this” during part of a more extended conversation that summer about his worry that the banks could still collapse. HAMP was not separate from the bank bailouts; it was an essential part of them. From that perspective, it didn’t matter if the modifications failed after a year or so of trial payments or if struggling borrowers placed into doomed trial modifications ended up far worse off, as long as the banks were able to stretch out their plan until the profits returned.

Geithner’s revelation (he apparently similarly told bloggers in 2010 during an off-the-record conversation that HAMP had succeeded in extending out the foreclosure crisis) also helped explain one of the odder aspects of HAMP. For many borrowers, the modifications weren’t really all that “permanent.” Instead, after five years, the interest rate would be permitted to rise, much like the resetting adjustable rate mortgages of the financial crisis. This meant that within a handful of years after the “permanent” period of HAMP expired, the average borrower whose interest rate had been reduced to the minimum rate during his modification would eventually see his monthly payments rise by 23 percent,possibly putting him once again at risk for a default. Though that policy might undermine the long-term success of the program from the borrowers’ perspective, it made perfect sense if an immediate “foaming of the runway” for the banks was Treasury’s primary goal. For the banks, five years was an eternity.

Another byproduct of this policy that did not go unnoticed at Mariner: the thriving market in mortgage servicing rights that has cropped up in the wake of all these profitable evictions and lucrative neighborhood destruction: last year Galton announced an exciting new “investment product offering” related to this dynamic growth industry, and that it was hiring an executive from the most predatory bank of all in anticipation of its launch.

That effort is, incidentally, being spearheaded by one Kevin Finnerty, a mortgage bond veteran who spent much of the peak of the housing bubble on a press and lawsuit-filing tour to clear the name of his son Collin, one of the lacrosse players exonerated of having gang-raped a stripper. (He was not, however, ever cleared of beating the shit out of some stranger at a DC bar while taunting him with homophobic slurs.)

So I dunno, Finnerty could be a man of immaculate character. But given the company he keeps, I’d bet his Collin is a total mensch by comparison. Go Devils! 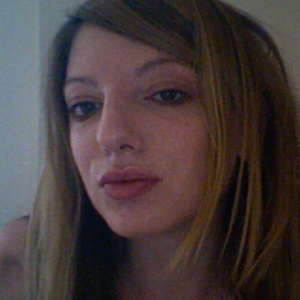