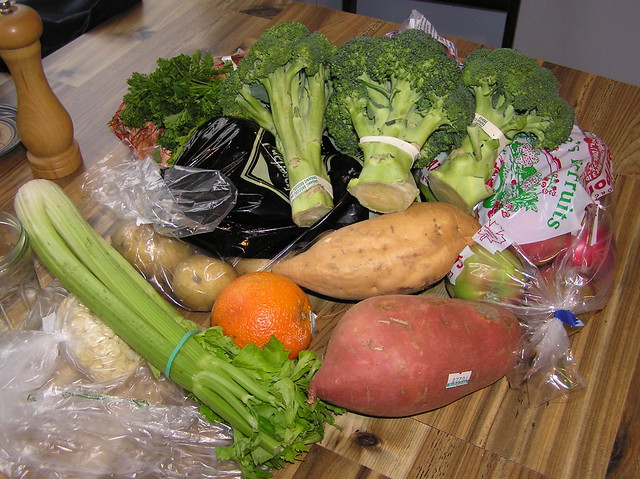 In this country we are used to ‘cheap’ food which occurs in large part because those working in the agricultural fields harvesting are paid very little.

And we’ve already heard and read about the problems farmers in the South -like GA- have had .

“Anti-immigration laws and policies, an aging population, and even a raging drug war south of the border all are contributing to a slowdown in the pipeline of Mexican workers that for so long have fueled California’s farm industry, experts say.”

“California growers hope so, too. Early crops such as asparagus, blueberries and cherries are in, but soon will come more stone fruit, strawberries and the salad bowl crops – carrots, lettuce, mushrooms and peppers – all crops that need hands in the soil.”

“But Chuck Dudley, president of the Yolo County Farm Bureau, said the implications for American food consumers are severe if shortages worsen.

“It boils down to the fact that if labor continues as it is now … the ability to get a wide variety of food to table is somewhat in jeopardy,” Dudley said. “If you don’t get it planted, picked and packed, it won’t get to the table.”

And then there’s the forclosure fraud that’s going on and it’s hit a NFL All Pro player.

“I was on the phone (Thursday) with IndyMac and was not told our loan was in immediate foreclosure, nor have we received any additional information from the lender indicating such,” Larry Goodman, George’s accountant said. “The loan modification process in our country is difficult at best, and this is another example of it. … We’re not trying to walk away from anything. They love living there, it’s a great house. Like anybody else who buys an expensive house, it flipped on him.”

And it goes on and on.

In the meantime, Bradley Manning is still being fucked over by the DOJ and Obama Admin.

(It’s really beyond sad as an adjective that the foreign press is so much better a news source than the U.S. press)

“In the motion, published in redacted form on his website, Coombs renews his long-standing efforts to compel the US government to hand over information that could prove crucial in preparing Manning’s defence.”

“When the defence asked to see “damage assessments” or “investigations” that the government had carried out into the likely impact of WikiLeaks, he was told none existed.

After much effort was expended, Coombs managed to get the government to admit that what he should have asked for – according to its vocabulary – was “working papers”.

“By morphing, distorting and constantly changing definitions, the government is trying to ‘define’ itself out of producing relevant discovery,” Coombs complains. “It cannot be permitted to do this.”

And then there’s the hidden hand of U.S. in Egypt’s internal affairs:
US democracy aid went to favored groups in Egypt

“They complained that the U.S. group, described as nonpartisan, had excluded the country’s most popular Islamist political organization from its programs, collected sensitive religious information about Egyptians when conducting polls to send to Washington, and ordered employees to erase all computer files and turn over all records for shipment abroad months before the raids.”

“Interviews and documents obtained by The Associated Press show that the workers’ protest and the broader government crackdown with the raids helped expose what U.S. officials do not want to admit publicly: The U.S. government spent tens of millions of dollars financing and training liberal groups in Egypt, the backbone of the Egyptian uprising. This was done to build opposition to Islamic and pro-military parties in power, all in the name of developing democracy and all while U.S. diplomats were assuring Egyptian leaders that Washington was not taking sides. ”

“Despite a U.S. commitment to make public the details of its democracy aid program in Egypt, USAID has refused to identify all the groups that received money and the grant amounts. The official said the agency disclosed the list to Egyptian leaders, but will not release information publicly about grant recipients that don’t want to be identified. That has surprised some State Department officials.”

“Nobody was anticipating the resurrection of the security state,” the official said. “Nobody was fully debating the tenacity of this ministry, that she would be as effective as she was. It never occurred to anybody that this ministry was going to become the most powerful political agent in Egypt over the subsequent year.”

“”Our intrusions into the political scene were just going to catch hell,” Wisner said. “It was the wrong time to be barging into the kitchen. It was full of Egyptian cooks and they didn’t want anyone from the outside.”

There is a saying about making sure your own house is in order and the U.S. has a long way to go before it can lecture others about how to live. But the PTB’s just don’t get it, and so we have a foreign policy that lurches about the room(world) creating havoc and destruction wherever it touches.