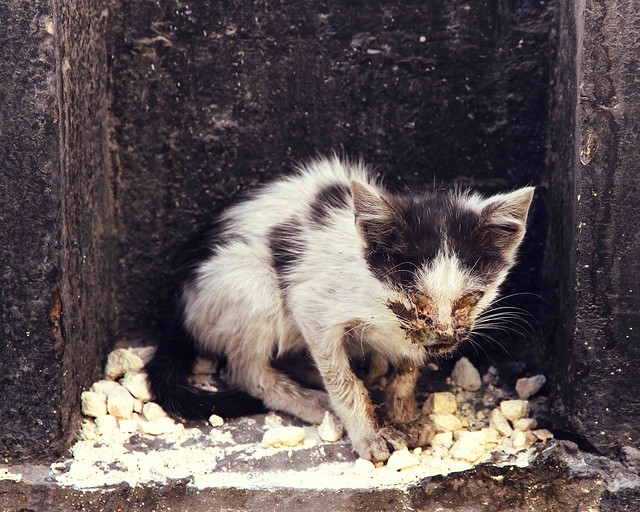 ( “HUMAN KIND” is the title of the flickr photo )
Or are they really ? It sure seems as though such barbarity is part and parcel of humanity.

Here’s a couple of items that the mass media won’t make a major story of but do deserve the ‘light of day’.

“Six years ago a group of surgeons opened a temporary clinic in Jordan to operate on Iraqis with injuries untreatable in their home country. But recent violence in Libya, Yemen and Syria has led to the project being extended and expanded. After the horrors of war and torture, the patients are given a chance of a normal life.”

Can any one of them ever really have a ‘normal life’ after what they have been through?

“”All the patients have something in common,” says orthopaedic surgeon, Dr Majd el-Rass, who is originally from Syria. “They have been terrorised – by explosions, by bullets, by catastrophe. I admire my patients, they are great. They are strong.”

Surely a testament to the human spirit.

“And in Iraq and Yemen the waiting time for patients to get treatment at the clinic is already around one year.

“Unfortunately, we’re going to be very busy,” says Abdullah Dawoud’s plastic surgeon, Dr Ashraf al-Bustanji. For him, and all the doctors, most of whom are Iraqi, it is the maiming of young children which is hardest to witness.”

A Vista man died along the U.S. border with Mexico last month trying to return to his family after being deported.

Vista is a city real close to me and ,like the city I live in, has a populace who have drank the kool-aid of racial intolerance called ‘illegal aliens’.

“Martinez came to the United States from his native San Luis Potosi in central Mexico more than 20 years ago. He worked at a Vista supermarket as a butcher for many years before he was laid off two years ago because of his immigration status, Garcia said.”

So after being in the U.S. for 20 years, how was he apprehended?

“Vista sheriff’s Lt. John Maryon said an officer encountered Martinez at the Holiday Liquor Market in Vista on March 1. The lieutenant said the deputy went to the store to deliver a letter regarding new synthetic drug regulations.”

“Martinez signed for the letter as an employee of the store, the lieutenant said, and the deputy asked to see his ID. The deputy called Border Patrol when Martinez showed a matricula consular, a Mexican ID card, Maryon said.”

So in doing a favor for a friend, he effectively -given the cultural environment of law enforcement in this country- signed his own death warrant.

Now what do you suppose those children will think about the government and justice?