After 126 Years, Have We Forgotten?

Do you remember Frank Kunkel? How about Frank Nowarczyk? John Marsh or Robert Erdman? Johann Zazka? Martin Jankowiak? Not even Michael Ruchalski? 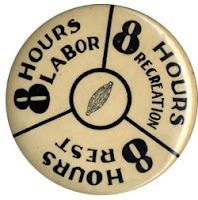 The names are those of the seven of the nine people killed in 1886 in Bay View, Wisconsin for demanding eight hour work days.

In 1886, there was a nationwide movement for eight hour work days instead of the 10, 12 or even 16 hour days, which were the norm.  The movement was to culminate on May 1, 1886, with all workers not receiving 8 hour work days to go on a general strike.

In Milwaukee, the strikers grew to 1,500 in numbers. They had shut down every company but one – the North Chicago Railroad Rolling Mills Steel Foundry in Bay View.

Governor Rusk had called out the National Guard, at the behest of the well-moneyed business owners to break the strike.

By May 4, things were getting very dicey:

After this incident, the strikers left the Guard alone and they proceeded into the Mills joining the other units called. The strikers then asked the supervisors to wire their headquarters in Chicago to start negotiations on an eight hour work day. They agreed but the answer from Chicago was fast and short “No”.

At this point no one in the crowd knew about the ugly events unfolding in Chicago, where police had killed striking workers, and a bomb killed a police officer in Haymarket Square and wounded several others.

Governor Rusk was under considerable pressure from employers to stop the strike. Employers were saying that they would turn the entire society upside down and use the bombing in Haymarket Square as their proof that a revolution is under way.

Rusk called the Mills and told Captain Treaumer of the Lincoln Guard “if the strikers try to enter the mill, shoot to kill.” Captain Treaumer then ordered his men to pick out a man, concentrate and kill him when the order is given. The strikers spent the night in open fields nearby while the Militia camps stayed at the Mills with sentries posted. During the night the sentries were shooting at anything that moved. A Navy tug brought provisions for the guard.

May 5
Around nine in the morning the strikers gathered again chanting “eight hours,” a reporter who slept with them reported that it was odd that this was a group with no real leadership, but everyone was united in one single purpose.

The crowd approached the mill and faced the militia who were ready to fire. Before Treaumer knew the crowd’s real intentions he ordered halt, but the strikers, who were about two hundred yards away, did not hear him.

He ordered the militia to fire. The crowd was in chaos as people fled the scene. The Milwaukee Journal reported that six were dead and at least eight more were expected to die within twenty four hours.

Meanwhile, some strikers called for revenge on the militia but to no avail. For several days afterwards a few strikers were still marching throughout the city but no one would join them. The dead included a thirteen year old boy who tagged along with the crowd wondering what was going on and a retired worker who lived in Bay View. He was struck down by a stray bullet, as he was getting water and was not part of the strike.

Eventually, the strikers went back to work, but their spirits were not broken. Within two years, Milwaukee elected its first socialist mayor and things started to improve.

But now, 126 years later, we are under very different, yet at the same time, very similar situations.

We have a governor that heeds the moneyed corporate bosses over the people. We have a government that is willing to take away basic worker rights like the eight hour day, gender equality, race equality and have been working diligently to demonize and dehumanize professions such as teachers and nurses, who should be treated with the highest of esteem.

Likewise, we have had not just thousands, not just tens of thousands, but hundreds of thousands of Wisconsinites from all walks of life converge on the Capitol to protest this usurping of democracy and of our rights.

Fortunately for us, we also have some more history between 1886 and now that gives us an option other than violence to deal with this corruption of our government. Thanks to Fighting Bob LaFollette and other Progressives, we have the recall. As the erudite Professor Edward Fallone explains:

The broad nature of the recall power reflects its role as the intended remedy for a broken democracy. A desire to reform the democratic process in America lay at the core of the Progressive Movement in America. Progressives wanted to strengthen the control of the people over the levers of government, while reducing the influence of the special interests, and the recall power was one way of accomplishing this goal.

Farmer reminds us that the term “Progressive” was an umbrella designation that included persons with many diverse motivations: Protestants demanding social justice for the poor, religious moralists opposed to alcohol consumption, and “good government” political reformers. (Farmer, pp. 4-5). Many contemporary critics like to attack the Progressives for their economic policies. However, only some Progressives focused on economic reforms. The uniting thread among the various factions within the Progressive Movement was the view that government in the United States had become systematically corrupt. Their common remedy was to install mechanisms into the very structure of government that would increase the role of popular democracy.

Progressives exalted the federal and state constitutions, with their delegations of authority to elected legislators and executives, as the only legitimate vehicle for making and enforcing the law. However, when they looked at how the constitutionally created organs of government were actually being operated during the late nineteenth and early twentieth centuries – as opposed to how they were designed to operate — they saw that the real power of government was being exercised behind the scenes, and not by the people’s elected representatives. Legislative policy choices were being made in back rooms, out of the public eye, by political party bosses and corporate interests. Ready-made legislation was often brought to the floor of the legislature for quick approval, before the public was informed of the content of the bill or given an opportunity to comment. While lobbyists had a seat at the table, ordinary citizens were left with no power to influence policy. [This secretive union of corporate lobbyists and political interests, and the exclusion of public participation in the drafting of legislation, is echoed in the current day activities of the American Legislative Exchange Council (ALEC)].

And we are about to exercise that power to exorcise our government to shed the corruption that has infested it in the likes of the corporate controlled Scott Walker, Rebecca Kleefisch and four more Republican Senators.

But to do so, we have to start this Tuesday with the primary to see who the champion of the people is going to be. We have four fine people in Kathleen Falk, Kathleen Vinehout, Tom Barrett and Doug LaFollette.

It is our onus and our privilege to pick the person who will work to restore the rights taken from us and to make the state whole again.

During the protests and after, we all hailed Fighting Bob because he dared to stand up to the special corporate interests. He dubbed the Capitol Building the “People’s House,” a term we echoed all these decades later.

We praised him and continue to praise him because he had the guts to take it to them and gave them hell for what they’ve done.

Likewise, every year we gather in Bay View to honor the workers who sacrificed their very lives for the eight hour day, something we take for granted. They, like LaFollette did decades later, took it to the robber barons and the corporate raiders of our government, carrying banners which read, “The workmen do not beg, they demand.”

Do we dare turn our backs on the memories of these workers or of LaFollette by choosing someone who will not take it to the corrupt and greedy oligarchs and plutocrats of our time? Will we be afraid to not beg, but demand, that all of our rights be restored? Will we let the transformation of the People’s House to the Corporations’ Boardroom be completed?

That is why I’m supporting Kathleen Falk.

I will be voting for Kathleen Falk on May 8th. So will my wife. We hope you will join us in honoring all these heroes from past to present and the sacrifices they made and vote for Falk as well.

How can we do any less and still respect ourselves? 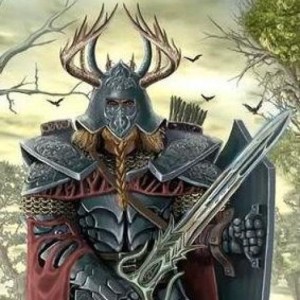 After 126 Years, Have We Forgotten?