Ron Hill: Which Anti-Gay Big Government Conservative Shall I Vote For?

The Louisiana primary was this past weekend, and Little Ricky Santorum picked up another win. Republicans 4 Freedom‘s Ron Hill mused about his options…

Saturday is the Louisiana GOP primary. Here in New Orleans, I’m sipping a Mint Julep and pondering which anti-gay big government conservative I shall vote for.

Shall I vote for the anti-gay Big Government conservative who flip-flops more often than John Kerry?

Shall I vote for the anti-gay Big Government conservative who is the darling of the “family values” crowd despite being a thrice-married serial adulterer?

Or shall I vote for the anti-gay Big Government conservative who is the favorite of the Taliban, with plans to arrest gay citizens and control women’s bodies all in the name of “less government” and “freedom”?

What the hell has happened to the party of Eisenhower and Goldwater?

All the current GOP candidates for president support MORE government intrusion and less individual liberty and freedom on issues like who American’s can marry – the most personal and private decision of all; on women’s own bodies (government mandated rape, anyone? Let’s just call it transvaginal ultrasound); on what you can smoke (apparently tobacco should be legal in every instance but marijuana should result in incarceration, because, you know, marijuana kills millions of Americans (NOT).  Of course, Rick Santorum would ban pornography and birth control all in the name of “freedom”.

And all of the GOP candidates would enshrine discrimination into the constitution – using government not to safeguard rights but to take rights away from American citizens. Goldwater, Eisenhower, and even Reagan would roll over in their grave.

It’s a damn shame what has happened to the GOP. America needs a responsible, adult, and intelligent alternative to the Democratic Party – too bad we don’t have one.  But what does one expect when magazines that were formerly the vanguard of the conservative movement – like National Review – has replaced  the intellectual brilliance of William F. Buckley and David Frum with commentary from demagogues such as Maggie Gallagher?

Bill Buckley would despise what has become of both National Review and the GOP. Our party has become everything Goldwater, Eisenhower and Buckley opposed.

The single biggest external threat to America’s freedom and liberty is religious fundamentalism of the Muslim variety; and America’s biggest internal threat to freedom and liberty is also religious fundamentalism – this time of the Christian variety. Both seek to use the power of government to force their personal, literal interpretation of  religious text onto everyone in society. Neither is “less government” or “pro-freedom.” Both would destroy lives, families and freedom.

Indeed, religious fundamentalism is – by its very nature – directly opposed to freedom and liberty. 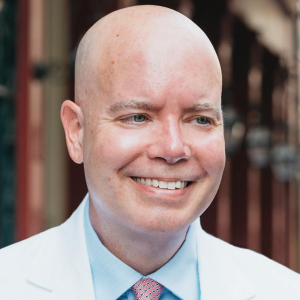 Ron Hill: Which Anti-Gay Big Government Conservative Shall I Vote For?