Here’s what Progressives should support: Elimination of the Debt Ceiling.

The Debt Ceiling is a significant constraint on public purpose-deficit spending for policies and programs designed to reduce unemployment, insure the medically uninsured, educate for modern skills, develop effective renewable energy technologies, and pay down the national debt.

This self imposed constraint on a fiat currency monetary system is an acknowledgement that our elected officials are substantially misinformed about how America’s monetary system operates to fund its expenditures.  They do not comprehend that because the Fed is the sole issuer of our currency this nation cannot go broke nor can any of its programs become operationally insovent.  And, because of that, the Federal Government is not operationally, constrained by revenue to fund government expenditures.

Tax and interest rate policy are the tools to employ to manage aggregate demand, (inflation/deflation) not to raise revenue.  Therefore, the Federal Reserve does not need revenue to spend, as mentioned above,  the Fed  is the monopoly issuer of our currency and can issue all it wants as long as it also controls inflation.

As for debt, Progressives need to understand that a high rate of national unemployment is the singular most important indicator that neither the private nor the public sector has invested enough to reduce the UE rate to publicly acceptable levels. Higher rates of deficit spending, when the Fed inflation target has been  reached, means there is no threat of inflation, and that deficit spending is mandatory to spur aggregate demand.

Since Ryan’s Budget is so far off the scale of familiar conservative policy objectives, Progressive may want to offer an amendment to their budget which supports debt free currency, a la Lincoln’s Greenbacks, under the authority of Article I, Section 8, of the Constitution.

Alternatively, the President could issue an Executive Order instructing the Treasury to have a $100 trillon coin minted and deposited in the Treasury’s General Fund upon which the Treasury would then write checks for Federal, State, and local government authorized expenditures including debt service.  This would of course eliminate all future debt for the Federal Government and all other political jurisdictions. Again, tax and interest rate policy would constrain inflation.  Taxation would not need to be on income but rather on consumption.

If we had elected officials who were independent of their sources of campaign funding we might be able to obtain a budget that really serves public purpose, but that is not likely in the era of Citizens United and a timid Progressive Movement. 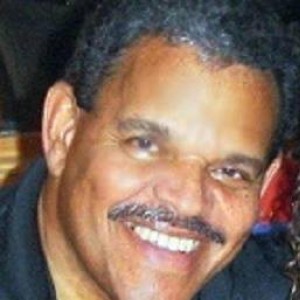 Love Barbara, passionate about monetary reform, environmental and energy policies that move us to a safer world, can't do without golf, good books...music, blues and country...Cristina's calamari...Barbara's cooking...and a good laugh everyday.