You’re going on a business trip abroad. Or an overseas vacation. Or you’re returning to the country of your parents’ birth to visit family there.

You check in at the airport, go through security, and find your seat in the plane. Now the engines are at full throttle, you’re rolling, and in seconds, you’re airborne.

What you don’t know is that, if your government gets its way, you’ll never be airborne again headed for the US. Even though you are a native-born US citizen or a permanent resident with a green card.

Because the moment your flight was wheels up, your name was added to the dreaded No Fly List.

But you don’t know any of this. You’re just sitting there, enjoying your flight, blissfully unaware that someone’s put a target on your back.

Will you ever know you’ve been put on the no-fly list? Yes. When? When you attempt to board your flight back to the US. You will not be allowed to board. Instead you’ll be taken to a room somewhere in the airport, where you’ll be questioned by officers you’ve never seen before.

They think you’re a terrorist. And they want to know all about you, your terrorist associates, what your plans are, who you saw overseas, the whole nine yards.

This goes on for days. You’re exhausted. Your family has no idea where you are. They’re frantically phoning anyone they think might have some information, including the FBI, the CIA, the NSA, and so forth. And, of course, their lawyers, if they have lawyers. So far, your gracious “hosts” haven’t asked you if you even want a lawyer, and they are not likely to do so.

Every evening your hosts let you go – where can you go? — to the American Embassy or Consulate, where you talk to anyone who will listen and try to find out why you’re stuck in this nightmare. This can go on for weeks or for a month or more.

Finally, you manage to reach out to an organization like the American Civil Liberties Union. You tell your story. But they’ve heard it all before – from people in precisely the same predicament as you are in. They’ve learned how to navigate these rocky shoals of counter-terrorism.

After what seems an absolutely endless delay, you are unceremoniously put on a plane headed for the US. You have not been found guilty of anything. You have not been exonerated of any crime. You are exactly the same person you were when this awful journey began – except that you are now on the no-fly list and you’re mad as hell.

Why did this happen to you? You’ll have to tell me. Because our Government certainly isn’t going to. They won’t even confirm that you are on a no-fly list, or any list, much less why.

Now the ACLU represents 15 US citizens and permanent residents who have received this kind of inhumane treatment.

Most of these folks didn’t know one another. Today they are bonded by the Keystone Kops antics of our counter-terrorism programs. And bonded even more tightly by the adventure on which they are about to embark.

Ten of them are suing the U.S. government.

With the help of the ACLU, they have filed a first-of-its-kind lawsuit on behalf of 10 U.S. citizens and lawful residents who are prohibited from flying to or from the United States or over U.S. airspace because they are on the government’s “No Fly List.”

None of the individuals in the lawsuit, including a disabled U.S. Marine Corps veteran stranded in Egypt and a U.S. Army veteran stuck in Colombia, have been told why they are on the list or given a chance to clear their names.

“More and more Americans who have done nothing wrong find themselves unable to fly, and in some cases unable to return to the U.S., without any explanation whatsoever from the government,” said Ben Wizner, staff attorney with the ACLU National Security Project. “A secret list that deprives people of the right to fly and places them into effective exile without any opportunity to object is
both un-American and unconstitutional.”

The ACLU, along with its affiliates in Oregon, Southern California, Northern California and New Mexico, filed the lawsuit against the U.S. Department of Justice, the FBI and the Terrorist Screening Center in U.S. District Court for the District of Oregon.

According to the ACLU’s legal complaint, thousands of people have been added to the “No Fly List” and barred from commercial air travel without any opportunity to learn about or refute the basis for their inclusion on the list. The result is a vast and growing list of individuals who, on the basis of error or
innuendo, have been deemed too dangerous to fly but who are too harmless to arrest.

“Without a reasonable way for people to challenge their inclusion on the list, there’s no way to keep innocent people off it,” said Nusrat Choudhury, a staff attorney with the ACLU National Security Project. “The government’s decision to prevent people from flying without giving them a chance to defend themselves has a huge impact on people’s lives – including their ability to perform their jobs, see their families and, in the case of U.S. citizens, to return home to the United States from abroad.”

She added: “The infuriating thing about this whole episode is that when each one of them tried to correct the problem through the existing redress system, the government refused to tell them why they were put on the No Fly List and to provide them a reasonable chance to defend themselves. Denying people such fundamental rights in complete secrecy and without due process is unconstitutional.”

So for all you travelers: Next time you’re planning a trip, pray you’ll be able to return to ‘the land of the free’. And don’t forget to take your Frequent Interrogation card with you.

This article was originally published on the website of Prism Magazine. 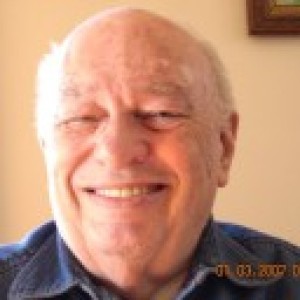