What is Occupy? [OWS Visits OccupyBuffalo]

“There need be no blood-shed or violence, and there shall be none unless it be forced upon the national authority. The power confided to me will be used to hold, occupy, and possess the property and places belonging to the government, and to collect the duties and imposts; but beyond what may be necessary for these objects, there will be no invasion, no using of force against or among the people anywhere.”

– Abraham Lincoln Inaugural Address 1861, prior to The Civil War.

February 2012: Occupy Wall Street NYC visits Occupy Buffalo. The following interviews educate one on “What is Occupy?” from various perspectives of four people continuously active within “Occupy.”  Through their experience, education, and advocacy; Occupy can be seen not only as a “movement”, but as global transformation.

Heron E. Simmonds – Price speaking of What is Occupy? What an Occupations is and why, Direct Action, Advocacy, Global Engagement, and Suitable Time Frame for Social Change. LISTEN HERE

Linda Abrams speaks of: The School of Everything, Social Disease and Indoctrination, Justice Dialogues, Non Violent Communication, Specialization, The Activist Toolbox, and The Banking Model of the Educational System. LISTEN HERE

Occupy Together is a grassroots website to aid in self-organization. It began when two designers and artists watched news feeds and information reported on Facebook, Twitter, and live feeds online, wishing to bring greater awareness to events they witnessed. The purpose was to provide people with information. After a website was created, Occupy Together became a tool for people to research  the events, protests and demonstrations across the globe. The birth of Occupy Together began due to citizens taking action against corporate greed and corruption. OT has grown into a valuable tool for all people who desire change. Occupy Together stands in solidarity with the Occupy Wall Street movement.

”This is as grassroots as it gets” – Occupy Wall Street

Occupy Wall Street began on September 17, 2011 as a people-powered initiative in Liberty Square, Manhattan’s [New York City] Financial District. This movement spread to over 100 cities in the U.S and over 1,500 cities globally. Occupy Wall Street speaks against the prolonged destructive powers of banks and corporations through a true democratic process. The need for OWS began due to economic collapse that caused immense recession. This movement aims to take the richest 1% of people and hold them accountable for creating an unjust global economy. The 99% is a symbol for all people affected by an unfair economy. OWS is inspired by the revolts in Egypt and Tunisia.

VIDEO: This is What GOP Election Rigging Looks Like. Disenfranchising the Poor was the Snack?

Baltimore Police's Disregard of the Public's Right to Record 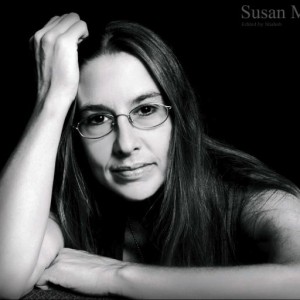 What is Occupy? [OWS Visits OccupyBuffalo]