Every time I see all those huge phalanxes of highly-weaponized and militarized police brigades viciously attacking protesting American citizens in cities across our country, all I can think of is this: “The cost of even one of those cops’ salaries, overtime pay and elaborate gear represents at least a hundred of our children who will go without textbooks, or a fire department that will miss out on purchasing lifesaving equipment or some shoddy infrastructure in my town that will never get fixed or….”

You get the picture. That’s billions of American taxpayers’ dollars being spent to protect the One Percent’s right to safely gouge and enslave us. What a waste. http://www.youtube.com/watch?v=C_YZtKXXCvg

And as we continue to watch thousands of every-day Americans being savagely beaten and arrested in our very own country, these last few months have become a very confusing time for most of us — but also a time that has been hopeful and rewarding.

For so many decades that it’s embarrassing to think about, the needs and preferences of us average Americans have been deliberately ignored and undermined by the wealthy corporatists who own us. And apparently these oligarchs have, until now, always firmly believed that most of us Americans will continue to think and do whatever we have been told to think and do — forever.

But now most of us lowly worms have finally started to turn.

After spending all too many years of our lives standing submissively by while everything meaningful — from religion to lingerie — has gotten happily vacuumed up by corporatist Blue Meanies, we Americans are finally beginning to stand up for ourselves and vote with our feet instead of with Diebold.

Human beings were never meant to have their sole purpose to be to make oligarchs rich. Doesn’t even the Bible say that? Yes, I think that it does. And so does the Torah and the Qur’an for that matter. “Do unto others as you would have others do unto you.” That kind of stuff.

Or, as Rudyard Kipling so succinctly put it in my Franklin Daily Planner recently, “The strength of the Pack is the Wolf — and the strength of the Wolf is the Pack”. And Americans are also only as strong as our weakest links. And when too many of us become homeless, jobless, illiterate and sick, then America becomes more and more fragile — allowing us to get picked off one by one by the very One Percent vultures who have made us this weak in the first place.

It’s time to start cleaning these rapacious vultures out of our lives now, right now — while we still can.

And speaking of cleaning out, my Chinese New Year’s resolution is to eat really healthy — and what could be more healthy than mother’s milk? A mother cow’s milk, that is.

And so for the next 24 hours, I’m going to follow the example of strong Masai warriors and live mostly on raw milk.

Plus, no one ever died of cancer as a result of drinking raw milk — unlike the many people who have died of cancer after drinking uber-processed milk taken from hormone-treated, antibiotic-drugged, feed-lot-crazed cows http://axiomatica.org/myvideos/video/130.

But before you start to guffaw and knock raw milk as being too weird or too old-fashioned or unsanitary, please do try it first. Delicious.

Here’s a warning, however. A friend of mine just told me that if you are having trouble getting pregnant, raw milk will help. Hmmm. Does that mean that I’ll be getting pregnant soon too? Good grief, I hope not! But drinking raw milk is also supposed to provide immuno-globulins, vitamins, enzymes, beneficial probiotic bacteria and cancer-fighting CLA, as well as helping to prevent bone-density loss, strengthen the immune system, encourage iron assimilation and help ease constipation http://www.raw-milk-facts.com/raw_milk_health_benefits.html.

But will it also turn me into a Masai warrior? Or even perhaps into a wolf? How cool would that be!

And will drinking raw milk also make me strong and invincible enough to stand up to the One Percent’s slick new mercenary stormtroopers — now playing all across America, in a city near you? Probably not, unfortunately. Sigh. 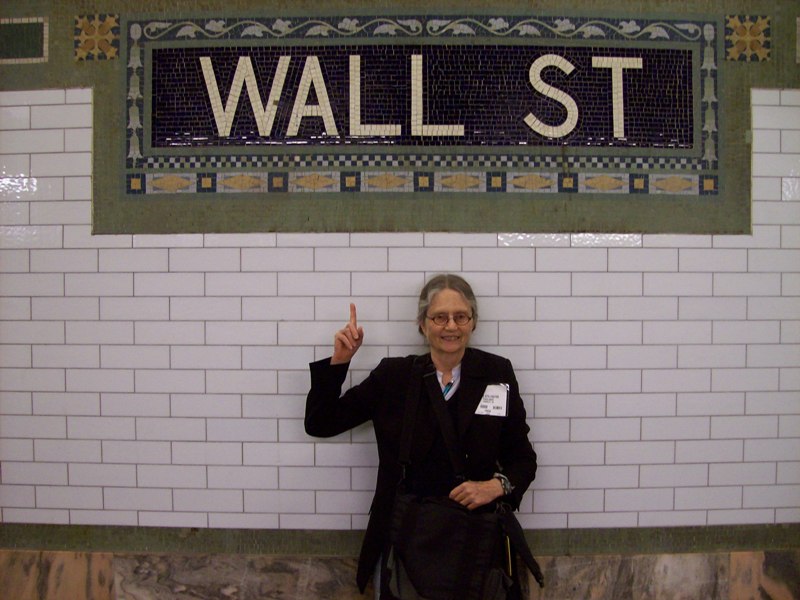