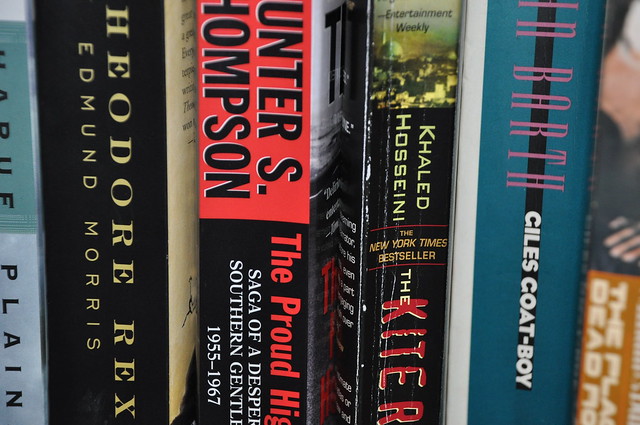 I would like to share some of the really great books that I have read. I read more nonfiction than fiction, although I am a fan of historical fiction. The exception is the genre of horror.

Before I even start, please don’t die without reading Three Cups of Tea One Man’s Mission to Promote Peace . . . One School at a Time
By Greg Mortenson and David Oliver Relin

Your results may vary but here are a few thoughts.

1. The best nonfiction true crime book I have ever read in my life comes from French author Emmanuel Carrere, and it is called The Adversary: A True Story Of Monstrous Deception.

The hook is the first three sentences of the first paragraph:

On the Saturday morning of January 9, 1993, while Jean-Claude Romand was killing his wife and children, I was with mine in a parent-teacher meeting at the school attended by Gabriel, our eldest son. He was five years old, the same age as Antoine Romand. Then we went to have lunch with my parents, as Jean-Claud Romand did with his, whom he killed after their meal.

2. Best memoir: The Glass Castle by Jeannette Walls. She tells her story of growing up in dirt poverty with dysfunctional and eccentric parents. I rally for, and relate to, the parents. Beautifully written. I cried and I laughed.

3. Funniest memoir: I laughed myself absolutely sick when I read A Working Stiff’s Manifesto: A Memoir of Thirty Jobs I Quit, Nine That Fired Me, and Three I Can’t Remember… by Iain Levison.

The hook: In his job filling oil tanks in high-end neighborhoods, he says:

Instead of a map, one house has a delivery slip that says simply “Fill at the donkey’s nose.” I pull up the driveway and notice a huge statue of a donkey in the front yard, so I go over and examine its nose. The donkey must be a heating oil tank, I decide. Its cement nostrils are large enough to accommodate an oil hose although I don’t see any threading in which to screw the gun. I jam the gun up its nostrils as far as it will go and turn the oil on full blast.

Immediately, the donkey’s head explodes and I am showered with home heating oil and concrete. I grope around blindly for the hose, which is whipping around like an epileptic anaconda…

4. Historical nonfiction must-read: The Devil in the White City: Murder, Magic, and Madness at the Fair That Changed America by Erik Larson.

The hook: Chicago, crica 1893, follows a physician serial killer who constructs a sealed murder chamber in a home at the same time architect Daniel H Burnam was designing the World’s Fair. All during the “blood empire” of the immigrant-worked stockyards. Origins of the Ferris Wheel. You will not be able to put this down.

5. A novel based on a true story that is really almost too painful to read: Giraffe by J.M. Legard.

This one is really almost too difficult for me to talk about. To get the hook read this link:

Under the category called If you watched the movie but have not read the book, you need to are books:

-BTW if you like Jeremy Irons, and you don’t feel like reading, you might try watching the movie Lolita, written by Vladimir Nabakov. 6.9 on IMDB (Man do I love films!)

On its release, the literary establishment widely condemned the novel as overly violent and misogynist; though many petitions to ban the book saw Ellis dropped by Simon & Schuster, the resounding controversy made it a paperback bestseller for Alfred A. Knopf later that year.

True enough, this book is controversial, but self-proclaimed satirist Ellis is really good at portraying extreme acts with casual detachment in his Bateman character. I first read this thing on a plane, and I immediately realized that I did not want other passengers to see what I was reading, and so I tucked the book inside an in-flight magazine!

8. Well-written, haunting, leaves you wondering if the book is about evil…or good, is the book The Boy by Naeem Murr. A review:

“The Boy, Naeem Murr’s compelling debut novel is reminiscent of the work of John Fowles. There’s a stunning juxtaposition here of monstrous acts and moody lyrical prose, and a skill with narrative that gives the book the drive a thriller would be proud of.” (Stuart Dybek, author of I Sailed with Magellan and The Coast of Chicago.)

American Gods is a Hugo and Nebula Award-winning[1] novel by Neil Gaiman. The novel is a blend of Americana, fantasy, and various strands of ancient and modern mythology, all centering on a mysterious and taciturn protagonist, Shadow.

11. Stephen King provides a list of must-read books for writers and aspiring authors in his book On Writing.

Please check it out, because reading lists are kinda hard to come by.

What are you reading right now?

I am reading In The Garden Of Beasts by Erik Larsen. The setting? Germany, during Hitler.

What is your favorite book store?

Although I have to tell ya, I have only been to Texas a couple of times, but what’s that town with the um…orange team color? Just hideous, but anyhow, they’ve got someplace called BookPeople, I think, and it really is awesome!

BookPeople in Austin, TX has a really good site, if you are wondering what to read: