It’s become pretty obvious (to me at least), that weekends are the time when folks write their Occupy diaries. After I mildly complained about not having a lot of good content for my last Occupy the Blog! post, we received a number of new diaries from folks and occupations all across the country. Ask and ye shall receive, I reckon (but please keep ’em coming folks!)

First up is this from sagesse, continuing to report on Occupy Boise and efforts of the Idaho legislature to implement new laws that would force Occupy Boise to leave:

Teresa Luna, Director of the Department of Administration, presented misleading testimony to the Committee. She claimed the existing plan on the books for the grounds at the Vigil site – a plan that would put in parking lots – wasn’t really the plan. She made claims about vandalism and trespass, and said Occupy Boise had cost the state $9000 – largely due to her hiring of an extra security guard for the next several months. She is the sister of controversial Idaho Education Secretary Tom Luna. 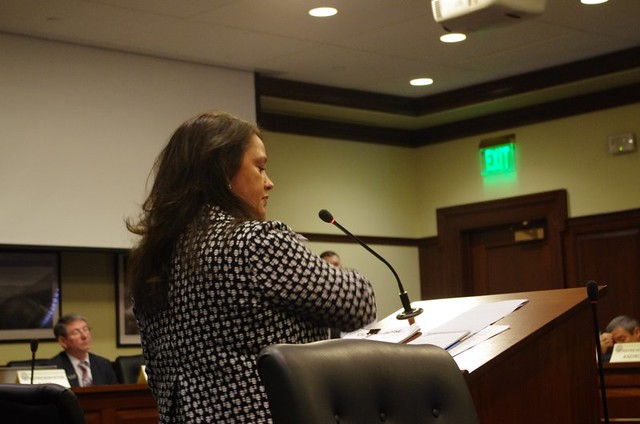 The main statements and questions from Legislators who opposed the Vigil Site this week centered on control, authority, domination and protecting their own sense of privilege. Reps. Anderson, Simpson, and Bedke all feared chaos. This is quite an unusual word to hear uttered in Idaho. At the same time that Rep. Bedke was fearing chaos, he was justifying his mean-spirited speech and people squelching Bill by saying that: “The Occupiers have rules. They told us they had rules – their Good Neighbor Policy. So we’re just making our rules”.

So how in the world does a policy of community accountability equate to chaos?

While in many areas of the country the Occupy Movement has packed up to resume their protest in spring, an Occupy group in Riverwest Milwaukee continues their occupation through the Wisconsin winter. “It’s about survival,” says, John Gerlach. For the last 60 days Gerlach has given up his home in the Riverwest community to reside in a Tepee in temperatures as low as minus 10 below.

Set up 103 days ago on a piece of land, known as Garden Park, the Occupy Riverwest group has occupied a tepee they erected where the local farmers market is held. Prior to Black Friday the police forced the group to disassemble and reassemble the Tepee every day but after an anonymous community member began a dialogue with the police department, the police stopped requiring the Tepee to be taken down everyday. “We have good political organization, and we wouldn’t be here if it wasn’t for a our community liaison,” says Gerlach. 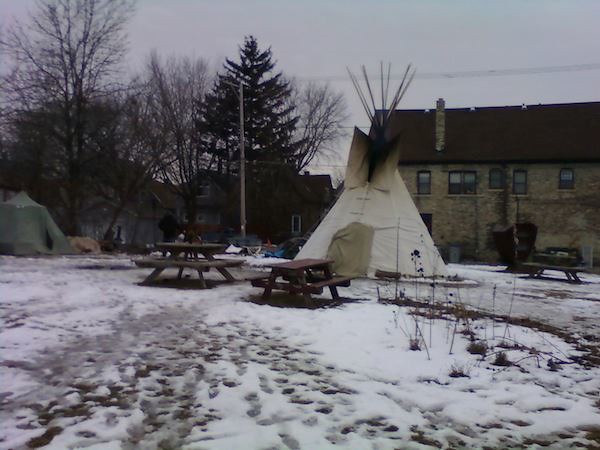 Occupy Chicago never really had an encampment. Back in October of last year, they tried to establish a camp in Grant Park. The “world renown” mayor of Chicago was all over that. He had an image to create, chops to prove. Over three hundred people were arrested. Occupy Chicago maintained a presence in the financial district, the corner of LaSalle and Jackson, in between the Bank of America building and the Federal Reserve Bank of Chicago.

But Occupy Chicago would not be suppressed. A lot of debate and votes over several GAs resulted in Occupy Chicago securing space in a building south of the Loop. I learned that Occupy Chicago has a benefactor who is donating the monthly rent of the space. They plan to be there until late April, at that point they will decide if they to extend the lease.

Kevin Gosztola and hotflashcarol both wrote about Saturday night’s clashes between Occupy Oakland and the Oakland authorities. From hotflashcarol’s report:

We expected a disproportionate and violent police response and OPD did not disappoint. I found myself way outside my comfort zone when the flash bang grenades started going off and the crowd got a little panicked. The vast majority of people were really brave and hung in there, even using shields to fend off police projectiles. At the end of the video below, you’ll see the protestors attempting to help someone in front near the riot line who has been injured; just as in the Scott Olsen incident, police continued to shoot flash bangs at the crowd while they dragged our injured comrade out of harm’s way. Also note how terrified the police seem to be of the big bad scary occupiers (not).

Finally, we have this report from cadogblog on Occupy San Luis Obispo’s 100 days of occupation:

As I write this post Occupy S.L.O. stands at 103 days. On day 100 the Occupiers staged a seven hour celebration, discussion, reflection marathon, interspersed with food and music, at the courthouse plaza where our tent is located on Monterrey street. We mingled with curious visitors, passers – by and the media, passing out information sheets on issues, answering questions and gathering contact information. The county properties manager even visited to “see how we are doing”. Our no – permit relationship with the County is the only functioning example of “don’t ask, don’t tell” that I know of, probably in the universe.

Please DONATE to the Occupy Supply fund if you can. It is donations from people like you that allows Occupy Supply to help the Occupations survive the cold.

This link is to a HowTo: FDL Citizen Journalism in case you want to write a diary for your local efforts (or just wish to write a diary at MyFDL for whatever topic you choose). Keep us informed as you fight the power!