#Occupy According to Eileen & Monty

My Great Aunt Eileen used to chase ambulances.  And no, not in the skeezy lawyer sense.  Literally, if she happened to see an ambulance or fire truck – lights flashing, siren wailing – she’d maneuver in traffic to try and follow them, just to see what was happening.

She also got a little too tipsy one night, stumbled into a bush, politely apologized to the bush, straightened out her dress and continued on to the front door, nonplussed.  She hated that story.

But that’s another ‘teachable moment,’ for another time.

“A Shrubbery!”  And if you know what that’s referencing, you get 25 ‘Cool’ points and the rest of this will make a great deal more sense.

In short, my Great Aunt was a cool old bird.

She passed away a number of years ago, but I’m curious what she would have made of this #Occupy movement.

With the media’s voyeuristic and manic ‘It’s not easily understood yet strangely arousing / finger-wagging’ mentality, I’d guess that there a number of people who don’t know quite what to make of it, yet.

But with the way that the last few decades have unfolded, I’d also guess that Jung’s ‘Collective Unconscious,’ isn’t too terribly off of the mark.  Though now it’s more measured and defined by search queries, there seems to be a previously untapped, and unexpressed frustration with the ‘status quo.’  So while they may not yet understand exactly what’s going on, many average Americans probably feel the very emotions that are driving it, even if they don’t know how quite to define it.

The political, legal, and financial systems have become seriously tilted in favor of wealthy and powerful interests, and consequently both parties and the political system itself, have become totally unresponsive to the people.

The Knights who until recently said ‘nee,’ now demand lumber procured with the use of a herring, rather than the shrubbery, and no longer say ‘nee.’

They keep moving the goal posts, changing their ‘identity,’ paying lip service all the while, insisting that that ‘is just how the political system works,’ while condescendingly patting us on our heads for ‘getting involved,’ as police suit up in riot gear and check to make sure that their pepper spray can is full.

Involvement’s all fine and well – just as long as they define the parameters of that involvement.

It’s highly unlikely that we’ll bump into ‘Roger the Shrubber,’ or that the powerful interests who have a very large stake in preserving the status quo, and the inertia maintaining it, will be unusually susceptible to the use of the word ‘it.’

What those powerful interests are and will continue to be susceptible to, is just about every other word in the English language.  But those words need to be directed towards all of the ‘Aunt Eileens’ of the country – the ones who feel it, but don’t quite understand it.

For this movement to continue to grow and flourish, the garden, and all of the flowers, plants and bushes in it, must be carefully tended to.

Calmly, rationally, patiently and most importantly, politely – just as my Aunt Eileen would’ve been – tipsy or not.

Because twenty bucks says she would have maneuvered her car in traffic and followed the protests just to see what was going on.

The preceding was in no way meant to imply that coconuts migrate.

Cross Posted at my blog, and all of that other uncomfortable, self-promoting stuff – Everything I needed to know, I learned from a Kardashian. 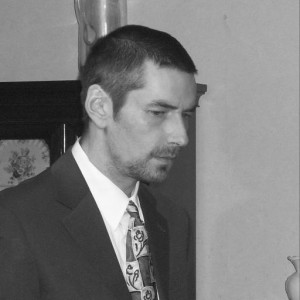 #Occupy According to Eileen & Monty