The Dictionary, Trick Writing And The Bird: Frog Gravy 47 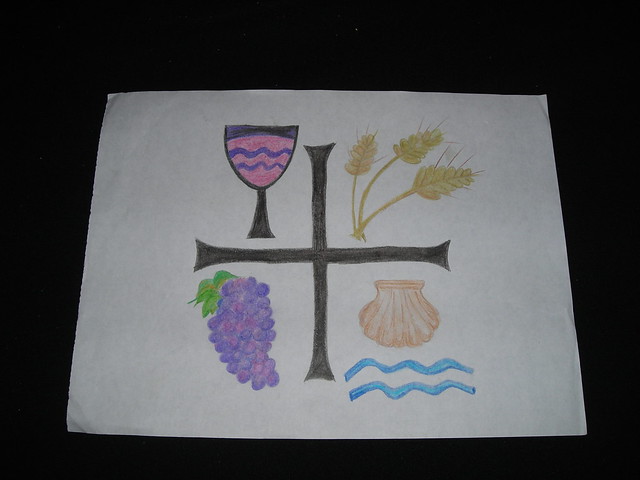 Frog Gravy is a nonfiction incarceration account in Kentucky in 2008 and 2009, in jails and in prison, and is reconstructed from my notes.

After some frantic searching in the cell, Ruthie finds the photograph of her mother, who passed away. She finds it, finally, during a trip to the toilet; she had sat on it, and it was stuck to her ass.

Ruthie wants to know if her mother is in heaven, and if she is, will she be sending a signal to Ruthie, like when the lights in the cell flickered this morning. She asks me. I am not an expert in heaven (In fact these days I think I am more an expert in Hell), but I tell her that I believe in a spiritual realm, and I believe we will see our loved ones when we die.

Tina, who takes a literal view of scripture, says, “She’s just asleep, until He comes to judge. You know, like when you go to sleep and…and that’s where your mother is…And the devil will reign for seven years. And, if you don’t have that number, you won’t be able to buy things, or eat things…”

I hear this, and cannot get the words out of my head: And he shall reign forever and ever…For Ever and Ever, Hallelujah, Hallelujah… and I wonder if it is indeed true that Handel wrote the Messiah in, like forty-five minutes during a manic psychotic break. At any rate, the man is a genius, and even though he writes of God’s reign and not the Satan that will be scanning our computer chips for the mark of the beast to see whether or not we can shop at the WalMart In The Sky, the Messiah is one of the most beautiful pieces of music ever written.

In this cell, in this mixture of madness and sadness that is condensed as though cooked under reflux, I adjust the towel on my head, and continue working on the jailhouse dictionary we are composing. Down the hall, Harry shouts from his isolation cell, “PLEASE! Let me OUT!! Help me! HELPMEhelpmehelpmehelpmehelp.” I am reminded of the acronym GOMER, which means “Get Out Of My Emergency Room,” but if you read House Of God by Samuel Shem, you will know this, of course.

Spork: a jailhouse eating utensil that is a plastic hybrid of fork and spoon.

No-shank pen: a flimsy, short version of the ballpoint that has been rendered useless as a weapon.

Hot on the walk: A very good looking Class D nonviolent male working the hallway, such as the one who, from time to time graces us with a view of his erect penis from the broom closet down the hallway. You have to get on tiptoes and strain a bit to see this, but it’s worth it.

Kentucky taxpayers spend something in the neighborhood of $30,000 per year per non-violent war-on-drugs inmate for us to sit in a cold cell, composing a twisted urban dictionary and gazing at the occasional male specimen of perfection. Kentucky. Fuck yeah.

Christie explains trick writing to me in a bit more detail. Trick writing has afforded her the opportunity to pay restitution to her check-writing victims and obtain canteen supplies that she needs to live, such as shampoo and other hygiene products. I am fascinated, and although I have never trick written myself, I would venture to guess that trick writing alone is a multi-billion dollar industry in this country.

There are a good many men who are interested in contacting and developing correspondence relationships with locked up women. Contrary to popular belief, the men are not always interested in sex, or in sexual letters. They are more interested in having a pen pal. There are many sites on the internet that advertise for prison and jail pen pals. Many relationships are long-lasting, and often, particularly if the female inmate has no viable family ties any more, the pen pals are all she does have. Not infrequently, the pen-pal relationships evolve into long-term relationships and marriages.

Christie’s pen pals come from all over the country: Maine, Oregon, Colorado, New Mexico. A nudist in Indiana (who looks like he came straight out of the movie “Revenge Of The Nerds”, she points out). A marathon runner in Texas. A professor who speaks French and Italian.

We eat lunch: chicken breast, one slice of white bread, carrots, broccoli and vanilla wafers. After lunch I go into the toilet and climb onto the steel sink, and look through the tiny, scratched out slit in the ghosted-out, bullet proof window. There are the dumpsters.

And a bird! Oh my God a bird! What a blessing. I got to see, even if for a fleeting moment, a bird.

And this is the highlight of my day. If God could bring me just one bird to see each day, I will be happier than ever.

The Dictionary, Trick Writing And The Bird: Frog Gravy 47