First they came for my ketchup, and I said nothing, for I had no french fries

The concerned swamp monsters over at Fox & Friends did a little profile in courage this morning, focusing on a young woman named Hannah Lucas who is saying NO to B. H. Obama’s healthier school food initiatives. The Missouri high school student did a satellite chat with the bewigged slab of fried rice pudding known as Gretchen Carlson, in which Carlson pointed out all the ridiculous new demands the gub’mint is placing on schools. Like regulating salt, making smaller portions, and removing enormous tubs of ketchup.

In the almost three long years since the ascension of King Barack of Obama, brave Americans from coast to coast have been increasingly subjected to the inhuman, uncaring dictates of the nanny state. REAL Americans understand that regulations which appear to focus on clean air, clean water, safety in the workplace, and the like are merely camouflage for the Obama Administration’s evil, diabolical plan to control every facet of our lives. The latest assaults on our freedom come courtesy of the Administration’s new regulations on school lunches. Sure, to the uninitiated they look like rules designed to ensure that student have access to healthier food options. To those skilled at decoding such nefarious regulations, though, it’s just another example of how the government is slowly but steadily inserting themselves and their rules into our lives and creating a society based on Socialism and the rule of out-of-control Liberalism.

Thanks to the fine patriots over at Fox and Friends, the media is finally beginning to shine the light on Barack Obama’s evil Socialist plot to rid Americans of any last vestige of control over their lives (and ketchup). After all, if our sons and daughters lose their inalienable right to douse their hamburgers and french fries in tasty, vaguely tomatoey goodness (Hey, Ronald Reagan said ketchup was a vegetable, remember?), how long before we lose our right to 64-oz. soft drinks? If our progeny are reduced to having to pay for their ketchup, how long will it be before they’ll forced to goose-step while reciting the writings of Chairman Barack Hussein Obama? What’s next? Will parents have to donate to MoveOn before their offspring are allowed to have dessert? Will they be forced to pledge allegiance to George Soros before they’re granted access to another piece of Wonder Bread?

I don’t know about you, but they can have my tub of ketchup when they pry it from my cold, dead fingers…. 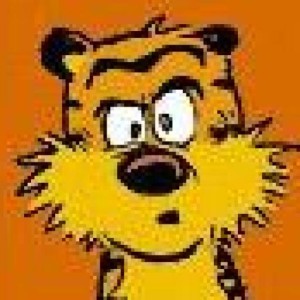 First they came for my ketchup, and I said nothing, for I had no french fries