In a nation where problem’s are resolved on TV programs within a thirty to sixty minute time frame and products that can cure everything from hair loss to relationship problems are marketed to people who have become so impatient that they can’t wait for a meal longer than it takes for the person at the drive through to hand them their order it’s no wonder that the initial response to the Occupy Wall Street movement has been one of confusion. The fact that there are so many people with so many different issues and no quick answers has led some to the conclusion that the lack of structure and a recognizable leader is a sign of weakness. Others have gone as far as to dismiss the movement by resorting to cliches about protestors rooted in what they perceive were the more destructive aspects of the activism of the 1960?s. The truth is that the shear volume of issues in itself is reason enough for the protest. People have become fed up with not having a say in how their lives and their Country are run. The majority of people do not want handouts. What they do want is an equal opportunity to live and be as productive as they can. When 99% of American citizens are forced to pay more of their income in taxes than the 1% who pay little to none of theirs is it any wonder people are enraged? The image of the protestors as pot smoking hippies who want everything handed to them may be a convenient talking point but it couldn’t be further from the truth. It is a Peoples protest and despite what some in power or the media may think it is not something that will go away just because the weather starts to turn bad or they stop talking about it. It may appear to be chaotic and disorganized on the surface but at it’s root it is the reason this nation works. Whenever Politicians and self serving Business People have lost track of who and what we are as a nation it is in our best interest to remind them in the loudest and most creative ways we know how. Democracy is chaotic and loud and creative and far better than any of the alternatives. Stand Strong, Speak Loud and never let the Bully’s win! 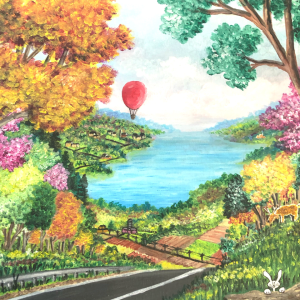