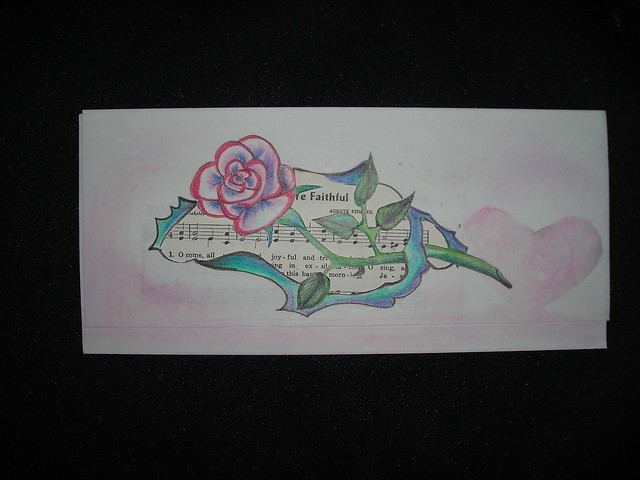 Frog Gravy is a nonfiction incarceration account set in Kentucky in 2008 and 2009, and is reconstructed from my notes.

I am seated at a table in the noisy day room of Ridgeview Dormitory, playing Spades with Sandy (drugs), Margo (pregnant, drugs) and Kathy (drugs).

Sandy is my card game partner, and she is seated across from me in a wheelchair. Sandy is 48 but looks 60, and is serving a 12-year sentence for “trafficking,” which amounts, in her case, to selling some pills on the outside. At med line, Sandy tucks her pills under her dentures, or ‘cheeks’ them, and trades them for commissary items with other inmates. She is indigent and receives no state pay for work because her disability prevents her from working. Sandy has been a frequent guest in the hole for her entrepreneurial ventures. She is a self-described proud hillbilly from Pike County, in eastern Kentucky coal country.

Margo will have her baby in captivity, and the baby will be taken and cared for by the Galilean Home, a Mennonite-run orphanage for disabled and unwanted children, as well as children with indigent incarcerated mothers. It is a wonderful place, with a loving environment. Once a week, the Galilean Home women bring the babies into the prison, to a nursery in the chapel building, for a visit.

Kathy is serving eleven years for two counts of drug possession and one count of possession of a methamphetamine precursor. She is in love with and obsessed with another inmate here named Nancy, who is very butch and, for the most part, annoyed with Kathy’s over-availability and self-destructive obsession.

I can see from the hand I have been dealt that Sandy and I will easily win this card game, and I try hard not to burst into laughter. Prison card game rules change as often as ways to kill a vampire, and we are playing by ‘Joker-Joker-Deuce’ rules. The two jokers and the deuce of spades are the highest cards in the deck for this game, and I have all three, plus all of the relevant face cards I need. The large joker that I now hold in my hand is labeled in ink, “Big Pimpin.”

We are all half-seriously discussing a plan to ask to be shipped to Otter Creek, the privately owned prison in an eastern Kentucky coal town called Wheelwright.

The discussion started when Kathy, who is miserable with unrequited love, decided that distance will cure her of the Nancy situation once and for all, and said, “Let’s all drop notes to go to Otter Creek.”

“Rough place,” I say. “I hear that lizards don’t even live in the yard.”

“Biiiitch,” says Sandy, in a low, toothless purr, “Pot. Cigarettes. Drugs. They don’t give a damn.”

Kathy asks Sandy about an inmate who was shipped to ‘The Creek.’ “How’s old One-Tit Barb? She get out yet?”

“Nah,” replies Sandy. “She done got another flop. They’re slow-walkin’ her.””

Sandy says, “It’s DOC not letting you out. One year at a time. That’s slow walking. Slow walking is like saying, I’ll get you tomorrow. The check is in the mail. I promise I won’t come in your mouth. These people are slow walking you.”

“Aren’t there problems at Otter Creek though?” I ask. “What’s going on over there anyway?”

“Guards is fucking the inmates,” says Margo. She adds, “And a guard brought a loaded gun into the place and blew her brains out.”

Sandy says, “There are perks. You go up for parole a month early. They sell craft items on commissary. You’d like that, Bird Lady.”

Margo says, “They almost killed an inmate with a medication error.”

The inmate rumors about the famed private prison Otter Creek will turn out to be true. After investigation, the facility will be closed to women and converted to a men’s facility. The Hawaiian inmates that were housed stateside in Otter Creek will be returned to Honolulu, but we do not know this yet.

Sandy suddendly says to me, “Bird Lady. When you git out I want you to come to Hillbilly Days!”

“Hillbilly Days! It’s a celebration, started by a couple of Shriners from Outhouse Clan. That’s where you see ’em all come out. Barefoot and pregnant. Straw hats. Overalls. Corn cob pipes. Moonshine.”

“Moonshine? Isn’t that a dry county?”

“No I ain’t. And biiiitch. Them hillbillies ain’t stupid. You fuck with ’em and they’ll shoot you and throw you in the hollar. Or the waller. It don’t make no damn differnce to them. You don’t have to worry none about Hillbilly Days though. They don’t allow guns. Hell, they don’t even allow the kids to shoot each other with squirt guns.”

“That sounds cool,” I say. “I’ll bet it’s a blast.” I then address Kathy and Margo with a comment about the card game. “Y’all are fucked,” I say.

Kathy says, “Let’s all drop notes at once and ask to go to Otter Creek!”

“They’re going to think I lost my mind if I do that,” I say.

“You can feed your birds there,” says Sandy. “They don’t give a damn.”