Good morning to you, I hope these words and pixels find you well rested and with a mentality straight and sound.

I am writing this as Typhoon Roke is centered on Tokyo, Japan. Tokyo is about 200 km away from a little tiny nuclear fun house called Fukushima. This fun house has 6 reactors, 4 of them are “troubled.” My main focus right now is on reactor #4 and its current structural state of mind. I say this because reactor #4 is on everyone’s “watch-list” because its spent fuel pool is dangling in the air.

Arnie Gunderson, a nuclear man by origin, has been very vocal on his opinions of the NRC’s handling of Fukushima, as well as the current updates from Fukushima. Granted, he usually updates his website about once or twice every few weeks, but the information there is highly recommended and his latest video is a “must see,” to anyone who wants to know anything about the type of reactor that is in Japan as well as in the US of A. The main issue being that they are designed to release all their nuclear toxins into the atmosphere, rather than within the containment vessels themselves. God bless GE and its engineers. (Sidenote: maybe this is why GE doesn’t have to pay taxes, because it’s saving up for their lawsuits which are to be paid in full by human lives?)

I am not going to go all “conspiracy pirate” on you, however it seems that in times like these, the ones labeled conspiracy pirates are often scaringly dead on……no pun intended, but what we have to ask ourselves, arrrghhhhh, as a species, what is OUR one goal?! I would think that would be answered with a resounding “to live.” But hey, I’m no magic man, I mean ya, I do talk to birds, but I think that wraps up all the magic I have….sooooo in order to “survive” where are we to go from here?!

I think these questions should be in the back of your mind, if not in the front by now, because what we have here is the unwinding of a social contruct that was created by a man’s dream wrapped in a greasy ego. This dream we’ve all lived in isn’t real, doesn’t pay respect to Natural Laws, and puts us all into “mental slavery,” without even letting us know we’re in mental slavery. That’s the beauty of it, you walk day to day, without even holding an idea of…..is there a different alternative? Is there a way out of this money controlled existence?

The only truth you will find on these topics are in mediums such as these, people that are writing in order to educate the masses without a payment of fake money, but rather the enrichment of a society that is slowly being boiled out.

This is about survival. Whether you want to believe that the earthquake in Japan was caused by man, (HAARP) or nature, it doesn’t matter, the result is what we have to deal with NOW. Whether you want to believe that the new class of war is weather wars, or just drone wars, whatever, it’s time we ALL get on the same page, for one purpose, and that is to survive the decaying Earth we have given ourselves.

In order to survive, we must shut down all these leaking nuclear plants. Governments cannot be trusted, for they have knowingly allowed such things to happen. (Funny, I could say this about a lot of things.) When money is in the way, everything will be clouded.

We must remove the money lie in order to survive the next level of awakening.

In the face of a tsunami, I stand silently awaiting your voices.

If you haven’t already, I would put www.collapsenet.com on your radar as well. 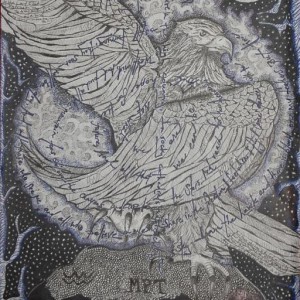