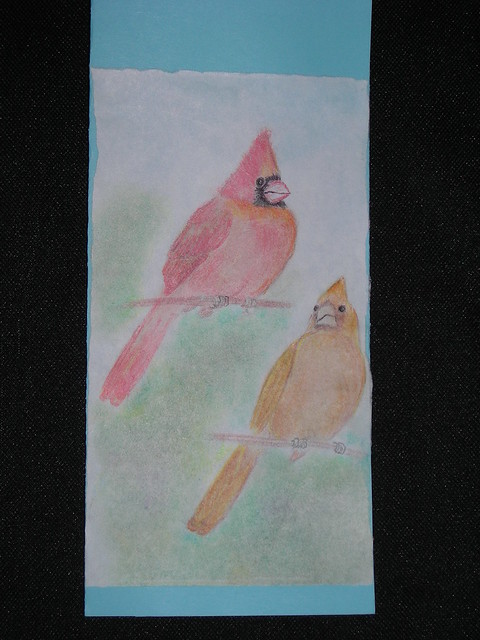 Frog Gravy is a non-fiction account of incarceration in Kentucky, first in jails and then in prison, in 2008 and 2009, and is reconstructed from my notes.

We have been on lockdown in Ridgeview Dormitory for a couple of days now, due to an ice storm. Ice has weighted down the razor wire, the power lines, and the trees. This morning, a few of us made our way through the ice wonderland to the dining hall for breakfast. Ice-laden tree branches rattled, like dry bones. Every few minutes there was a loud crack, followed by a thunderous crash, as large oak and maple branches gave way.

After the ice formed, it snowed, re-misted, re-iced and snowed again. The cracks and crashes interrupt a beautiful silence.

No “movement” is allowed during a prison lockdown. Inmates must stay in the dorms at all times except during meals. Prison lockdown is an infrequent occurrence. The prison is locked down, for example, when an ambulance comes onto the campus, or when an inmate is unaccounted for. In this case, the lockdown is for everyone’s safety.

During the course of the ice storm, an inmate had a heart attack. Another had a seizure. Then, there was a fire in cell block, the disciplinary segregation dorm (fire in the hole!), so they added the cell block inmates to the Ridgeview mix as well.

The dayroom floor in my wing is wall-to-wall inmates on the floor. We have many pregnant guests, as well as disabled women in wheelchairs who cannot care for themselves, and they sit, drooling, looking out through marbled eyes. We also have diabetics and epileptics that need medicine. Medical staff is short.

I stay in my room and study. I am enrolled in the Horticulture program, and I am designing a greenhouse as well as a small business. My business, I decide, will be a container gardening business that I will call “Little Eden.”

So far, my fantasy greenhouse is even-span, on one to two acres with room to expand. It has an aluminum frame, trusses and purlins, a roof ventilator, two natural gas forced air unit heaters, two horizontal air flow fans, two exhaust fans and polycarb or rigid acrylic glazing. Later, I will choose an evaporative cooling pad and investigate solar power options.

I need to decide on a crop for my fantasy greenhouse. I am thinking about roses, because when I suggested tulips, my teacher looked at me like I had just arrived, by way of martian ray gun, from outer space. Also, my mother loves roses. They like 63 degrees and may do well in ground beds, but this would require drainage tile and an irrigation system.

Poinsettias will be a group project for the entire class, next year. Poinsettias are a huge cash crop in this country. The flowers are actually modified leaves. Poinsettias take months of advance planning, and they are “forced” to bloom like they do at exactly the time that they do. For this to happen, the entire greenhouse must be completely blacked out like a photography darkroom. Poinsettias bloom in response to short day lengths and any interruption in the blackout can be disastrous to a poinsettia holiday greenhouse crop. Our teacher told us a story of a poinsettia grower who lost the entire crop, because a curious neighbor sneaked into the greenhouse at night with a flashlight to look at the plants.

As I study, I also worry about the birds outside. Today I saw a crow surveying the situation but that was it. I have a small collection of bread slices so that, when we are allowed outside, I can toss the birds a few morsels.

As I am studying, another inmate stops by and I help her with an algebra problem.

I take a break and walk down the hall to use the restroom. Alecia is in the restroom, struggling with the faucet. Alecia is in her forties, and she has the worst case of OCD I have ever seen in my life. She stands at the sink, pants rolled up, clutching a wad of toilet paper that she uses to turn on the faucet. She says, “This place. is filthy. Nasty-assed, trifling filthy bitches.”

I look at the bathroom It is spotless.

Alicia unrolls half of a roll of toilet paper for the faucet, then produces her own bar of state soap, and ritualistically, painfully washes her hands that are chafed from so much constant scrubbing. She leaves the faucet running full stream, lifts up and holds her pant legs off the floor, and tip-toes back to her room, cursing all the way down the hallway.

We have sort of learned to live with Alicia and her severe OCD. We avoid touching or brushing against her. She has been known to assault people who accidentally touch her. She has been sent to the hole for such attacks, and I shudder to think how she fared mentally in the hole, where it is virtually impossible to wash your hands.

Most inmates just leave the faucets running full stream, because they have given up the faucet battle with Alicia. So, any hour of the day in this wing, both the upstairs bathroom faucet and the downstairs dayroom faucet are running. Somehow the running faucets bother me. I guess I am not used to it and so I wait for her to retreat down the hall and then I turn the water off.

I return to my room and look out the window to the field outside. The scene is white and peaceful. This is the field where the turkeys and the deer and the fox live. I look for birds.

The field with the ice and the white and the silence is perfect. There is no chaos.