The Tops Of A Few Trees: Frog Gravy 34 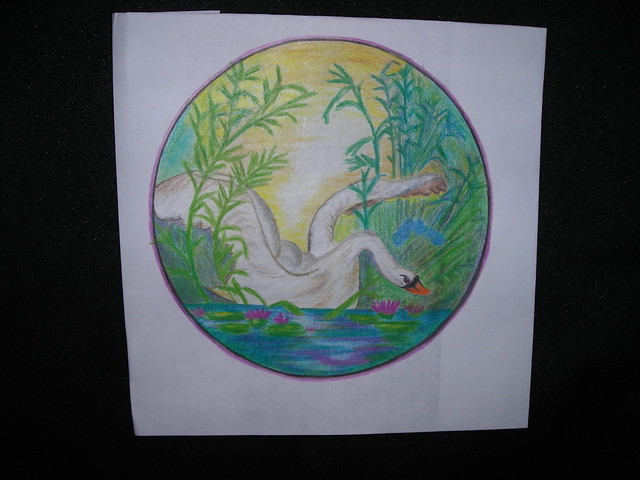 The music for this post is for Chebetts. (I have always loved this- Dickey and Duane, right?)

Frog Gravy is a nonfiction incarceration account reconstructed from my notes.

Other posts are gathered at froggravy.wordpress.com.

In the outdoor recreation cage, a room about the size of a garage with thirty-foot-high walls, a spider walks along the cement floor, exploring. The spider searches for the best place to set up camp, and it somehow knows which corners of the cage deliver small insects to its web.

Here is a tuft of human hair. The spider moves past it. There is a breeze. It is seventy-two degrees.

Inside Cell 107, I sit, with a towel on my head and take notes. We talk. We wait, but for nothing. There is nothing to wait for, nothing to look forward to, and nothing to do. In the beginning, I got up early in the mornings and did some standing-in-place exercises, but I do not do this any more. There is nothing to get up for. In more than two months’ time, we have been to the outside recreation cage exactly once.

In this cell we exist but we do not live, and we react but we rarely act. We gain weight because there is no real exercise and nothing to do but lie motionless and wait for the next tray. Mail is a big daily event, although no one really gets much, or maybe we do, but the jail takes it. One time, I wrote myself a letter.

Christie started taking antidepressants when she was denied drug court and sentenced to twenty-four years for drug offenses and cold checks. She stays in bed and cries all the time. The jail increases her dose. Christie says, “This bigger dose is gonna make me coma-toasted.”

Christie is 35, with two children (a third child was murdered). She has spent nearly eight years of her adult life locked up for non-violent drug offenses, and she has never received treatment. She has been in this jail cell for nearly eight months. She has seen her mother three times, her daughter once, and her son not at all. They all live in town.

We talk about how prolonged, purposeless warehousing in cement changes us.

Tina says, “I am not the same person I was when I came in here.”

“You have to be, to survive,” says Christie. “I used to be kind hearted but I’m not anymore.”

“How broken do we have to be before they are finished,” I ask.

YaYa’s untreated paranoid schizophrenia is often quite pronounced. She talks, laughs and sings to herself. She has violent outbursts. She fake sneezes, coughs and complains about a variety of emergency health problems.

I decide that when I die I do not want to be buried. I never want to be in a coffin again.

I review my notes from church. They tell us that we are sinners, and that we deserve what we are getting. If we want to fail, we will ride this jailhouse religion to the door and no further. We must get saved, or there is no hope. A city in the sky will be built out of gold and the saved will be raptured. Humans will be screened for the mark of the beast. A man who was homosexual was cured by reading Revelation 5:12. Young people nowadays lie, cheat and steal. People offend judges everywhere, and growing numbers of people are locked up because they are disrespectful sinners.

A woman in church shared that when her father would come home, he would whip all four children, just to make sure he got the right one.

At the end of each service, inmates come forward to join a circle, to be saved.

The steel door opens, and, for the first time in more than two months, we are offered recreation in the outside cage.

The walls are thirty feet high, and the cage ceiling is fencing material. The sun hurts my eyes. There is a breeze. I walk to the corner and stand on tip toes. I can see the tops of a few trees. I wait. Maybe I will see a bird.

I begin to pace in laps. On one wall an artist has penned a gigantic, wall-spanning erect penis, with anatomically correct, pendulous balls.

I see a spider. What a blessing. What a beautiful, living creature, I think. My heart skips.

The breeze seems to be from heaven. I can hear birds.

As YaYa is killing the spider, I try to find a bird to focus on. I look for the tops of the trees.

I carry the new pain back to the cell and sit with it. There is nothing else to do.

The Tops Of A Few Trees: Frog Gravy 34