My Day To Clean The Cell: Frog Gravy 32 [with jail art] 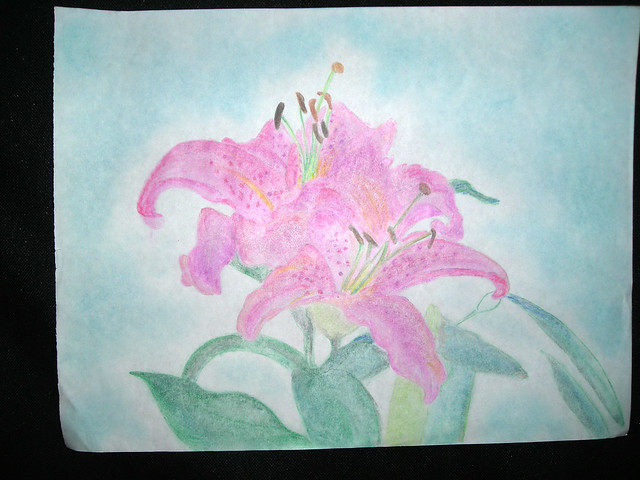 Author’s note: Frog Gravy is a nonfiction account of incarceration in Kentucky, in jails and in prison, and is reconstructed from my notes.

Names have been changed, except in this case, the name Bill Adams is real.

Other posts are here: froggravy.wordpress.com.

At 5 AM, the steel door opens and a Class D, accompanied by a guard, rolls a mop bucket into the cell. I get up to retrieve the bucket and attached supplies, and begin cleaning the four-person cell housing six inmates: four in steel bunks and two on the floor.

Everyone else in the cell is asleep because we have predetermined a rotating cleaning schedule. We take turns and, whoever cleans has control of the TV for the day. My TV thing never really works out very well, because I cannot handle any conflict, so when another seasoned inmate like YaYa hijacks my TV day, I am just not aggressive enough to fight it. After all, she outweighs me by 185 pounds.

The surfaces in this cell that I will clean are as follows: the steel toilet, sink and mirror in the bathroom, the shower, the steel table and benches, the TV, the telephone cradle, the hallway windowsill and the floors.

The supplies that I have to clean these surfaces are a mop with bucket and clean mop water, two individual paper towel squares and one-half bottle of watered down disinfectant.

In eager anticipation of this cleaning duty, I have pre-written a letter to Frankfort, asking for some advice on how the clean a four-person cell housing six, with two single-layer paper towel squares.

I snatch the paper towel squares, fold them, insert them into the Frankfort envelope with the letter, affix postage, and place the letter with my outgoing mail. I then produce a Maxipad from my pad ration (I do not use pads myself) and clean the cell with a Maxipad.

The jailer here, Bill Adams, has posted two signs in the window for us and I read them. The first one says:

Staph skin infection and MRSA. What is a Staph infection?

Staphylococcus aureus is one of the most common infections in the US.

Staph is ususally found on human skin, the nose, the armpit, and the groin area.

Most of the time, Staph carried in the nose or on the skin does not cause infection. When it does, it usually causes minor infections, such as pimples, boils, or abscesses.

MRSA is a type of Staph germ that has developed resistance…-snip-…pimples, boils, abscesses…-snip…A sample of drainage…-snip-…other antibiotics…

How do I know if I have a Staph infection?

…skin may be warm, swollen, have pus, pimples, boils, blisters…-snip-…may be mistaken for spider bites…

How can I prevent Staph?

What should I do if I think I have Staph?

Immediately notify the medical department by filling out a request form.

Do not squeeze the boil or pimple.

Later in the day, we all learn that Meg has a sore on her labia, because she announces, at maximum volume, “I’ve got a sore on my tooter you guys.”

But since she is from Boston or someplace ‘back East,’ her statement comes out like this, “I’ve go-aht a so-ah oh-un my too-dah. I can’t help it if I’ve go-aht a boy-ull oh-un my puss.”

She asks me if she should pop it. I say, “No. Go to the doctor and tell them that you have a vaginal infection.”

Meg writes out all these forms and, five days later, when the sore is the size of Volcanoes National Park, they see her (and extract five dollars from her books).

At daylight, breakfast arrives (it is actually pretty good here, I will give McCracken County jail that much but nothing else): sausage, 1 sl toast, dry cereal and peaches. Down the hall, Harry, now awake in his isolation cell screams, “HELLLLP! Let me out!! HELPME! HelpmehelpmehelpmeHELP!”

“Ever seen Harry?” I ask Christie.

“Never once,” she replies. “And I’ve been here for seven months. I do not think they ever let him out for rec.”

“He smeared shit on the walls, I heard,” offers Tina.

I say, “Maybe he wouldn’t do that if they’d lighten up on the pepper spray and provide rec to the man. He might have been kinda normal when they put him in there for all we know. Putting anyone in that situation will make them crazy.”

The ‘wash your hands’ portion of the posted signs actually makes sense. That is, of course, if there is a way to do this.

There is an entire hallway of cells in this very jail, with these very signs posted everywhere, that lack soap, hot water, or paper towels. The push-button water spout in the steel sinks points upward like a drinking fountain, and the water stays on only for a fraction of a second when you depress the steel button.

In these cells, that are constantly occupied by a transient passing parade, you must push the water spout button with one hand, and swipe the other across the stream. Then, you wipe the hands on the pants and go sit on the urine, semen and feces smeared cement floor, to stare at the hair and black mold in the floor drain.

These cells include: the drunk tank, the ‘suicide watch’ (hole) cells, the holes, and, yes, (This’ll kill ya)- the medical watch cells!

If you have Staph and are removed to ‘medical watch’ (the hole), there is no way to wash your hands. In fact, there is not a single bar of soap in that entire hallway of over-occupied cells. You cannot brush your teeth or shower either. During my week in the hole, I never showered, brushed my teeth, or touched any soap to my hands.

And trust me, there are lots and lots of bowel movements going on every day, sans hand washing in that entire hallway of holes. And that is just one example of one hallway, in one jail.

Author’s end note: I am, in spirit, with the October2011 group. I cannot help but picture this clip, Gary Oldman: “Everyone!”

My Day To Clean The Cell: Frog Gravy 32 [with jail art]