“But you must remember, my fellow-citizens, that eternal vigilance by the people is the price of liberty, and that you must pay the price if you wish to secure the blessing. It behooves you, therefore, to be watchful in your States as well as in the Federal Government.”— Andrew “Old Hickory” Jackson, 7th President of the USA, Farewell Address, March 4, 1837

Our Founding Fathers were determined to see their hard one liberties survive that nature of man.

In writing our Constitution, one of the 1st things they considered was the historic problem of violent and bloody succession of leaders.

The simple formula is this; the more concentrated the power of a people group, the bloodier the succession. In other words the fewer people who hold a nation’s power the greater the chaos as result of its transfer. It is the simplest economics, many grappling for a consolidated, rare resource and you get blood. The genius of the US founders was their deep insight into history and human nature. They understood this formula and structured the government to avoid this problem. Their solution was so simple it seems surprising. They structured the government to recognize every citizen’s sovereignty and made the leaders servants of those sovereigns. To further hinder the natural tendency for humans to consolidate power, they spread national power to sovereign states, and split the power of the central government to different branches.

In essence they made the resource of national power abundant to all by dispersing it to every citizen sovereign. This created a nation in which a person was empowered to pursue happiness as he/she saw fit and if someone tried to consolidate that power, it was so dispersed it would be difficult to accomplish. http://bit.ly/pnYDAb [Article Continues below almost universal translator]

Further, Founding Fathers did not believe mankind to be virtuous by nature. And so they built various checks and balances into the divided powers of Government.

“The fundamental understanding our US Founding Fathers had in drafting our constitution, is People under Natural Law have free will, and are not virtuous by nature. Therefore, governments must be constructed in anticipation of the nature of man.Acting on this knowledge, our Founding Fathers built into our Government and Constitution, various checks and balances.

Among the series of checks and balances the Founding Father’s provided us were:….
Continue Reading the Rest of the Story for free by clicking here – Examiner.com

Please join with me in mutually pledging to each other and our fellow citizens our lives, our fortunes and our sacred honor to our mutual endeavors of restoring liberty and economic opportunity to WE THE PEOPLE as our Founding Fathers envisioned and intended. [Last sentence, US Declaration of Independence ( http://bit.ly/ruPE7z )]

The Minnesota Militia is planning a meet and greet for Sunday October 2, 2011. More details as they become available. http://bit.ly/n6cnqh

Get A Grip America
http://getagripamerica.us

Get out of our House
http://GOOOH.com

Critical Thinking Notice – This author advises you as no politician would dare. Exercise Critical Thinking (http://exm.nr/ny4q7y ) in determining the truthfulness of anything you read or hear. Do not passively accept nor believe anything anyone tells you, including this author… unless and until you verify it yourself with sources you trust and could actively defend your perspective to anyone who might debate you to the contrary of your perspective. 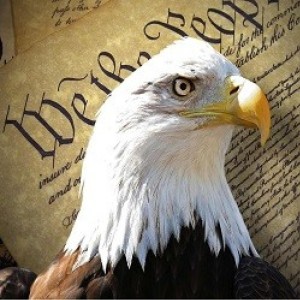