Kubler Ross and The Obummer Phenomenon

This is my first post as someone who has been lost in the wilderness as a Progressive; who naively championed Obama back when it was Hillary and the Seven Dwarves. (I even used to compare him to my personal idol, Bob Marley, another bi-racial charismatic with universal appeal. I blush in shame over that comparison now, much to the loving ridicule of my closest friends and family!)

The bloom came off the rose early for me. As soon as he vanquished Hillary, Superfly zoomed away from being the transformative campaigner and inspiring motivator into this prissy and ungrateful cyborg. He is quite the master of passive aggression who despises his base. The more loyal the devotee, the more contemptuous he became. I call this the Cornel West Effect.

The warning signs were there for all to see. Post Primary Season he started ridiculing Marijuana de-criminalization at Town Halls. Soon after he groveled at AIPAC. I blithely wrote off his craven FISA vote as gamesmanship from a guy with a healthy lead; no need to create a ‘soft on terror’ wedge for the senile McCain to close the gap.

When he gave his acceptance speech, I got goosebumps. Are the Nightmare Years over? Is this how Europe felt the day they heard Hitler blew his brains out, living like a rat in a Berlin bunker? A new era ably lead by a young man that represents the future of a permissive, multi-cultural society. The messiah, (small m), who would usher in a Progressive agenda to nimbly replace the abysmal twin failures of Neoliberalism and Neoconservatism. I’m no utopian, I believed Obama had a plan!

Moses turned out to be Pharaoh.

Now I bring in Kubler Ross and the 5 Stages of Grief:

Rahm Emannuel as Chief of Staff? That vampire? Hillary at State? WTF? Gates retained at Defense? *Spit-take* Geithner, Summers and Rubin? Those Three Stooges are gonna get us out of the Greenspan Recession? No effing way!

B-b-but I thought we were getting Hope and Change not Chump Change? Moldy Clinton era leftovers and Bush’s sloppy seconds: the beginning of when Hope, capital H, begins to curdle…

….the Road to Damascus moment you realize Hope & Change is as bogus as Shrub’s heinous con, Compassionate Conservatism.

Strategic capitulation and leading from behind. An ever growing list of servile cowardice and collusion with the Goliaths against the Davids Obama pledged to champion.

I loathe the man. There is nothing noble in selling out. I quit the Leftwing Lemmings at Moo-ve On rather than serve this callow villain. Obama shows the thin line between love and hate.

My personal expression of giving Obama the Hairy Eyeball is unique and not a little weird. My best friend is Sicilian. I learned of the Maloccio. The Devil’s Horns. The Heavy Metal salute.

Now when I see Obama on tv with that sour lemon look, I cast the Maloccio towards him. I utter a little sound effect, pffffft, like there is malevolent energy zooming from my fingertips. My paisan said, “The Maloccio is intended to cause its victim to become impotent.” My reply, “The way Obama lets Bohner and Cantor tag team him, I think that ship has sailed.”

To bargain implies I have something to offer in trade. All I have is my vote and he lost that glimmer of hope with the debt deal. I will not support the lesser of two evils. Clinton committed his worst sins in his second term with a Republican Congress. Obama is two years ahead on that game plan. There is no Second Term Miracle. The Jamaicans have a saying equivalent to The Who’s “Meet the new boss, same as the old boss”. The Rastas call it “the same thing for breakast.” And that breakfast is gruel.

Since the Supreme Court Coup I have consumed progressive politics with full gusto. I boycott all corporate media brainwashing so I have been making mostly accurate predictions since Martha Coakley got her asskicked. My last name is Nelson so I have taken to calling myself Nelstradamus. But really, I am Cassandra. Cassandra was cursed by the Gods. She could predict the future but damned because no one would believe her.

The “Lesser of Two Evils Argument” for a second Obama term is my depression. Obummer indeed.

I am an Academic at a major State University. I have my retirement serviced through TIAA CREF. I called them to book a portfolio overview with a financial advisor. When asked what my purpose for the appointment was, I said, “I need to take into account for staying in the workforce until 70 years of 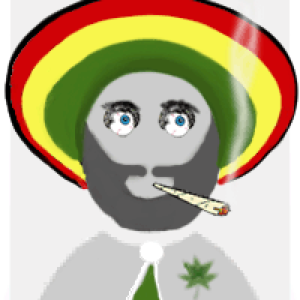 Kubler Ross and The Obummer Phenomenon