The rug shop on Chicken Street 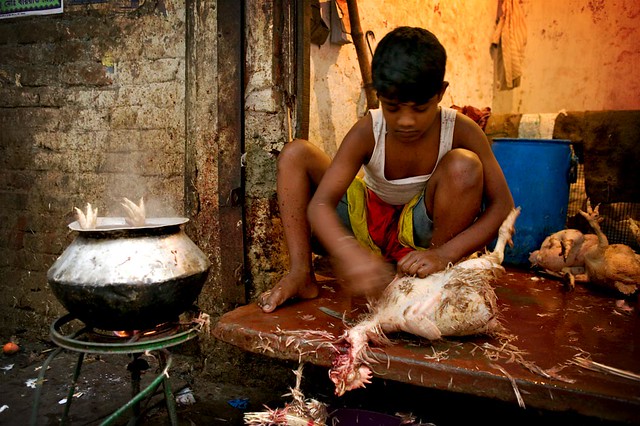 No, this isn’t about Obama’s ‘plan’ to address unemployment(jobs) though ‘chicken street’ might be an apropos address for him. For instance, U.S. infrastructure is in need of $2 Trillion dollars.

Obama’s plan calls for $140 billion for modernizing schools and repairing roads and bridges. There 1,000 billions in a trillion so what Obama is calling for is less than 10 per cent of what is needed for U.S. infrastructure. So much for ‘thinking big’.

But back to ‘chicken street’:
What Afghans think of the war: ‘Why are you Americans here?’
“Though Mr. Qul sells predominately traditional Persian carpets, like most Chicken Street venders he offers a small selection of Sept. 11-themed rugs. These commemorative carpets are about the size of a doormat and feature crude, hand-woven images of planes striking the World Trade Center.

Despite selling several of these rugs each month, Qul says he doesn’t really know where the image on them comes from or what Sept. 11 is.

It’s just an item in our shop that we sell to Americans and Europeans,” he says with a shrug.”

“The foreigners absolutely did not communicate…. They only spoke with bombs and guns,” says Najib Mamalai, an independent political analyst in Kabul. “They alienated every single human body in Afghanistan, Pakistan, Iran, and Iraq to their causes. Nobody believes in their cause now.”

“Indeed, foreign aid in Afghanistan has had such a massive impact that the World Bank now estimates that international military and donor spending accounts for 97 percent of the country’s gross domestic product. This estimate has triggered concerns among US policymakers that the Afghan economy might collapse as foreign spending decreases in Afghanistan.”

And the ONLY way so called defense spending will be cut is the failure of Catfood Commission II and Obama’s plan.

The worlds biggest arms suppliers are the U.S., U.K, France, Russia, and China.

They are also the five permanent members of the? U.N. security council

The rug shop on Chicken Street