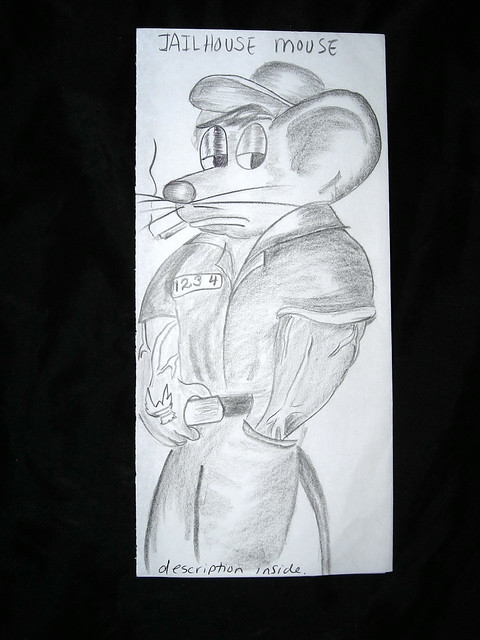 Author’s note: Frog Gravy is a nonfiction account of incarceration in Kentucky, first in jails and then in prison, during 2008 and 2009, and is reconstructed from my notes.

Names are changed, except for nicknames that do not reveal identity.

Other posts are gathered at: froggravy.wordpress.com

After nearly a year in two Kentucky county jails, I am thankful to be in prison at last. County jail time is the hardest time that an inmate can possibly do. There is no education, little or no treatment, often no work or not enough work, few programs, and rarely, in some cases, is there even the one hour of recreation. Twenty-three hours a day in a cell is simply not true. In McCracken, for example, I was in the cell for weeks at a time without recreation.

Kentucky warehouses non-violent inmates in county jails, often for years at a time, and it ruins people. Kentucky is turning county jails into prisons.

A brief general note on classification: A Class A felony is the most serious, and carries a minimum sentence of 20 years to life.

I was convicted of two drug felonies: possession of one-tenth of a gram of crack and tampering. I received nearly the maximum sentence for each- four years each for a total of eight years. So, I was a Class D. But since my sentence was so long, in some circles I was considered a Class C. In other words, the sentence length was problematic. It was too long for some things and not long enough for others, leaving me in an exclusion zone with very few options. I could not get to prison, because of my non-violent status. But I could not get into any programs either, because my status was technically not serious enough. The judge denied all forms of treatment. Once I was with DOC, I could not get into some programs such as the Substance Abuse Program (SAP), because I was a Class D and not a Class C. But I could not do Legal Aide training or work in industries because my sentence was not long enough.

Never in my life did I imagine that there would be a time that I would beg to get to a penitentiary, but I did. I often joked that, had I known all of this beforehand, rather than not commit a crime and receive an eight-year sentence that was for non-violent crimes, I might have fared better if I had killed someone. At least I would have been in prison, doing something constructive. Alternatively, I would have been free much sooner, had I taken a deal. However, I steadfastly refused any and all plea deals.

All penitentiary inmates (there are about 700 at PeWee) are required to work. I am ecstatic to have an outside job with the landscaping department.

Last night’s fried fish dinner was awful for everyone except Bob, the resident possum, who was happy to have fried fish. Poor thing. He is so ugly he is cute, and today he came so close that I got a good look at his pink snout.

I pull out a nail clipper and clip five holes in each of two tube socks, and place the socks on my hands. Over the socks, I put on cloth work gloves.

In the cardboard recycle pile at work where I break down boxes, I find two full bags of discarded chips and save them for Bob and the birds. Already, my prison name is Bird Lady. Most inmates do not even know my name. I am Bird Lady, or Miss Bird Lady, a polite, Southern way of saying the name.

As I break down boxes, I read labels. Our produce comes, for the most part, from foreign countries. Indonesia, The Philippines, and so on. Our shoes, socks, hygiene products and almost everything else come from China, Vietnam, Mexico and other places. I notice that some beef products come from Brazil.

My current colored pencils come from China. An earlier set was made in Indonesia, probably in a sweat shop by people who do not read, write or draw. I begin to wonder why we hate immigrants so much in this country, when we outsource our labor. Foreign hands sew our clothes and pick our produce, so why do we get hateful when people want to come to this country to do the same work?

My current inmate work partner, Molly, did not come to work this morning; she uses the weather as an excuse for her laziness. I am relieved, because I would have received some unwelcome, far-fetched lecture about Bob and how, at any moment, he may just attack us for no reason. I got the lecture yesterday, and I cannot reason with Molly by pointing out that possums are hated, abused and harmless.

Sometimes you cannot reason with non-reason. I once heard an inmate go on and on about the danger and aggressiveness of ladybugs.

There is a Jail House Mouse pictured above. Here is his description:

-Born in a hole in Soledad.
-Never knew his mother
-never knew his dad.
-been in every prison, level one to level five.
-Harley wings tattoo in Folsom.
-steals commissary, cell to cell and sneaks into cells and takes cookies from boxes.

Author’s end note: This is to be continued. I am trying to keep each post short.